When he was just 10 months old, Abhishek tragically lost his father, Arvind Saraf. His mother Pratibha Saraf raised him on her own and taught him the importance of discipline and hard work, which proved to be crucial for his success.

They faced a fair share of financial problems in the early days. Abhishek also has a brother who works as a business development manager for a private firm.

Abhishek was a very bright student since the very beginning. After passing class 12, he appeared for the JEE examination and cracked the exam with great success as he secured All India Rank eight. After that, in 2018, he graduated from IIT Kanpur.

It was Abhishek’s fourth attempt to clear the exam. After graduating from IIT Kanpur, he was also selected by Indian Revenue Services in 2018. What follows is the information regarding Abhishek Saraf optional subjects, his biography and more.

Failures and Getting Over Them

After Abhishek was selected in the IRS, his mother, who he considers as his source of strength, motivated him to reappear in the UPSC examination.

It was always his dream to become an IAS officer, as his maternal uncle is an IAS officer and Abhishek considered him as his inspiration. But when he appeared for the exam, he was not even able to clear the prelims.

Abhishek was dejected but he did not give up. He took a break for a couple of years and in 2017, he gave his second attempt. This time, he cleared the exam but did not get IRS or IAS as he had secured a low rank.

He did not do well in the essay as well as general studies. He had taken coaching but said that it did not help him much. However, he learnt from his mistakes and started preparing for a third attempt.

He appeared for the exam for the third time in 2018. This time, Abhishek secured a rank of 248. Notably, he did not take coaching this time. He was not able to score enough marks in general studies but scored good marks in the essay and his optional subject.

Due to this, he was selected for the customs department in the IRS. However, he was not satisfied even this time.

Finally, in 2019, he gave his fourth and final attempt and secured an All India Rank four in the UPSC CSE.

But Abhishek made that decision which in turn, proved to be a great boon for him and it showed on his mark sheet.

Abhishek was recently asked in an interview to share the strategy he followed to prepare for UPSC.

Mains: “I chose civil engineering as my optional. The reason behind that was me having graduated from the same field and also having cleared the Engineering Services Exam back in 2013.”

“Studying this subject was a bit easier for me. Hence, I studied for my optional just between the prelims and the mains. I divided a full day’s time into three parts. For three to four hours I read the newspaper, and for four hours each I studied two GS topics.”

Having a personal mentor is a blessing in disguise while preparing for UPSC.

UPSC Pathshala’s personal mentors are experts as they give a free demo class and their experienced teaching methodology is the best. 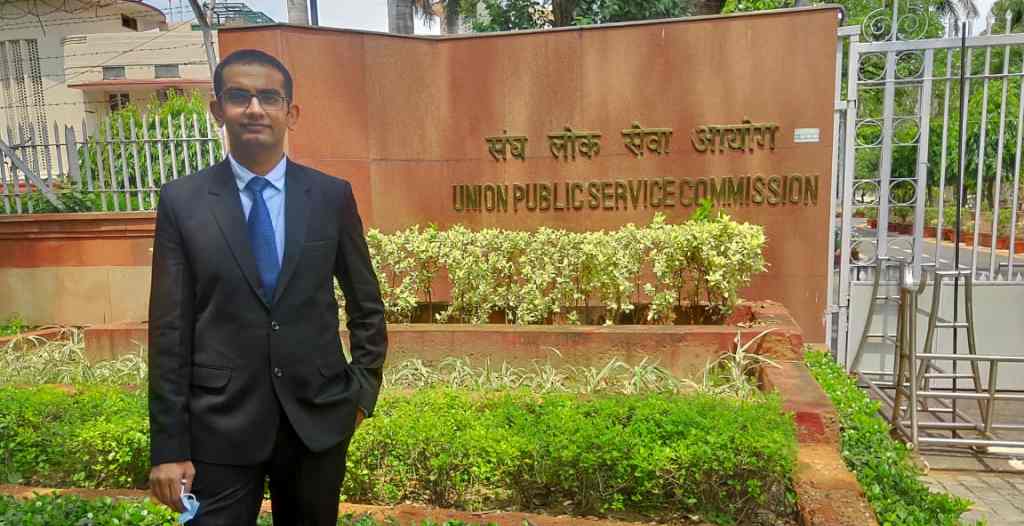