The recently proposed Citizenship Amendment Bill 2016 was in the news when Rajya Sabha appointed 10 of its members to the joint committee of parliament to go through and analyze this bill thoroughly. The bill is under the scrutiny of the opposition as well as the Intellectual fraternity of the country.

In this article, you are going to discover what is the citizenship amendment act? How many times the citizenship act was amended? We will also discuss the original Citizenship Act and the proposed amendments by the current union government and analysis of the bill with a perspective of the Indian Constitution.

What is CAA or What is the Citizenship Amendment Act?

The law also regulates the registration and benefits conferred on overseas citizens of India. Since its inception, this CAA Act has been amended for various times. The recently proposed amendment by the Union Minister of Home Affairs seeks few fundamental changes in the original law.

What is the Citizenship Amendment Bill, 2016?

Before the Citizenship Amendment Act 2019, in 2016 also there was an amendment. The Citizenship Act defines an illegal migrant as a foreigner who enters India without valid passport and documents or the one who stays beyond the permitted time. According to the newly proposed amendment to the bill-

A) The Hindus, Sikhs, Buddhists, Jains, Parsis and Christians from Afghanistan, Bangladesh and Pakistan will not be considered as illegal migrants.

B)  The people who have been exempted from provisions of the Passport (Entry into India) Act, 1920, and the Foreigners Act, 1946 by the central government will not be considered as illegal migrants.

C) The bill creates an exception for the migrants from communities mentioned above to grant them citizenship with neutralization.  People from these communities can apply for citizenship after six years. (The previous requirement was to complete 11 years before such application.)

Purpose of the Citizenship Amendment Bill

The CAA amendment act bill confers Indian citizenship to such refugees. The citizenship will provide them with life and liberty and various fundamental rights entitled to the Indian Citizen.

Why is the Amendment Bill under Constant Criticism?

The CAA Act bill is under a lot of scrutiny in India as it is non-inclusive and discriminatory. The bill is mostly focused on the Hindu community and the communities associated with Hinduism such as Buddhist, Jain, Parsis.

The bill directly contradicts the genesis of the idea behind the Indian constitution, which confers citizenship and fundamental rights to its citizens.

Concerning Tibetan refugees, Indian Prime Minister Jawaharlal Nehru has given three principles to be followed for the treatment of refugees in India. They are –

The current amendment bill contradicts these basic principles as it lists out only non-Muslim minorities from these three countries.

In Pakistan, around 2-5 millions of Ahmadiyya community is under persecution and discrimination by the Sunni majority in Pakistan. Many fundamental Islamist groups in Pakistan have started and organized the anti-Ahmadiyya movements for past many years.

In Myanmar, the Rohingya people of the Muslim minority community are considered stateless entities as the Myanmar government does not recognize them as one of the ethnic groups in the country. Rohingyas have faced an outbreak of mob violence by the Buddhist monks.

The Indian constitution upholds the secular character of the Indian state by granting the spiritual and religious rights to its citizens without considering the religion. But the currently proposed amendment singles out the persecuted and tortured Muslim communities in our neighbouring country.

How is the Citizenship Amendment Bill Incapable of Solving the Issue of Tamils in Sri Lanka?

The later PMs like Lal Bahadur Shastri and Indira Gandhi changed their stance towards solving the issue of Tamil Immigrants in Sri Lanka. The aggressive policies led to the persecution of Tamils and were answered with the formation of LTTE with a demand of a separate Tamil state.

Over the years thousands of Malaiha Tamils have receded in India seeking for Indian citizenship. But the current Act does not recognize their plea for citizenship. The reason being that the ‘Tamil’ is an ethnic identity, not a religious identity as required by the proposed amendment.

Why does this CAA Amendment Bill not Mention Nepal and China?

In the Chinese province of Xinjiang, the mass persecution of a Turkic-language speaking group Uyghur was carried out. So, India which welcomes the Tibetan refugees with both hands is reluctant on the Uyghur issue.

In Nepal, natives of the Madhesh plains of Southern Nepal in the Terai belt of South Asia are an indigenous ethnic group called Madhesis. They are considered as dual-citizens, Indian and Non-Nepalis by other major communities of Nepal. But, the Madhesis being an ethnic group and not a religious group has no recognition in the currently proposed amendment bill.

The current move of the Indian government is to appease the Hindu community in India by declaring India as the Homeland of all the Hindus across the world. Even the other mentioned religions in the bill are of the Hindu ethos. If passed, this bill will help to allow citizenship to many Bangladeshi Hindus and boost the Hindu vote bank in West Bengal.

It is true that the situation of coming refugees is an extra burden on the economy and administration in any country. But dealing with these issues with a global outlook with humanity is expected. Such a significant shift in India’s policy should be studied and analyzed thoroughly, rather focusing on temporary electoral gains.

There are mixed views about the CAA and NRC issues. Many believe that as India is a secular country, it should welcome all people no matter what is their religion or their origin. There are also people who support the agenda of the bill and wish for a Hindu country.

What is your take on this? Do share your opinion on this because it is very important for UPSC aspirants to have a clear opinion about things that are taking place at the national and international level. So, keeping this in mind, take the Citizenship Amendment Act or CAA seriously for UPSC and work after building a strong opinion. 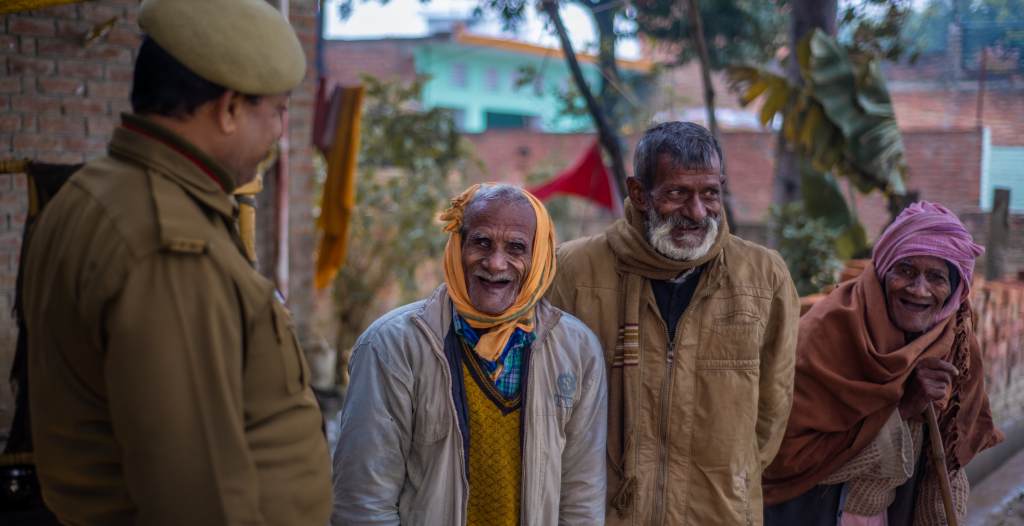