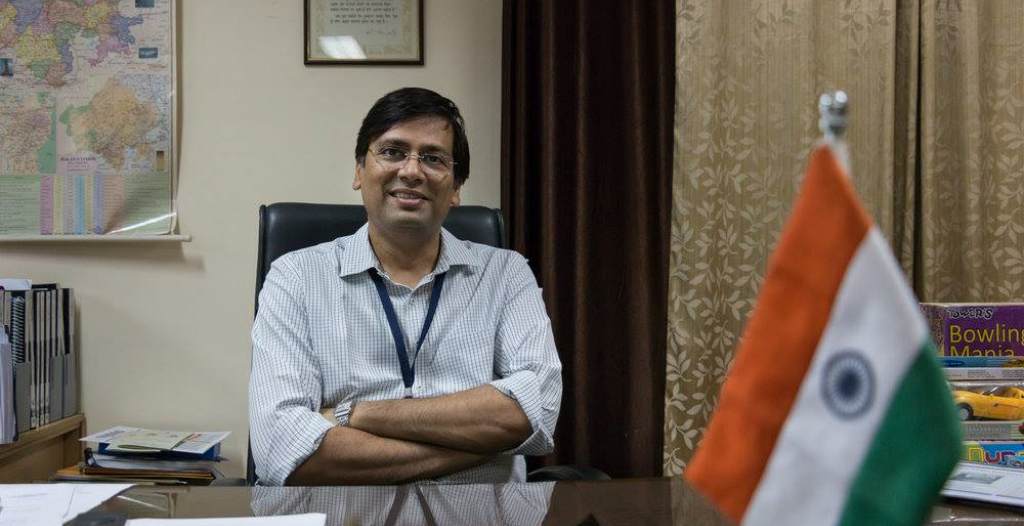 Samit Sharma was born in 1972.  He wanted to become an IAS officer since his childhood days. This seed of joining Civil Services was implanted by his science teacher after he secured the highest marks in 10th standard in his district.

In Samit’s locality, there was a constant problem with electricity and water. He always wanted to do something about these problems. To solve the problems of the people became his life goal. After schooling, he did his graduation in M.B.B.S. Later he did his post-graduation in M.D. in paediatrics from Rajasthan. He practised in different hospitals of Rajasthan for about five years as a medical doctor before preparing for his IAS exam.

Samit was District Magistrate of Chittorgarh. He worked as a Sub-Divisional officer from 2006 to 2007. Samit has also worked as Zilla Parishad (ZP), Chief Executive Officer, Nagar Nigam, Kota from 2007 to 2008 while serving in Land Revenue Dept. and public works.

Dr Samit Sing’s wife is also a medical doctor and they have two kids. One of the most iconic moments was when he worked on a generic medicine project in Chittorgarh.

Samit worked with the Government of Rajasthan on “Access to Low-Cost Generic Medicines, Rajasthan”. About 40 % are not able to pay for drugs due to the high cost. The main goal of this project was to provide low-cost drugs for people.

To achieve this a notice was issued to all the district government doctors to prescribe and use generic drugs exclusively. These low-cost high-quality drugs were obtained from Government-run cooperative stores. Apart from this many awareness camps were organized to educate people about the low-cost drugs.

In 2009, once Samit Sharma was transferred from an IAS office because he didn’t sack a lower divisional clerk as he didn’t stand up when an MLA had entered the office (which was ordered by an official circular). Over 12000 government employees in Rajasthan’s Chittorgarh district took mass leave to stop the transfer of District Magistrate Samit Sharma. But thankfully this didn’t stop him from doing great work. His innovation in low-cost medicine has benefited many and should also be adopted by other states.

His contribution to the project “Access to Low-Cost Generic Medicines, Rajasthan” would be one of the most remarkable works done by an IAS officer in the Health Care sector. Of course, there are still many problems faced such as Doctors’ refusal to prescribe low-cost drugs and people being sceptical about the quality of the drugs due to their low cost. But still, the awareness camps are changing people’s minds day by day. His rebellion and hardworking attitude is proof that he will always do what is right!

Do you find Samit Sharma’s work inspiring as well? Let us know in the comment section below.

IAS Seniority List: Know All about the Civil Services Profession