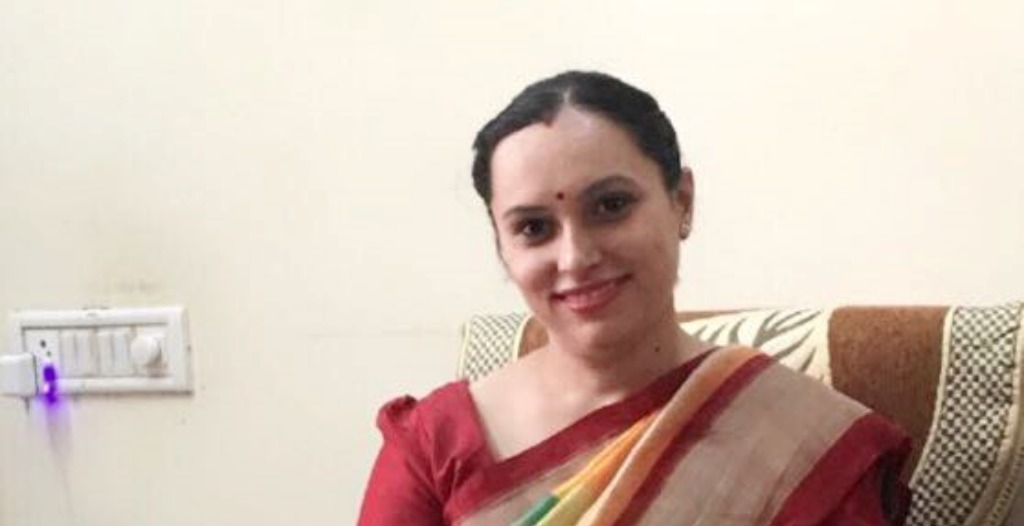 Komal was born on the 19th of January in 1981. She is currently 39 years old. Komal hails from the town of Savarkundla in the state of Gujarat.

Komal was married to a man based from New-Zealand in the year 2008. The man was a businessman at the time.

Soon, her in-laws had started to ask for dowry and ended up throwing her out when she could not deliver the demanded dowry.

Her husband had left her and had gone away to New-Zealand never to be seen again. Kamla had definitely thought that she had lost everything but her upbringing did not let her quit that easily.

Her father had always told her to give a lot of importance to education and had given her complete freedom in life. Her father had introduced the topic of UPSC in her life at a very young age of just 4.

Thus she decided to write the UPSC exam. She had to shift to a small village so that she could stay away from the negative societal pressure.

She had taken up a job as a government teacher but this did not help her in UPSC preparations as the village had a very bad communication infrastructure. No internet, no English newspaper, no laptops, but she did not give up so easily.

She attempted the exam more than just once. She did not get a good rank or did not clear in her first three attempts.

In the year 2012, she finally cleared the exam and had gotten an all India rank of 591. She had been allocated to the IRS.

Her current posting is in the Ministry of Defense located in the national capital Delhi. She also has a child now from her second marriage.

Preparing for the UPSC was very difficult for Komal. She had to be very creative with her strategy as she was not able to use all the facilities like a regular town or city aspirant. She was living in a village with very basic facilities.

Komal had to use Gujarati as her medium of writing the paper as she had to adjust to her conditions. Her optional subjects were History optional and Gujarati Literature.

She briefly attended the Sardar Patel Institute of Public Administration to prepare well for the exam. This institute is set up by the government of Gujarat to help candidates in achieving their dream of becoming a civil servant.

These were her marks in the year 2012 when she had finally cleared the exam in her fourth attempt and had gotten an all India rank of 591! Her hard work had finally paid off and her results speak for her effort.

There is a lot to learn from toppers. Candidates generally look for strategy, book lists and things related to the exam, but not many look for the hardships these toppers have faced to get the results they have.

This biography can help candidates in many ways. The most important aspect of the exam is mental strength, and the story of Komal Ganatra is a story of hardships. She believed in her strategy and herself. She did not care about what anyone had to say and went to follow her dreams.

She did not get there very easily. She had to put in the efforts for years and finally achieved her dream. It is never going to be easy, so even if you fail, do not worry. Failure is a part of your journey, not the end of it. So do not give up!

Passing the UPSC exam is always a big task. Komal Ganatra had been going through a low patch in life but yet did not give up.

Her journey from the start has been inspiring. She is currently posted with the Ministry of Defense.

Article Name
IAS Komal Ganatra Biography: The Rise of a Phoenix from its Ashes
Description
Want to read about Komal Ganatra the IAS aspirant? Read this biography of Komal Ganatra and know about her rank, marksheet, strategy and more. Click on the link to read.
Publisher Name
UPSC Pathshala
Publisher Logo