It takes a lot of hard work to pass the Union Public Services Exam and become an IAS officer. Many people are aware that the UPSC is among the most difficult exams to pass. Every year, millions of students from India take the UPSC test in the hopes of securing one of the few hundred available seats. Some hopefuls find success on their first try, while others fail several times. Today, we’ll tell you about Dr. Neha Jain, who opted to become an IAS official after retiring as a dentist. Despite the fact that Neha did not pass the UPSC test on her first attempt, she didn’t give up.

Let’s take a look at Dr Neha Jain IAS’s life from a Dentist to an IAS topper.

In the following sections, you will know about Neha Jain’s biography, family, interests, current posting, marksheet and exam strategy. Read thoroughly to not miss out on anything.

Neha Jain was born in Delhi and completed her education there as well. Following that, Neha earned a degree in Dentistry from a reputed Delhi institution. After earning her degree, she began working as a Dentist Consultant. She had a great dental profession, but UPSC had always been her calling. She began preparing for UPSC while working since she didn’t want to jeopardise her profession.

Her family consists of her grandmother who is the head of the family. Her parents Mr PK Jain and Mrs Manju Lata Jain work for The New Assurance Company LTD. Neha’s younger brother is a medical student pursuing his degree from North DMC Medical College – Hindu Rao Hospital.  She is very thankful to her family for their continuous support and blessings that have helped her throughout.

After serving as a dentist, she realised she wanted to get into an administrative setup which also represents one of the country’s most prestigious jobs. Also, the prospect of leadership, diversity and prestige that came with a civil services job was too hard to resist.

Neha Jain topped the CSE 2017 with an All India Rank 14 and hence became a popular search on google ‘Neha Jain IAS’ or’ Neha Jain wiki’ for many future aspirants. Her mark sheet is one of the most sought after on various IAS aspirant sites today. Completing her education from NK Bagrodia Public School and then graduating from Maulana Azad Institute of Dental Sciences with a degree in dentistry, she went on to work as a Dental consultant in Oberoi Dental Clinic.

Throughout her schooling, she remained a meritorious student but wasn’t excessively studious. Her journey to where she is now was anything but easy. Working left her with less time to prepare as compared to her peers who were diligently preparing for the same. However, that didn’t stop her from working hard. Time management played a major role as she took advantage of every single second bestowed upon her. She opted for a mix of traditional and online coaching which means whenever possible, she took online lectures.

She figured out if she took care of her Essay, General Studies and Optional Subject, clearing the exams would not be difficult. For Essays, she strategically made pointers on a wide variety of topics that she suspected would come in the paper and practised two. Through this, she had a very rough idea about the structure she had to attempt.

She opted for Law as her Optional Subject since her father and her uncle have a degree in LLB. They gave her an overview of the things she would have to deal with and take care of during her preparations. She took notes from 3 institutes for her optional subject.

She read newspapers like The Hindu’ and The Indian Express for current affairs and editorials and noted important events. According to her, one should opt for the optional subject of their interest.

For her prelims, her strategy was to take the 60-day prelims program. She also took two full mocks just before the prelims which consisted of something similar to that year’s Prelims format.

For her MAINS, she took the TLP Mains Answer writing where she attempted five questions every day and was reviewed for the same. Even though the initial reviews were bad, she didn’t give up. In fact, she became more diligent in writing those answers every day. Slowly but steadily she improved her speed as well as writing quality.

She took several tests and practised mocks while surrounded by the exam environment. She analysed the same, made notes and also ensured to not repeat the same mistakes again.

Since she was working, she devoted 5-6 hours of serious studying every single day, which gradually increased to 8-10 hours for the last few days as she had taken a study leave from her clinic. During this crucial period, she revised the syllabus and solved the previous year questions.

How to Make Notes for UPSC?

Read your textbooks first, then take down notes on the second reading. Never begin jotting as soon as you begin reading your textbooks. Making bullet points is an essential component of taking notes for the UPSC test. Always remember that your NCERT notes for UPSC will be in bullet form. They should be brief, succinct, and simple to comprehend. When you read a newspaper, you’ll notice that many of the stories are closely connected to other topics. Always attempt to keep track of or summarise the articles or editorials that you believe are essential. Wherever feasible, use graphs or hierarchical charts. Maintaining your notes is one of the most essential things you can do. When you add your notes, you receive the most up-to-date information and it’s easier to find everything in one spot.

Lastly, she advises all current and future aspirants to be consistent in their efforts and have a belief and a positive attitude.

Hailing from a middle-class family in New Delhi, Neha made the headlines as a topper of the Civil Service Examination in 2017. At such a young age she has been successful in achieving what others could only think about. After tremendous hard work and perseverance, she is proudly known as ‘Neha Jain IAS’. Her current posting is in Firozabad as the Chief Development Officer.

This was the enlightening journey of IAS Neha Jain. Stay tuned with UPSC Pathshala to read and get inspired by more successful journeys like this. 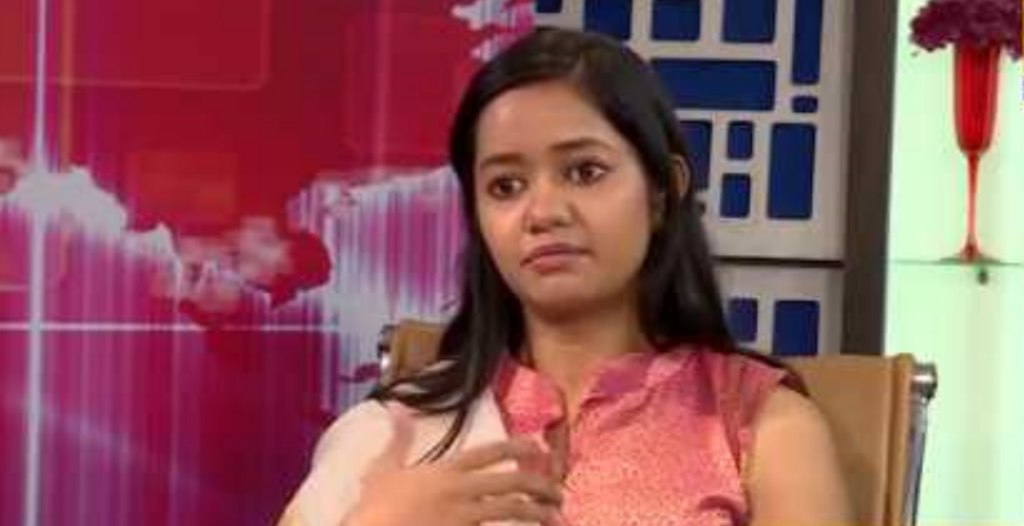 Is English Literature a Good Optional for UPSC? Strategy to be Successful

What is the Mid-Day Meal Scheme in India? Know the Facts for the UPSC Exam