It isn’t easy to clear the UPSC Civil Service Examinations. One has to toil hard and keep himself motivated if one wishes to achieve the pinnacle of success. After years of preparation and motivation students are still unable to crack this examination. But if one is determined to crack the UPSC examination and serve the nation, then nothing can stand in your way.

This article covers the story of one such individual. Often known as the superman of UPSC examinations, IAS Rahul Pandey has cleared the UPSC Civil Service Exams not once, not twice but four times. There are not many who can achieve this feat, but Rahul is one of those. The amount of determination and motivation shown by Rahul to achieve this feat is truly commendable. Continue reading this article to know more about IAS Rahul Pandey, current posting, wiki, UPSC ranks and preparation strategy.

Rahul Pandey’s IAS dream began in 2010 when he cleared the UPSC Civil Service Exam with an All India Rank of 106. He believes he was fortunate because this was the last year that the old UPSC pattern existed and he was able to benefit from it. He was allotted the Indian Police Service and UP Cadre.

He often mentioned that luck was on his side throughout his preparation. Rahul prepared for the UPSC exams while pursuing his training at the Sardar Vallabhbhai National Police Academy, Hyderabad. Candidates are usually not allowed to appear in the UPSC exams while training at the academy, but Rahul was permitted by his director. He got an All India Rank of 330. He still wasn’t satisfied.

In 2012, Rahul attempted the UPSC CSE once again while posted as an under-training SP at Mathura. He got a UPSC rank of 290. Rahul decided to appear in the UPSC exams once more in 2013 and that’s when he landed in the Indian Administrative Services. Rahul is currently posted as an Additional Secretary in the Lieutenant Governor’s Secretariat. He also holds additional charge as Director of Information, Jammu and Kashmir.

Once he read the paper carefully, he realized that the only thing that was necessary to clear the exam is to read the newspaper properly and daily and focus on the core and primary books required for UPSC preparation. The value addition of material other than these books and newspapers is very less. So even if you decide to skip them, it won’t matter.

Rahul believes that if you need to secure a good rank in the UPSC Civil Service Exams, then you should first analyse yourself. Try to understand your study pattern, weaknesses and strengths and then make a study plan accordingly. Rahul for example didn’t study in the morning. Rather he realized that he can concentrate much better at night so he slept throughout the morning and studied at night. He believes copying someone else’s study plan or preparation strategy won’t help and you would be cheating on yourself.

Rahul says that it is important that you take breaks between study sessions. The human mind can concentrate on a topic for around one and a half hours to two hours in a single setting. So taking breaks becomes an important activity as they help you relax and give your mind a rest. He also believes that you should try to maximize scoring in the areas you are strong in. A candidate can always work on their weakness, but one’s strength remains strength itself.

The thing that matters most is the candidate’s mental state on the exam date. There will be a lot of candidates who will have more information than you, but if you are in your zone on the exam day then nothing can stop you from clearing the UPSC examination. Those three hours when you are writing your exam, nothing else should matter. If you back your strengths, are calm and composed while giving the exam, then you are sure to do better in the exam. Rahul believes that you can always get selected in civil service with hard work.

Benefits of Choosing Public Administration as an Optional

There are multiple benefits of choosing Public Administration as an optional as compared to other subjects. Some of them are listed below:

IAS Rahul Pandey has never been a big believer in hard work. He often says that an individual should work smart instead of hard. When asked about why he attempted the exam even after securing a job in the IPS, he replies that he always aimed to join the Indian Administrative Services.

He also adds that if the government has allowed you to take the exam several times then why shy away. By giving multiple attempts he would have also achieved peace of mind that he tried his best.IAS Rahul Pandey receives a lot of fulfilment in his job and can devote time to both his work and family equally.

Rahul’s journey is one from which every candidate can take lessons from. His journey shows that anything can be achieved from sheer will and determination. His success story is something that will inspire each candidate and will motivate them to try harder and not give up irrespective of the difficulties faced by them. You can visit the UPSC Pathshala website to read more success stories and get tips on UPSC preparation. 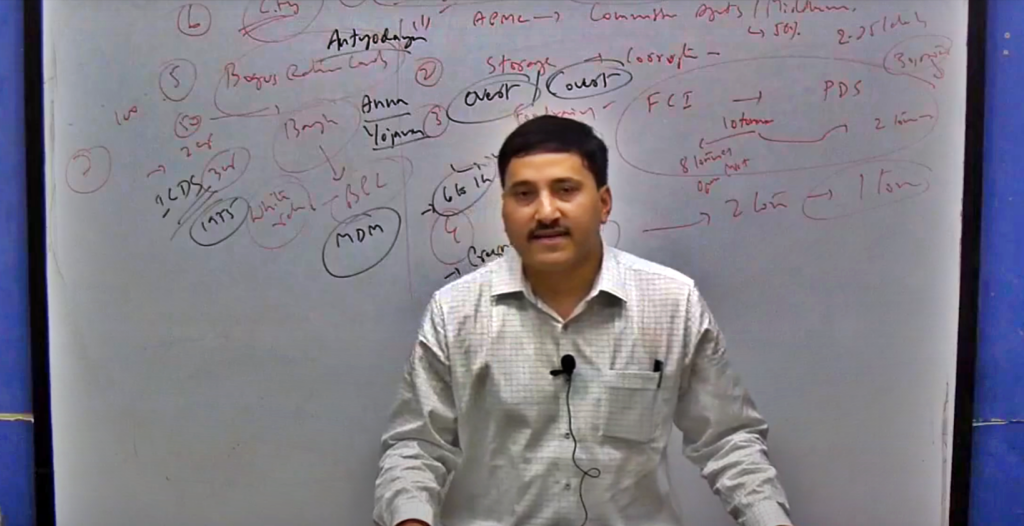