The UPSC preparation is hectic and stressful because the candidates reach out to different sources for gathering knowledge and information in every field at a particular time.

The aspirants have to give their best in preparing for the CSE along with putting extra effort than others to shine. This IAS officer has shown that if you never quit, you tend to turn your dreams into reality. He has inspired a lot of candidates for UPSC.

If you want to know his complete journey, stick to this article. Here is IAS Rahul Sankanur biography for you to get motivation from within.

There are very few people who overcome the taunts of society, beat their stress and anxiety, never lose hope, and finally succeed in their aims by never quitting. This incredible civil servant is the son of SV Sankanur, a government servant. He got inspired by his father.

The most beautiful thing he got in his life is the support of his parents. Rahul Sankanur IAS is a live inspiration to the people who get discouraged by the words of society or sink down into negativity after not cracking the examination in the first few attempts.

He got a breathtaking UPSC rank in his examination. He failed in four attempts and managed to rise like a phoenix in the fifth attempt. His rank was AIR 17 in the UPSC CSE.

Anthropology was his optional subject. He hails from Hubli, Karnataka. He graduated from Karnataka. This unbelievable man became E&amp; C Engineer from R V College, Bangalore. He is known as an IT professional.

He left his high-paying job to work effectively for his goal. This is why he started preparing for CSE. His driving force was his positive thoughts which encouraged him to turn his dreams into realities.

His journey has been mesmerizing and spectacular. He has gone through storms in life but never thought that he should stop working hard. In the UPSC exam of 2015, Mr. Sankanur managed to crack Prelims, Mains, and gave an interview but did not get selected for the final list.

This is a lesson to them that never lose hope, if you want to achieve something in life, you only need to be confident and passionate. Success will come to you by being positive and oriented.

This IAS officer is an unstoppable man. He tried again in 2016. This time, the history was repeated as he cleared the Prelims and Mains along with appearing for the interview but his name was not mentioned in the final list.

Again, in 2017, he put his best efforts but he was able to clear prelims, not Mains. He took a gal of 4 consecutive months to prepare. Most of the candidates feel stressed after so many failures but this man tried again for his dreams in 2018. This was the time when he made the entire nation proud. He cleared prelims, Mains, and the interview. His rank was 17 all over India.

This sentence has never been so apparent in the journey of this IAS officer’s life. He has gathered courage and consistency by applying it constantly in his preparation. He derived inspiration for hard work from the simplicity of his father.

This braveheart man achieved an amazing perk for the future which was a dream of almost 5 Lakh competent. He gives credit of motivation to the egalitarian behaviour of his mother.

His complete voyage seems like a fairytale story with a beautiful ending or a tale from a movie where the protagonist is full of enthusiasm and wisdom to achieve his goals and struggles enormously until he wins. His attitude is a must to be inculcated in every candidate.

The candidates of CSE do not emphasize the writing of answers enthusiastically. They must focus on their skills so that the examiners like the ways of answering. The basic cause of getting fewer marks is the unenthusiastic approach towards answer writing. He said that his last 3-4 answers were not good in all the Mains exams due to improper time management and less practice. He thought he was giving his best in writing the answers for the mains exam but he wasn’t achieving the same. The mistake committed by him was less concentration on the answer writing and handwriting.

Rahul Sharanappa Sankanur, 2019 is transferred and posted as Assistant Commissioner. His current posting is in  Lingasugur Sub-Division, Raichur District. He is doing an amazing job of serving the nation through his efforts.

The government service has made his dream come true for which he has worked for many years. He gives quality advice to the candidates who want to clear the CSE.

According to this visionary officer, the aspirants must work to strengthen the basic concepts since it will build the intellect so that you can get high scores. The practice for writing must not be started in the initial months, rather do it after the strengthening of the concepts and topics.

His Mistakes in the Personality Test

The great IAS officer worked hard on his knowledge and speaking skills to get maximum scores in the interview round. He applied the strategy of practising more and giving time to acquire knowledge in every field.

He never made his opinions on any particular topic, rather gave the answers by thoroughly knowing the facts and details. It cost him three attempts to face the experienced personalities in the panel. He said that he failed due to a lack of practice in his previous attempts.

Things to be Corrected!

The level of his answers in the interview degraded because he used single sentences along with being highly monosyllabic. The aspirants must give time to the preparation of the interview round as it feels extremely bad when you lose the chance due to one section.

This incredible personality used to write answers on websites to evaluate his preparation. According to him, self-evaluation helped him tremendously. He believed in modifying his interview techniques to grab more marks in the section.

His full name is Rahul Sharanappa Sankanur. He said that in the previous attempts, he did not get the time for self-analysis. He took 4 months off after failing in his third attempt in the Mains exam.

He realized his mistake during that time to improve it and get his dreams. Mr. Sankanur started to enhance his answering writing qualities. He was sure of his success in the next attempt due to his level of learning. He thought that he would crack prelims within the preparation time of 30-35 days. He continuously worked on his handwriting and answer writing.

Have a Glimpse of His Marks!

IAS Rahul started working effectively on his writing skills by joining a test series. The basic positive point is to realize the mistake, and the areas to improve. He decided to work more on the optional subject to increase 10-20 marks in it, although he was securing good scores.

He became more composed than before and travelled to different places with his friends which helped him to know more about different areas. Look at his marks in 2018.

The UPSC CSE is a tough and stressful time for the aspirants. The candidates get motivated by listening to the stories and journeys of the toppers. The aspirants must quest for self-exploration. They must build their own strategies, and work accordingly.

This unapologetic man stresses the fact that an individual must get effective ideas and learn from experts and experienced people. The basic building block of the advanced topics of the UPSC exam is conceptual clarity. You must not discount the writing skills of the mains exam. The candidates must start the practice of the writing qualities by the basic topics and questions.

Tips and Techniques to the Veterans

The tips are to be calm and organized. He gives advice to the people who are already in the multiple attempts that they must focus on their weak points. There will be times when the candidates will feel frustrated and stressed but they must calm down by meditation, music, or anything that interests them.

His mantra for the CSE is, “Concept Clarity, Limited Sources, Multiple Revisions”. He believes that an aspirant must be open to getting suggestions from all sides. It will increase the intelligence level. You must know the difference between what advice must be taken and what could be avoided. The personality test can be nailed by being honest and composed.

Also Read: IAS J Nivas Wiki: Know All the Lessons to Learn from His Success Story

This article must have helped you to get potential knowledge about being goal-oriented and inculcating the mindset to never quit. This civil servant has inspired the millennials by his positive approach towards the CSE and his entire life. He succeeded in the exam due to his determination and learning attitude.

If you want to get more such information as well as motivational blogs, you should visit the UPSC Pathshala website. You will get the life stories of the civil servants who have made the country proud by their out-of-the-box thinking and never quitting approach. Keep reading more articles to encourage your mind and soul, and get your goals. 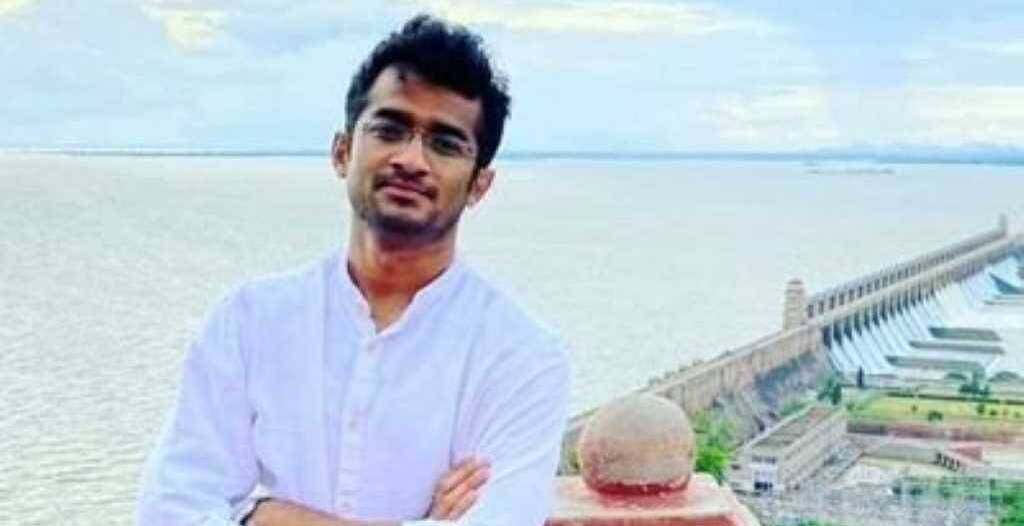 Article Name
IAS Rahul Sankanur Biography: Let's Know the Journey from Failure to Success
Description
Do you want to know the journey of an incredible IAS officer and ways to get success in the UPSC exam? Here is the IAS Rahul Sankanur biography for you to know.
Author
Shruti
Publisher Name
UPSC Pathshala
Publisher Logo