The year 2018 was special for Vikram Grewal and his family. Ultimately, Vikram’s years of hard work had come and Vikram not only got selected in the UPSC in the year 2018 but also managed to place on the AIR 51. Vikram was not sure of his success, so after giving the interview, he started preparing for the exam again. His family had agreed that they would have to take the exam again next year. In this case, this result was like a dream come true for him. Today, we will get to know about Vikram’s journey.

Vikram’s father was in a government job and he was transferred every two years. From childhood, Vikram got used to the habit of traveling, changing schools, and giving new exams. Vikram was bright from the beginning in studies. He had 10 CGPA in his tenth and 97 percent marks in the12th. After this Vikram turned to Delhi and decided to graduate in History from St. Stephen’s College Delhi.

At a young age, Vikram, who had targeted UPSC in Class XI, started buying books needed for UPSC preparation since then, buying a plethora of guidebooks and NCERTs. Though he was collecting these books, Vikram knew his priorities and paid attention to his graduation first, keeping UPSC on the sidelines temporarily. After graduation, Vikram took a year’s break as he had planned and started preparing for the exam after going back to his hometown in Kupwara.

First of all, he picked up NCERTs purchased years ago and finished them in a few months. After that, he concentrated only on his optional subject for two months. As for his optional subject, Vikram was always clear that he wanted to choose History as it was both his favourite subject and also his graduation honours subject. He used to take a lot of time reading the newspaper, increase his writing speed, and make one-liner notes, which can be revised again and again.

Vikram focused on self-study and took notes etc. He did not join any such coaching classes and did everything online. Vikram did not have a cellphone for two years. For a year, he imprisoned himself at home with his study material. Not a single moment was wasted, he divided the day into an eight-by-eight schedule. Eight hours of sleep, eight hours of reading, and eight hours of work. To freshen up the mood, he used to read lightheartedly, spend time with his sister or watch something on the TV.

The general advice given to candidates is to cover a portion of the syllabus and then start your answer writing practice and start solving past papers and mock tests. However, Vikram thought that was not the practice that really suited him personally. Instead, he chose to learn as he solved these papers.

Vikram gave a lot of mock tests before both the written exams. He started such a thing a few days after starting the preparations. He did one test in the first 15 days, then one in a week, then once in three days, they came up to two tests in a day. He tried his best to subsequently practice more and more papers and questions and also pick up on his writing speed. Before the exams, he had given two hundred to three hundred mock tests, and so was very confident.

Vikram also advises other candidates to keep revising continuously with reading. Make notes and give mock tests as much as possible. Practice writing a lot and keep a slightly different approach while giving each answer. Vikram is one of the few people who could crack the exam in his first attempt. Vikram Grewal’s mark sheet and rank allowed him to get the care of his choice and serve as an IFS officer.

Vikram Grewal’s blog is very famous amongst aspirants as he uses it as a medium to interact with new batches of candidates and aspirants by uploading educational and motivating blog posts. He shares his experiences, his notes, and study plans for candidates to get inspiration and insights from. 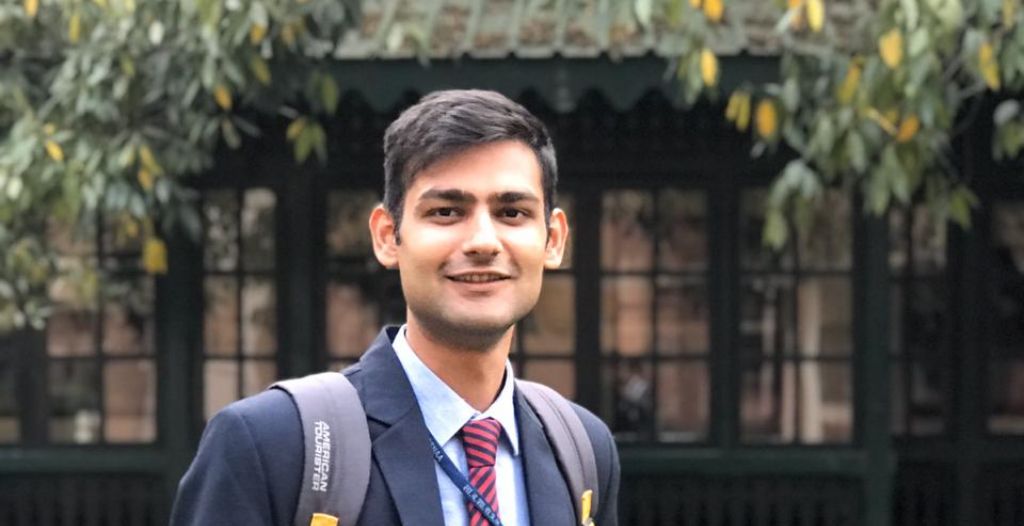 Article Name
IFS Vikram Grewal Wiki: Know About AIR 51 Topper Vikram Grewal’s UPSC Strategy
Description
Know how to crack the UPSC exam in the first attempt from the life story of the one who actually did it. Learn about 2018’s AIR 51 Vikram Grewal and his UPSC learning guide.
Publisher Name
UPSC Pathshala
Publisher Logo

Essay on ‘Climate Change’ for UPSC: Learn How to Write Best Essay for UPSC

IAS Athar Aamir Khan Biography: Get to Know the Journey of Jump from UPSC Rank 571 to Rank 2