The idea ‘pressure group’ emerged in the USA. Pressure groups are a group of individuals who are united to jointly support and protect their shared interests. They are a crucial link between the government and the government, and they make governments more receptive to the needs of the population, particularly between campaigns.

The theory of PGs (also known as a concern, coordinated and catalytic groups) within a conceptual context is a fascinating and important topic of Indian politics. This article deals with the positions and purposes of the PGs, their grouping and some specifics of the institutional PGs.

How do pressure groups and movements strengthen democracy? Read the sections below to know.

What are Pressure Groups?

PGs illustrate those fundamental factors and mechanisms by which political power is being bolstered and implemented in organised societies, especially in democracies. It does not, however, mean their complete non-existence in a community with an oppressive regime for the obvious fact that, even in a repressive order, certain groups exist even if they are strongly circumscribed and therefore function “only as state mechanisms for securing state-determined goals or can become part of the government’s framework for legitimising decisions. Let us study the pressure groups in India.

The analysis of pressure groups is subject to the challenge of correct nomenclature and several operational and substantive issues. Every class, though separated simply put, are never exactly identical. Others, for example, reflect the prevailing objectives or preferences of a certain socioeconomic community providing some type of objective traits similar to one another; several, irrespective of their objective attributes portray and ensure the protection of a specific process

These classes are of various kinds—

Similarly, in regards to the focus of energies whether on the statutory entities or on the electorate itself, these categories are distinct from one another.

Interest groups tend to manipulate national activity in the intended case in any environment, whether democratic or authoritarian, without being prepared to recognize the government desk’s duty and by failing to retain full role for the nation’s laws.

PGs are demanding favourable legislative choices and institutional structures. They prefer to change the shape of certain operations. It is not compromised by the significant legislative arrangement of democracies in terms of the allocation through a bureaucratic framework of active control.

The type of community governance is defined by the interrelationship of public bodies, procedures, and behaviors towards the degree or strength of any concern. In several other ways, the arrangement and executive bodies, the public agency’s operations, and the actions of public authorities regarding them decide the type and essence of community strategies.

As far as the political framework is concerned it should be figured forth how the form of a democratic mechanism must be considered. An illustration will give it some clarity, if the function of legislation and its execution is delegated to the central division of a government, a pressure group will take a rather significant, strong and well-organized role at the national scale.

Groups include several largest divisions in the capital city of a country with a unitary form of administration But certain communities still have respective divisions at the state and provincial levels of a world with a federal form of law.

These are some examples of pressure groups influencing government

These are some examples of interest groups

The policy of PGs is affected by the networks of legislative intervention Everybody should glance at the position where options are currently drawn It is because of this that organizations, centre their efforts on the legislative and executive branches. Significant attempts are designed to make a popular sentiment and vast sums of resources are expended on winning victories at the ballot for ‘favoured’ representatives.

Administrative entities’ behaviour regarding PGs often plays an essential part. In other words, if common leaders and public leaders holding legislative benches are very sensitive to the requests of such communities, they feel a sense of privileged controlling access. Likewise, in a specific ruling political party or transitional government, where the governance is of an authoritarian or conventional or traditional sort functioning to the detriment of a narrow group, the factions have a sense of discontent and tend to function by more obscure outlets.

The position of interest groups is therefore obvious even where authoritarianism and the uniformity of justice inform all institutions of social and political power, with the effect that various groups are not able to germinate and step forward openly in order to develop special ties with politicians, statesmen and other leaders of the society.

Overall, the distinction is that while in a democratic society the prevailing direction of the flow is from the groups to the state, in an authoritarian system it is only the other way across.

We hope you have got to know about the PGs meaning by reading this blog. All the aspirants will find this blog very helpful while preparing for the UPSC exams. 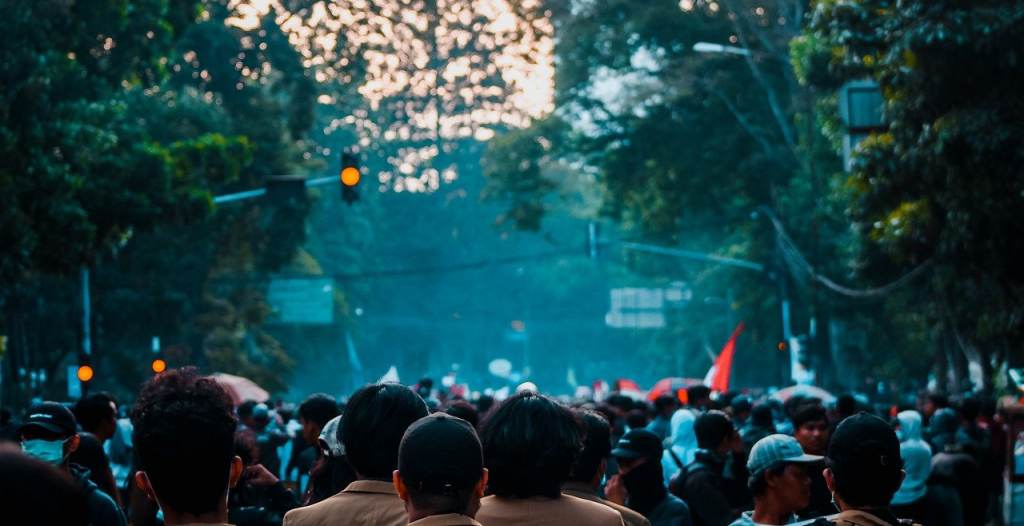 Article Name
How do Pressure Groups and Movements Strengthen Democracy? What are Pressure Groups?
Description
Looking for a site to get you a complete study of the pressure groups and movements in India? Well, you have stumbled into the right place on the internet. Read this blog for more info
Publisher Name
UPSC Pathshala
Publisher Logo

Tribes of Meghalaya: Check-out Everything about the Tribes, Culture, Dress & Festival of Meghalaya