Apart from Books, Magazines, Articles, and courses what becomes an imperative part of the IAS preparation are reading about the IAS officers who have cleared the IAS examination with flying colours, who have become established IAS officers. You will get to know about the real-time situation that an IAS has to face.

What strategies they use to implement the best of the actions. Today, in this article you will get to learn about B Chandrakala wiki, her mark sheet, her strategy, her optional subject, her family background, also about her time table and where is B Chandrakala now?

You have the opportunity to learn from her strategy, mould them in your way, and yield a successful result to get closer to your dream of becoming an IAS officer.

Know about B Chandrakala’s Life

She was born in Karimnagar Telangana on 27th September 1979. She finished her schooling at Central School. She was married earlier in her life but she continued her education even after her marriage. She completed her graduation in BA(Hons) Geography from a university in Hyderabad called Osmania University. Then she pursued her post-graduation degree in Economics from the same university. She started her IAS preparation after her marriage along with pursuing post-graduation from distance education.

She cleared the UPSC examination and emerged as the topper in the SC/ST category of her region. She was appointed as Deputy Registrar of Social services.

How is B Chandrakala in Person?

She is known as a “Dabang Lady” She has been a bold and strong IAS officer who is often seen fighting against the corrupt behaviour of other officers.

There is no information on B Chandrakala current posting as she has taken study leave to pursue her MBA.

Her IAS journey has been a roller coaster ride, where she has experienced hardships, success, and challenges. In the UPSC examination, she opted for Geography and Public Administration as optional subjects. B Chandrakala IAS rank was 409. She cleared the examination in her 4th attempt, as she never lost hope of becoming a successful officer to serve the country. She finally became the IAS officer in 2008.

She has worked as an SDM and CDO at Allahabad from 2009 to 2012 she is an active person on social media and she is seen going viral on social media for scolding the workers for not giving the appropriate work. In 2012 she was appointed as the District Magistrate of the region Hamirpur. Within 2 years she was transferred to Mathura. After one year she was moved to Bulandsher as a District Magistrate.

After that, she was transferred to Meerut in 2016. She worked as the District magistrate for the public welfare and she was picked by the NDA government as the director of Swachh Bharat Mission in 2017 under the Ministry of Drinking Water and Sanitation.

Learnings from B Chandrakala IAS

There are some important learnings that an IAS aspirant should learn from B Chandrakala IAS officer. One should imbibe the learning in the IAS preparation to get better results. Some learnings are even lifelong which helps you to become dedicated to whatever you do. So read the learnings carefully and see what you lack so that you can work on those gaps and miss out on no point to fulfil your dream to become an IAS officer.

Giving up should not be an option at any point in your life. If you are facing difficulty in the UPSC preparation you have to identify the problem and fill the gap with the solution. Quitting should not be a choice. You should try and prepare better with each attempt. B Chandrakala improved herself with each attempt, she never gave up on her dream to become an IAS officer even if it took 4 attempts. Similarly, this is a life lesson to be taken care of at every stage of your life, you have to stay strong in the face of every problem. When you become an IAS officer, there will be situations where you will be burdened with so many responsibilities, things might not go according to your thinking, but you will be successful only when you withstand all the difficulties.

Current Situation of B Chandrakala

B Chandrakala was admired for her fighting spirit against corruption. She stood against many of the poor quality work by other officers. But you never know what turns around you, and in today’s time B Chandrakala is booked for corruption by the Uttar Pradesh government and she is pursuing her MBA.

On 9 September 2016 Allahabad High Court ordered a CBI inquiry which was against illegal mining in Uttar Pradesh. This illegal mining led to the removal of mines minister Gayatri Prasad Prajapati who was suspended. In this mining case, Samajwadi party MLC, BSP politician and IAS B Chandrakala were raided. INR 2 crore cash, documents, and jewellery were seized from 14 locations in 7 cities. B Chandrakala was also accused of bypassing the rules illegally for the mining site.

Mantra for being successful at any exam and in any career is to be responsible for your own actions. To prepare for the UPSC examination you should learn from the real journey of IAS officers who did their best and are today standing as an IAS officer serving the nation of the country.

Their journey makes you learn the important aspects of life that are not given in any book or magazine. One such IAS officer is B Chandrakala, whose journey is inspiring, you can learn a lot from her life before being an IAS officer and after that. She is a person to learn from. 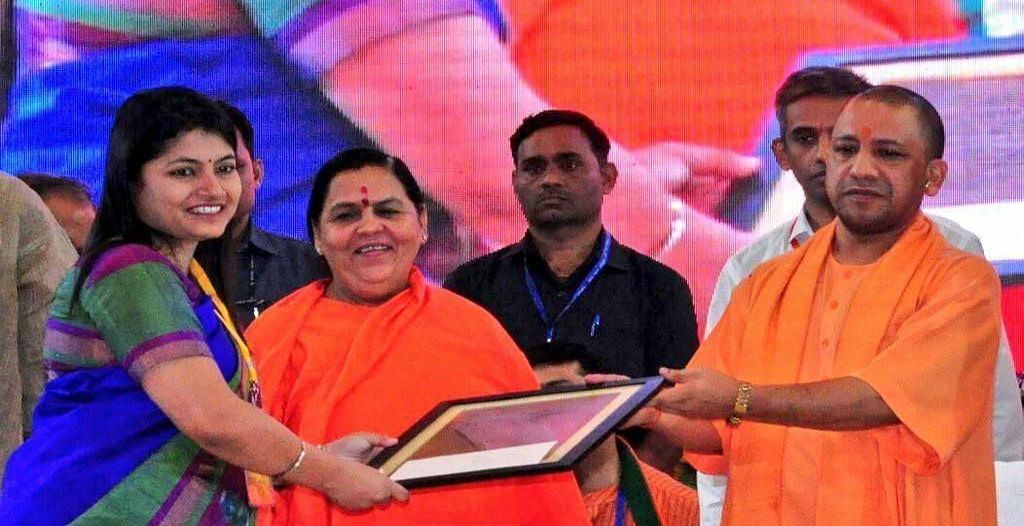 Article Name
IAS B Chandrakala Biography: Check out Her Current Posting, IAS Rank &AS Journey
Description
IAS B Chandrakala is known for her valour towards corruption and good administration. She has also served as the director of Swachh Bharat Mission in 2017 under the Ministry of Drinking Water and Sanitation.
Publisher Name
UPSC Paathshala
Publisher Logo

IAS Vivek Yadav Biography: One of the Determined Officers in South India