UPSC examination is conducted for the true assessment of the candidates to test their capabilities to handle the pathetic and uncontrollable situations in the country along with the judgment of the aspirant’s presence of mind and creative and important ideas to develop the nation. The people who appear for the exam hold high virtues and intelligence. You must hold the potential to conquer various fields with your mind and heart if you desire to be in this position.

If you are preparing for it, you must have once thought that who is the youngest IAS officer in India? To think it is pretty normal because there must be a person who has done the greatest of achievements and hard work to be on such a breathtaking designation. Yes, there is that great woman whose name is Smita Sabharwal.  She is an inspiration to all the women and girls along with all the people around the globe. She is shining today because of all her amazing efforts and dedication. Here is her biography and all the related in-depth information for you to know.

Also Read: IAS Ajay Nagabhushan Biography: Check Out All the Motivated Lessons You must Know

“It is wrong to think that one can get through the Civil Services only by studying very hard. In the final round, your interests and hobbies are also taken into account for selections” – Smita Sabharwal IAS

This unimaginably incredible woman was born on 19th June 1977. She is an IAS officer from the 2001 batch belonging to the Telangana cadre. She is the first lady IAS officer to be appointed to the Chief Minister’s office. She was married in 2004 to a brave IPS officer, Akun Sabharwal. She has two children whose name is Bhuvan Sabharwal and Nanak Sabharwal. She was born in a Bengali family in Darjeeling, West Bengal to an army officer, Colonel Pranab Das, and Purabi Das. She has been brought up by watching her father putting all the effort into serving the nation with pride. She is the one who thinks that nothing is unachievable in life.

You only need to continuously work in a certain direction and never get distracted by anything. She has done her schooling at St. Ann’s high school, Secunderabad. She was an all-India topper in the ICSE exam. She graduated in commerce from St. Francis College for Women which is situated in Hyderabad. She is somebody who motivates everyone in each aspect of her life.

This IAS officer got 4th rank all over the country. She did her training in Lal Bahadur Shastri National Academy of Administration, Missouri in 2001 and was trained in Adilabad district during her probation. Her first independent charge was as Sub – Collector in Chittoor in Land Revenue Management and District Administration. She is just an unutterable and unstoppable woman. She has served amazingly in the Rural Development Sector as Project Director, DRDA in Kadapa.

Moreover, she has shown her phase of hard work as the Municipal Commissioner in Warangal where she introduced a scheme called “Fund Your City” to create and develop a large number of public utilities like traffic junctions, foot overbridges, bus stops, and parks with PPP that is a public-private partnership. Later, she has also served as the Deputy Commissioner of commercial taxes in Visakhapatnam.

Also Read: IAS Kavitha Ramu Biography: Here are All the Inspirational Lessons You Should Know

The title given to her by the people is undoubtedly miraculous and real because of her insane efforts in pulling up the people’s lives towards betterment. Her present age is 40 years.  She has got this title for addressing citizen issues by involving people. She became the role model for the health initiatives she took of high-risk pregnancy management targeting IMR and MMR in NRHM or the government of India. She has been nominated for the Prime Minister’s Award for the same. She used the latest development technologies to her advantage especially in the implementation of government programs on the field.

Her journey is unfinished and she continues working her best as the Joint Collector of Kurnool and Joint Collector of Hyderabad. In April 2011, she took charge as the District Collector of Karimnagar District and did exceptional work in the health and education sector. She brought changes and improvements in the institutional deliveries in the public sector called ” Ammalalana”.

She has worked in making wider roads, scientifically planned traffic junctions, toilets, bus stops, and other means of utilization. She got an award for Best district in PM’s 20 point program for the 2012- 2013 year for Karimnagar. She has started a program called ” Voter Panduga” for increasing the polling percentage in the area.  She is the one who has also served as the District Collector of Medal during General Elections 2014 and successfully conducted free and fair polls registering a high polling turnout. She has shown various diverse ways of handling and managing the programs among the citizens. She monitored the government doctors through a Skype application. She has also checked the performance and done monitoring for government schools through specially designed software which has made Karimnagar and Medak districts stand at the top in the states during her dignified tenure.

This IAS officer has more than 5 lakh followers and many fan pages on social media accounts. She has 82 k followers, 7 following, and 199 posts on her Instagram account. She is said to be among the most popular public officers. She continuously updates the people by her works in professional and personal ways. Her current posting is as the Secretary to Chief Minister’s office, the government of Telangana, and holds additional charge as Secretary to Rural Water Supply Department and Mission Bhagirath. She is being amazed all her life and still working for the upliftment of the people.

She introduced “dry days” in which all the water that was stored in open grounds was removed and any well or water storage was cleaned and filled with fresh water to check the breeding of mosquitoes. Talking about her salary, her net worth is 3 crore and she earns 67,000 per month. She launched the “Praja Vaani” which means the voice of the people. It is a web system to jot down grievances in local languages. This is directly reported to the District Collector. She is also an entrepreneur, and she uses the skills in her work to create better programs.

This studious IAS officer has been excellent in studies since her childhood. She was the most genius girl in her school and topped the exam all over India when she was in 12th standard. All people are created with the same energy and power but only some make their life and loving worthy by their deeds and perseverance.  Smita Sabharwal IAS rank was 4th in the year 2000 when she was only 22 years old. Her journey shows her passion and true determination. She says that she used to study for 6 hours a day when she was preparing for the UPSC exam. She has worked on current affairs very deeply and regularly through authentic newspapers and magazines. Her optional subjects were Anthropology and Public Administration. This mind-boggling woman used to give her time for playing as well since she believes in an all-rounder approach and the development of a person. She has trust and faith in the fact that you cannot be a bookworm always to get success. Instead, sometimes it is necessary to grow in different spectacles.

According to Wikipedia, this woman who is incredible in every field she steps in has won many awards for her brilliant and exemplary work in different significant areas. She has shown all the people of the country that a woman can hold various opportunities and responsibilities and can accomplish them invariably and effectively. This is an impossible-looking task for everyone to get everything in life and maintain it so perfectly but she has proved it. Perhaps, it is not about gender but the power in thoughts and personalities but it is clear that a woman has to perform her duties in different areas and concerns. Here are the awards and achievements she has earned.

#5. Recipient of “Platinum Award” worth ₹10.00 Lacs under District Category sponsored by Information Technology & Communication Department for the best e-Governance initiatives taken up at the district for the year 2012–13.

This is the unreal and unbelievable story of a real woman who has fought and succeeded in her ambitions. It not only teaches us the ways of cracking an incredible exam but also gives us hope and learning for living our lives. She is an example of bravery, determination, prudence, and scrupulousness along with humble and multifaceted womanhood. She carries all her responsibilities with utmost perfection. You must have to learn everything from her life and life procedures to attain the maximum and to touch the sky and if you have any problem or query you can just go to UPSC Pathshala for learning various other lessons from great personalities in this field. You get the experts and professionals of every subject and related area to teach you exponentially so that you can not only excel in the examination but also do awesomeness in your life. You will be able to grow by having live lectures and personal mentors there. This website is the most destined place for you to crack UPSC. 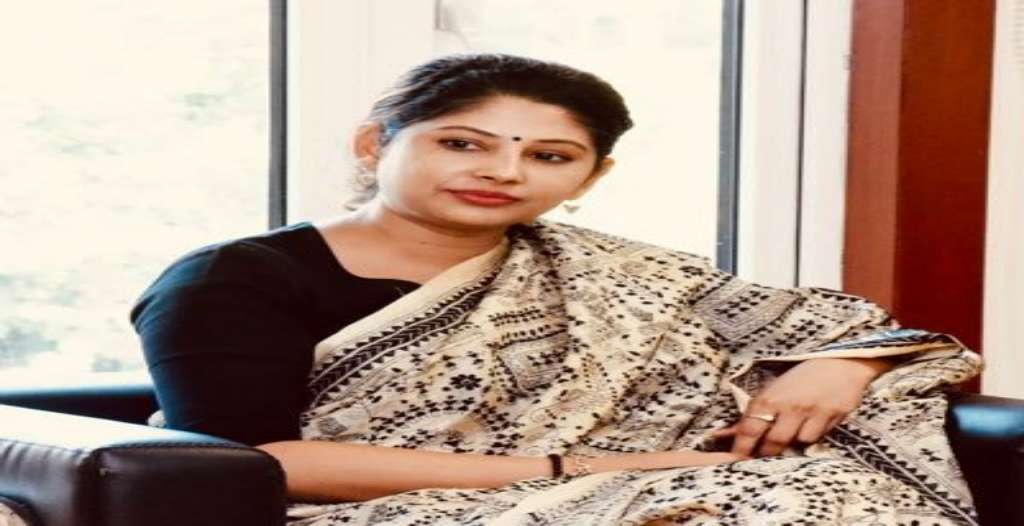 Article Name
Smita Sabharwal Wiki: Who is the Youngest Female IAS Officer of India?
Description
Are you preparing for the CSE? Do you want to know the details and stories of the unbeatable IAS officers of India? Well, here is the most awaited story of IAS Smita Sabharwal.
Author
Shilpa Dutta
Publisher Name
UPSC Pathshala
Publisher Logo