Tell me something about your background I am from Patna, Bihar. I have done my graduation from IIT Kharagpur in Computer Science... 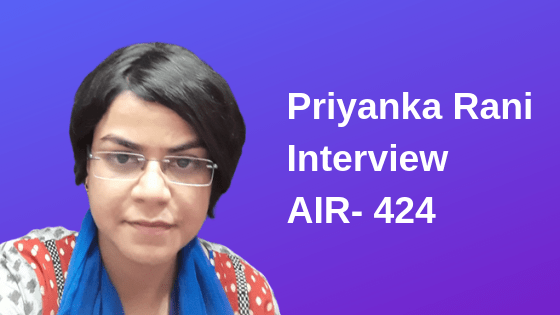 Tell me something about your background

I am from Patna, Bihar. I have done my graduation from IIT Kharagpur in Computer Science and Engineering. I completed in 2013. I started preparing for this exam after that.

Were you working after your graduation?

No I never worked anywhere. I was solely preparing for this exam.

Did your preparation start while you were in IIT or once you had graduated?

During the last semester of the last year we had some presentations of some companies. During those I realized that I should go for this exam and since then I have started preparing. But I started studying for UPSC only after leaving college.

What motivated you to go for this exam in spite of having a graduation from IIT Kharagpur?

I wanted to do something more challenging. I wanted to study more, know more about India and I wanted to work in the public domain. My mother is also in public service and it is her life that actually motivated me.

Did you stay at home or move somewhere for preparation?

Initially I was in Delhi then I moved to our hometown, then my sister joined in Passport Office in Lucknow so we moved there, then again I moved to Delhi. I had cleared the exam in 2017 too, so I went to Delhi and stayed there for 2018.

There’s a common perception that you need to move to Delhi in order to clear this exam, what is your opinion on the same?

I think anyone from anywhere can crack this exam. Nowadays there are ample resources available online. There are interviews from toppers. So their strategies are widely available online. So anyone can use those and start their UPSC preparation. So they can get the material anywhere online and they don’t have to come to Delhi and suffer the harsh weather here.

This was your which attempt?

This was my 5th attempt.

Did you feel any lack of motivation through this grueling and tough preparation? How did you overcome de-motivation?

I was lucky to have my family around me, especially my elder brother, who were very supportive. He motivated me to push harder every time. It wasn’t very important for my family that I chose this particular career, but they supported me in anything that I wanted to do. So of course there are highs and lows as it is a very long process, so my friends and family were always there to push up my spirits.

How did you prepare for prelims? What should an aspirant do to get through the prelims?

I have an experience of 5 years. Initially we also had CSAT and GS. So I went through my basics very well and that led me to crack the 2014 prelims. 2015, again I focused on basics and standard books even though the CSAT was removed and the prelims were made qualifying. In 2016 however, I could not clear the prelims because I had not focused enough on current affairs. So in 2017 I focused on current affairs, took some help from coaching institutes and did some case studies. This helped me to clear the prelims in 2017. In 2018 because I had already been selected, I had very less time to prepare for the prelims, so I relied on tests papers and solving them helped me to crack the prelims in 2018. I would say that we need to balance both the basic and the current affairs.

How did you prepare for current affairs? Is just reading The Hindu enough?

I used to read the newspapers daily but I never made notes because I could not revise them. So I went through the current affairs notes that are available monthly and the PT 365 that is published before the prelims. I covered those. For mains also I covered the Mains 365 plus the newspaper. I did not dig very deep into everything, but I knew what was in the news every day.

What were your criteria to select what is relevant and what is not from newspapers?

For the prelims I relied on the test papers and PT 365. For the mains I just read the editorials and rest I got from the Mains 365. But newspapers become crucial at the interview stage, because there we need to know every nitty-gritty detail of every news item that appeared. I did not go very deep into the research.

Coming to Mains, were you able to finish your paper?

For mains my strategy was that I have to write every question. I did not leave any question un-attempted.  Whichever questions I knew I finished answering within the first 7 to 8 minutes, the rest I wrote with whatever knowledge I had. So I used to cover every question.

Did you practice any answer writing skills? Did you find that challenging?

Yes I practiced answer writing through the Vision IAS program that I had enrolled in, and in 2015 since I did not clear the prelims I joined a program called high order thinking that provides 5 questions every day. So I used to practice those 5 questions and uploaded it for evaluation. This formed the basis for my 2016 preparation. In 2016 and 2017 I practiced through Vision IAS.

What was your strategy for the interview? What were the things you worked on?

The DAF (Detailed Application Form) that we fill for the Mains is the most important. I focused on each and every word that is mentioned over there. I tried to formulate questions and read the previous year interview transcripts and tried to match them to my own DAF and come up with questions and prepare for them. Apart from that, I focused on 2 newspapers, The Hindu and The Times of India, and sometimes I also read the Mint. I also took some mock tests. Also one of my friends helped me a lot for the 2017 preparation. So all this and especially the focus on the DAF was what helped me.

Does the process of preparing for the civil services examinations change you as a person?

When I passed out of IIT, I was aware of the technical aspects and engineering. I did not know about the history or geography of India. Knowing these has made me more sensitive to the issues around me and more aware as a person. I have also been able to emotionally develop sensitivity to these things and have learnt how to manage my emotions. Many things that we learn during the preparation can be applied in life too since life is the biggest challenge.

Do you think it is helpful to start preparing for UPSC during the college years? If yes, what should they do at that time?

I had computer science in college and I did not have any time to focus on anything beyond computer science. But if anyone has the time and motivation they can go through the newspapers, they can read some modern history. If they get time during the holidays they can read some basic things. But I think they should focus more on their graduation because that will form their backup or plan B. But if you have some time, use it productively to generate some sensitivity and create the right frame of mind.

What were your hobbies? What did you do to relax?

I used to do yoga in my free time. I talked to my family and friends and watched videos on YouTube.

How many hours should one study to crack UPSC?

Well I think apart from the day to day activities that you do in life, you can devote 20 to 30 minutes for exercise, rest 13 to 14 hours you should devote during the exam. Otherwise also, at least 9 to 10 hours is what you should devote to your dreams.

Akshay Palande is a passionate teacher helping hundreds of students in their UPSC preparation. With a degree in Mechanical Engineering and double masters in Public Administration and Economics, he has experience of teaching UPSC aspirants for 5 years. His subject of expertise are Geography, Polity, Economics and Environment and Ecology. Profile
5 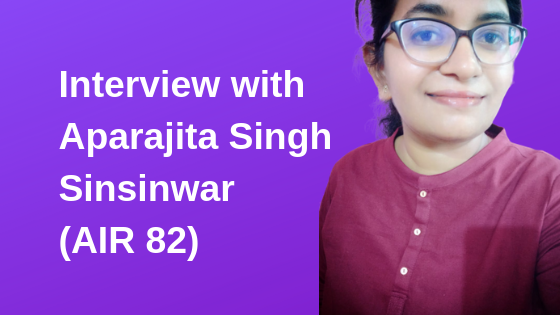 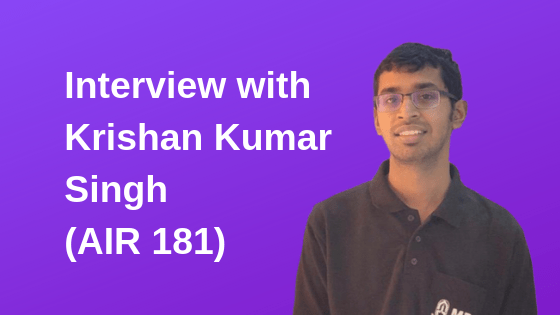 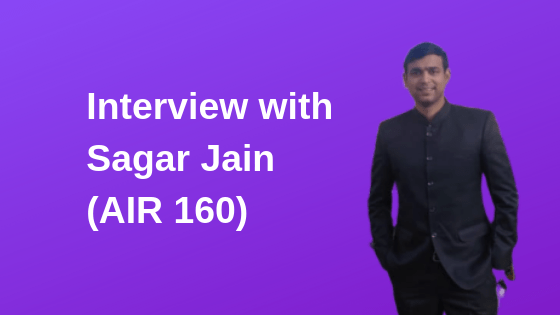 Anshuman Raj Inteview: How he got AIR 537 in USPC Exam