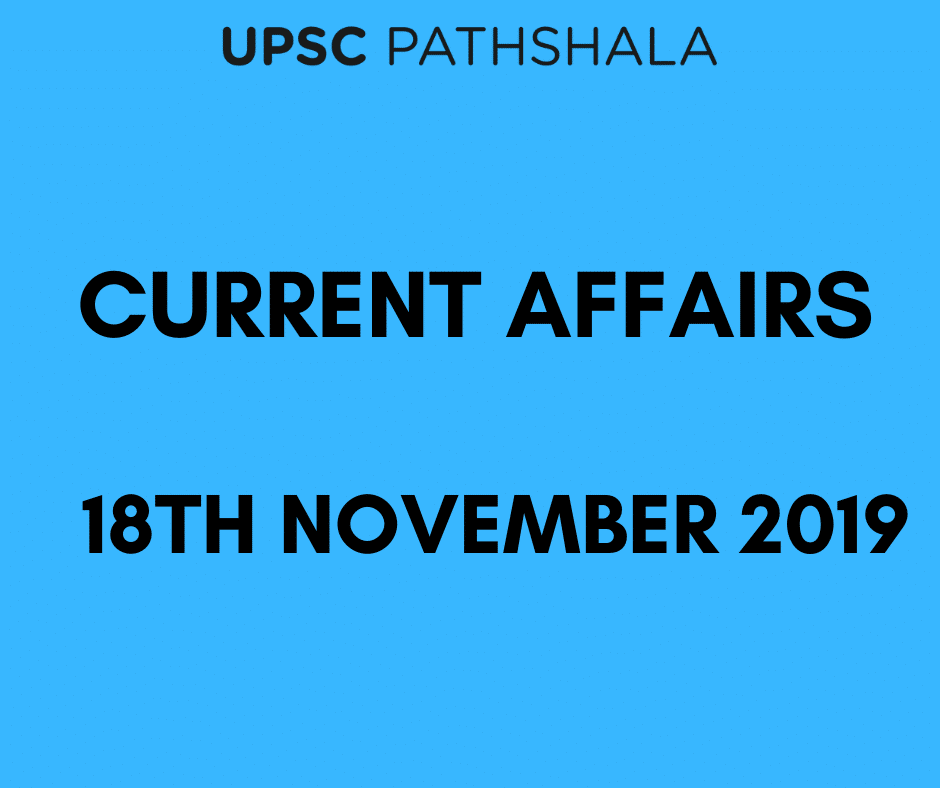 The report of the Ministry of Consumer Affairs, Food and Public Distribution has red-flagged the tap water quality in major Indian cities citing the haunting impending dearth of water in the nearest future.

But in practice, municipal water fails these tests due to the lack of accountability of the official agencies, and the absence of robust data in the public domain on quality testing.

Centre’s approach should revolve around:

Around 2 lakh people die in India every year because of the immense water shortage and 600 million people of this country don’t have access to clean drinking water.

Schemes introduced by the government to overcome the water stress:

Gotabaya wins in President Poll; Back to the Rajapaksas; Return of the Rajapaksa regime; Will Gotabaya make peace with India?

The ruling party candidate loses in the Sri Lankan President elections though he was leading in the northeast. President-elect Gotabaya Rajapaksa emerged winner securing 52.25% of the mandate marking the return of the Rajapaksa regime back in the island-nation.

Gotabaya belongs to his Sri Lanka Podujana Peramuna (SLPP or People’s Party) and will be sworn in as Sri Lanka’s 7th executive president in the historic city of Anuradhapura. This win is all kudos to the southern constituencies of Sinhala majority communities, as the minorities in the north and the eastern part of Sri Lanka including the Tamil and the Muslim communities voted against Rajapaksa but unanimously converged around 80% of the votes for his opposition candidate Mr Premadasa.

According to the author in the editorial and oped sections, Gotabaya must aim at synthesizing the best of out of current politico-administrative mess to maintain the ethnic and social structure intact.

The background to the Rajapaksa hegemony that brought the State to ruins during the civilian war in 2009, killing tens of thousands of people, the minority Muslims were convinced of being the next anti-social targets of the majoritarian economy backed by Gotabaya.

This election has made the election a referendum on the failures dictated by the disarray of power-sharing between the President Maithripala Sirisena and Prime Minister Ranil Wickremesinghe that gave rise to a constitutional crisis.

Since the alliance of the neoliberal ideology under Wickremesinghe- Sirisena government in 2015 led to the defeat of Mahinda Rajapaksa, the citizens expected a ray of hope in the post-totalitarian era of the Rajapaksas with the rule of law back in place, fading away of authoritarian tendencies, creation of a democratic space by halting on the militarization and choking surveillance in the North and East  providing room for freedom of expression and protest, independent commissions for human rights and right to information secured and strengthened, excessive powers of the executive presidency were clipped, independence of judiciary regained, media and the social movements gained a swing to critique the ruling government.

However, the win of Rajapaksa to power displays the polarization of the state along ethno-nationalist lines.

The newly elected President must rather keep his eyes on strengthening national security and protect the citizens to grapple against the economic crisis.

In relations with India, Gotabaya must assuage concerns that he would promote the interests of China to the detriment of India’s. Things between Colombo and Sri Lanka took a toll when the Modi government took a stern view on Sri Lanka allowing the Chinese Naval ships into the Colombo harbor, though Sri Lanka averted against the claims stating that India was informed in advance about the plan and docking was routine.

There is an expectation that Gotabaya must build on the age-old traditional ties between New Delhi and Colombo given the unpopular image of his derogatory role in the war against the LTTE in 2009 amid allegations of human rights violations and ha thereby lost votes from the northern and eastern provinces in the President election.

On the other hand since China always has exploited the crisis in Sri Lanka to show dominance over India is already the island’s biggest investor and creditor, India must immediately establish good relations in the vacuum of mistrust and agitation with respect to the Tamil population by investing more on the developmental projects in those regions.