Uttarakhand recently faced another Himalayan disaster. A massive glacial lake outburst flood happened at Chamoli in Uttarakhand. Experts are still not sure about the cause of this massive outburst.

A term used to describe a rapid release of a large volume of water retained in a glacial lake, regardless of the source, is ‘Glacial lake outburst flood’ (GLOF).

A GLOF is a type of outburst flood that occurs when a glacial lake surrounding the dam collapses. A jökulhlaup is an occurrence similar to a GLOF, where a pool of water contained by a glacier melts or spills over the glacier. The dam can consist of glacier ice or a moraine in the terminal.

Failure may occur because of different causes, such as:

Thus glacial lake outburst flood is an important aspect to cover in your UPSC preparation. Some other aspects that may be asked in the exam may be Geophysical events such as earthquakes, tsunamis, seismic activity, cyclones, etc, geological characteristics and shifts in their position in important geographical features (including water sources and ice caps) and in flora and fauna, and the consequences of these changes.

Glacial outbursts, what are they? Discuss with relevant explanations the problems created by such phenomena.

On February 7, 2020, when a glacier burst occurred in terms of geography in the Chamoli district of the state, another major disaster hit Uttarakhand. On a cold winter morning in February, a large piece of Nanda Devi glacier split off and plunged into a gorge, creating a landslide and glacial lake outburst flood (GLOF) in the rivers of Dhauli Ganga, Rishi Ganga and Alaknanda. There are more than 150 people who are feared missing since the event. After the 2013 Kedarnath Disaster, this is the second major blow to the Himalayan state.

After the 2013 Kedarnath Disaster, this is the second major blow to the Himalayan state.

Two hydroelectric power schemes, namely the Tapovan-Vishnugad hydel project of NTPC and the Rishi Ganga Hydel project, along with five bridges and hundreds of homes, were completely washed away after the waters came rushing in.

What Caused the Bursting of the Uttarakhand Glacier?

In the case of the Uttarakhand glacier burst disaster, what caused the Nanda Devi glacier explosion is not yet well understood. The breaking off of this large chunk of Nanda Devi glacier into the Dhauli Ganga River is an unusual event, according to the experts, as the Google Earth photos and satellite shows no glacial lake underneath the glacier that broke.

Typically, under the major glaciers, Glacial Lakes are formed and circulate within these large ice sheets. These lakes produce adequate pressure at times to allow the glacier chunks to break off. Glacial lakes are not like ordinary lakes; they consist of ice boulders with the ability to smash the glacier banks.

What the Geography Experts are Suspecting?

In the case of the Uttarakhand glacier burst, it is suspected that the water pockets inside the Nanda Devi glacier that led to this incident may have formed. This catastrophe is also related by some scientists to climate change and global warming. High temperatures and less snowfall will contribute to an uptick in glacier melting, allowing glacial lake water to climb above levels.

Is the Uttarakhand Glacier Burst Equivalent to the Kedarnath Disaster of 2013? In terms of Geography

The study found that glaciers have lost half of their ice per year, and since 2000, glacial lake formation has risen by 50 per cent. Himalayan glaciers and the rivers flowing from them pose an environmental challenge to the creation of an increased number of glacial lakes.

The cloudbursts that led to extreme flooding and landslides triggered the 2013 Kedarnath tragedy. In the case of the Uttarakhand Glacier Burst, what caused the glacier burst in the Chamoli district of Uttarakhand is yet to be identified.

Hopefully, this article has given you a clear picture of the phenomena of Glacial lake outburst and how to prepare for it in terms of the UPSC exam. You can share your thoughts about this in the comment section below and we will try to resolve your queries. All the best! 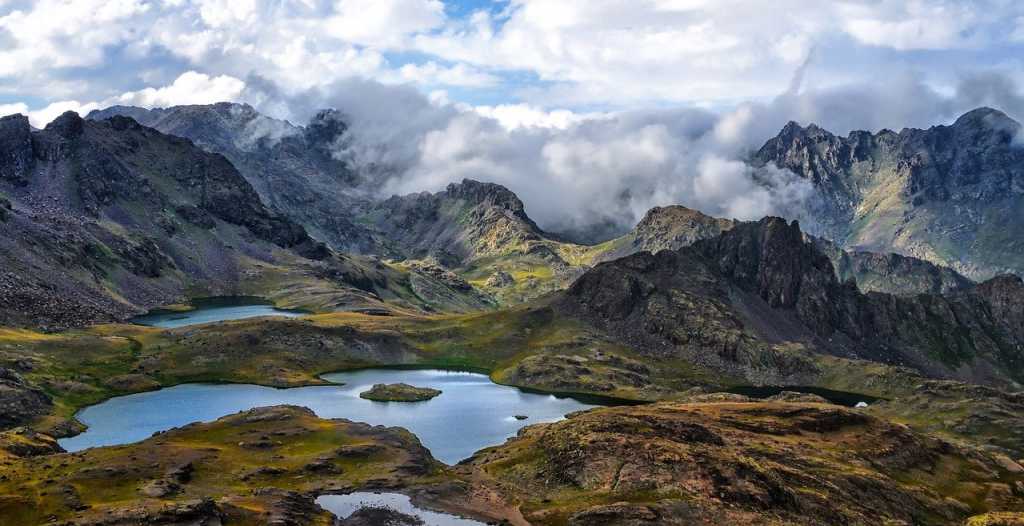 Article Name
Glacial Lake Outburst Flood: Things to Know about Glacial Lake Outburst Flood for UPSC
Description
What is glacial lake outburst flood? How is it going to affect the climate? Is glacial lake outburst flood an important topic for the coming UPSC exam? How to prepare for this subject for UPSC? Click here to clear all your doubts.
Publisher Name
UPSC Pathshala
Publisher Logo