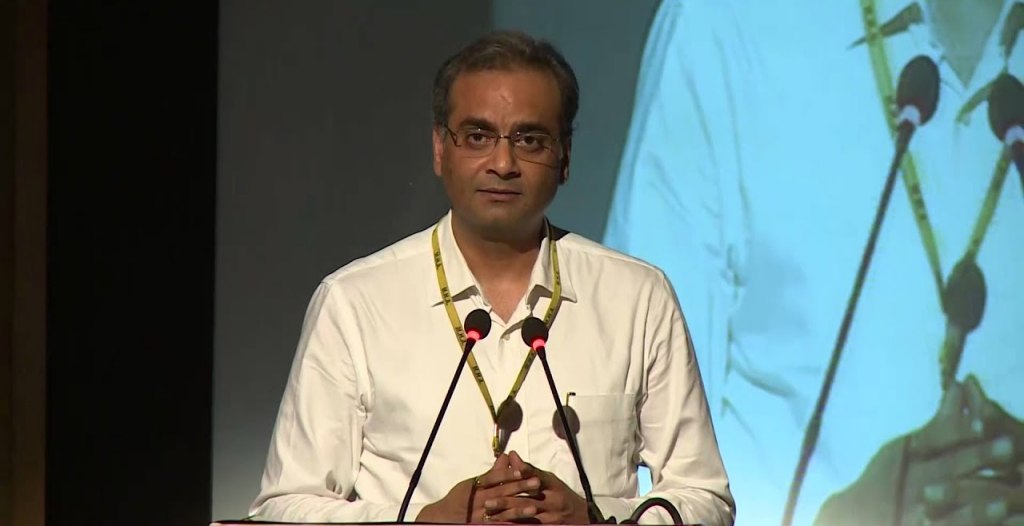 IAS Gaurav Dwivedi: Know the Man Behind MyGOV Initiative Who is also an IAS Officer

IAS Gaurav Dwivedi: Know the Man Behind My GOV Initiative Who is also an IAS Officer

Gaurav Dwivedi the IAS officer is the CEO of My GOV initiative. He is a graduate from Delhi University, he has done his MBA from LSC NYU. He has also done various programmes from the USA and is a highly educated individual.

He holds more than just a single post as of now. He is the deputy director at the IAS training academy Lal Bahadur Shastri National Academy of Administration.  He is also a director of Information Technology under the Ministry of Communications.

Gaurav Dwivedi is from the IAS batch of 1995. Gaurav Dwivedi’s IAS cadre is Chhattisgarh. He has worked in various capacities.

He surely has a very wide portfolio!

The MyGOV platform is a very unique platform to India. It was launched on the 26th of July 2014 by the Honorable Prime Minister Shri. Narendra Modi.

It is one of its kind participatory governance initiatives aimed at the common citizen. The main aim of this website is to bring the government closer to the people through the digital platform.

It allows the common man to exchange ideas with the government alongside experts in order to improve the condition of the economy therefore contributing to the society and the economy of the country.

This platform has become an integral part of the planning process of the government. The website has allowed citizens to become a bigger part in policy making and also policy implementation by voicing out their opinions at a larger platform which is far easier to work with.  The platform has more than 9.5 million users who contribute with their ideas on a regular basis.

Looking at the amazing work done by IAS Gaurav Dwivedi, many people would get inspired to create positive change in the nation.

If you wish to create such a change then become a civil servant who can create a change. Make sure you prepare well for your exam in order to make your dreams a reality.

Now becoming an IAS officer in a generation has not been an easy task. It requires a lot of mental strength and fortitude in order to become an IAS officer.

Candidates need to prepare very well in order to become an IAS officer and the first and foremost part would be to start preparing well in advance. You need to give yourself adequate time and cannot prepare one or two months before the exam.

Make sure you get around a year for preparation so that you will be able to cover the very wide syllabus of the UPSC exam better. Know the syllabus well and learn to break it down into smaller parts so that you can study with more freedom and fluidity.

Also Read: How to Make Notes from NCERT for UPSC? Use NCERTs Efficiently to Train for UPSC

Create a timetable in order to beat the monster of an exam. This exam is not going to be easy if you do not prepare well.

Start your timetable and base it around your syllabus and believe in your strategy. Know yourself well, so that you will know how many hours of studying you can manage on a daily basis and calculate your rest time well too.

A timetable should contain enough rest breaks too, or else you will not be able to work efficiently in the long run. You are not a machine, so ensure that you also enjoy it when you are not studying.

If you have been fascinated by the My GOV initiative, then this article will act like the biography of the CEO behind this initiative.

Gaurav Dwivedi is a very well educated and highly posted individual. He is one of the senior-most officers in his cadre.

Article Name
IAS Gaurav Dwivedi: Know the Man Behind MyGOV Initiative Who is also an IAS Officer
Description
Do you know who is the CEO of My GOV? Know more about the CEO and IAS officer Gaurav Dwivedi, who is currently posted in the state of Chhattisgarh.
Publisher Name
UPSC Pathshala
Publisher Logo