Getting a decent UPSC rank is like dreams come true. UPSC has always been tough to many and that’s why many aspirants leave it in the middle. Many people, after failing, think that it was their last chance and leave it. But, one should keep moving on, if they truly want to serve society and make their dreams their reality. Perseverance and patience are very important for UPSC.

This article talks about one such person who didn’t stop aiming for his dream and he is IAS Shrikant Khanderkar. Know about his biography, wiki, current posting and UPSC rank. Know his inspiring journey, optional subject and strategy that he used for UPSC. Read the whole article to stay motivated.

Shrikant Khandekar is a student from Mangalwedha taluka of Solapur district. Shrikant is ranked 33rd in the country. His father, who lives in the village of Babchi in Mangalwedha, is uneducated, but he recognized the importance of children’s education at the time. He sold three acres of land for his children’s education but did not allow the education to be disrupted.

Srikanth was aware of the hardships the family was doing for him and he studied hard. Srikanth’s early education was in a Zilla Parishad school in the village. After completing his secondary education at Nimboni English School, he completed his education from Solapur to Bariv. He studied Agricultural Engineering at Dapoli Agricultural University. He was also selected for IIT during this period. But he was adamant about his decision to take the UPSC exam without going there.

In fact, for students studying engineering, getting selected in IITs is nothing short of a dream come true. But everyone has a dream and that much perseverance is important. Srikanth started studying in Pune for one year. He then studied in Delhi for six months. In his first attempt, he was ranked 33rd in the country. He is second from the state in the OBC category.

IAS Khandekar Shrikant Kundalik was appointed as the Assistant Collector (Under Training) at Nalanda, Bihar. He was appointed in 2020 after his completion of Phase 1- Training Programme of LBSNAA, in Mussoorie.

IAS Shrikant Khandekar took Forestry and Agricultural engineering as optional subjects in Indian Forest Administration Services Exam. For a fresher student, an optional subject should be read three times before the prelims exam. After prelims, we should only have time for revision.

He is from a farming background and when he was in 12th he had read a book named ‘Raj Mitra’ which had several civil services stories and many of them were from economically backward societies, he decided in 12th standard that he wanted to become IAS when he was inspired by these stories and he had made up his mind that he would achieve it.

He said that the prelims of both civil services and forest services are the same but the mains are totally different. There can be the same GS paper in mains. The approach is different in mains while the prelims are the same. Srikant opted for political science in civil services. He had opted for three optional subjects and he said that forestry is a technical subject, then his senior recommended a book for him, which helped him a lot.

He also said that ‘If your situation is financially not good, one should not feel low, he/she should rather be motivated with this and do their best, They say that if God closes one door then he leaves a window open, so one should never feel they can’t do anything, one will find a way. One should never be depressed and continue to work.’

For Forestry as Optional

#Principles and Practice of Silviculture by L.S. Khanna

#Theory and Practice of Silviculture Systems by Ram Prakash, L S Khanna (but wasn’t able to revise) and K. Manikandan and S. Prabhu

For Agriculture as Optional

#Handbook of Agriculture by ICAR

#The Hindu – Survey of Indian Agriculture

#Agriculture Statistics – Dept. of Agri. and coop. statistics at a glance – Special Issue of Agriculture by The Hindu

Despite coming from an economically backward background, he kept his dreams and thoughts high. He has set his standard high and achieved it. IAS Shrikant Khandekar had never made his condition his drawback and that’s why many people salute him. He is a role model to many and many aspirants should learn from him. His determination, struggle and perseverance should also be followed by all. Everyone has hardships in their life, the man who fixes up his mind to not work out, he will not but, if anyone stands up and tries to work his way out then, no one can stop him. Determination and keep working on should be a motive, whether you are in dark or light.

One can find many inspiring stories at UPSC Pathshala, to boost your motivation. Do let us know in the comments section below if you need any help, we will be glad to help. 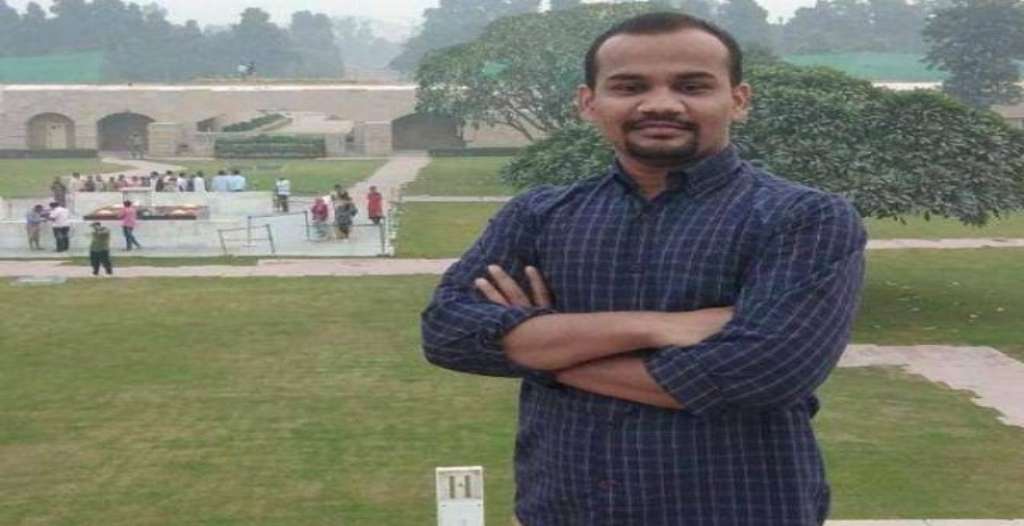 What Is the UAPA Act? Here’s All You Need to Know about the Act for the UPSC Exam