Being an IPS officer is something that each UPSC aspirant aspires to achieve. More than 10 lakh aspirants appear in the UPSC CSE hoping to become officers in the IAS, IPS or any other civil service wanting to serve the nation, but not everyone can achieve that. Preparing for the UPSC exams is a daunting task, you might feel tired at times or even lose your motivation. Hence you must keep reading the success stories and journeys of officers who have cleared the UPSC Civil Services Exams successfully. These will not only keep you motivated but will also guide you in the right direction.

Aishwariya Sharma is one such officer who successfully cleared the UPSC examination and got selected in the Indian Police Services. Continue reading this article to know more about Aishwariya Sharma’s IPS preparation strategy, mark sheet, posting and wiki.

Aishwariya attended multiple schools since her father Mr A.K. Sharma was an IPS officer as well and her mother is a housewife. He used to get transferred regularly. Aishwariya Sharma finally graduated from Delhi Public School, Bhopal and she later joined the National Institute of Technology Bhopal to complete her Bachelors of Technology in Electrical Engineering. She later cleared the UPSC civil services exam in 2016 which was her second attempt and became an IPS officer in 2017.

Aishwarya also has an elder brother, who too is an electrical engineer. He is currently working in HCL Seattle.

Aishwarya began her UPSC preparation after completing her B.Tech from NIT Bhopal. She didn’t join any coaching rather decided to self-study. She referred to different books for different subjects but stuck to a single book for each subject. She believes reading NCERTs thoroughly is an important step for UPSC prelims preparation. Aishwarya also mentions that there is nothing like reading newspapers daily which will prepare you for current affairs. Students can also subscribe to multiple current affairs booklets. Aishwarya also believes that joining a test series will help you clear the prelims.

How did Aishwarya Prepare for the UPSC Mains

Aishwarya took some lessons from her first attempt while preparing for the UPSC Mains for the second time. Answer writing according to her is an important skill to clear the UPSC CSE Mains exam, and you need to perfect it if you wish to score exceptionally well in the exam. Mains is an analytical paper and the test takers wish to know your thought process, so not joining any coaching helped Aishwarya develop her thought process.

Going through books can become boring and it is up to you how you will spice things up. Aishwarya would listen to Spotlight on All India Radio or would watch Lok Sabha and Rajya Sabha TV to not get bored and tired while preparing for UPSC mains. These programs helped her analyze things.

You also need to solve previous year papers side by side. Aishwarya also believes that while writing the answers you don’t have to beat around the bush. You should be to the point while answering questions in mains. She also prepared a timetable daily rather than preparing a timetable of a complete month. She also believes that studying daily is the key to score well in the UPSC exam. She also made her notes for the general science paper.

Aishwarya’s optional subject in her first attempt was Electrical Engineering. The mistake she made was that she wasn’t comfortable with the subject but still she chose it. Choosing the correct optional subject is important. You shouldn’t listen to what someone else is saying rather go through the syllabus of each subject and then make an informed decision.

For the second attempt, Aishwarya chose Economics as her optional subject. It was a completely new subject for her so she took guidance from Mahesh Lalwani Sir. The problem she faced with economics was that there was no test series for economics hence she solved previous year papers to prepare for economics as an optional subject. You must get your answers checked by a professor in the same field. You should choose an option which you are comfortable with.

How did Aishwarya Prepare for the Interview?

You need to be well prepared if you wish to do well in the interview. Your rank will be decided depending on how good your interview was. Aishwarya appeared in several mock interviews to boost her chances.

You should be thorough with your detailed application form since everything on it can be a question. Aishwariya also advised that you should be yourself rather than copying someone else. There is no need to get agitated or disrespect someone if you don’t know an answer.

Aishwarya’s mains mark sheet is given below. Her optional subject was Economics.

What is Aishwarya doing Now?

Aiswarya, like her father, always wanted to become an IPS officer. Her father is her role model. She completed her Master’s in Police Management from Hyderabad. Since Aiswarya was in Maharashtra Cadre, she completed her probation from Kolapur. Her first posting was in Pune and now she is posted as Superintendent of Police in Pakke Kessang Arunachal Pradesh.

She feels that the job is both challenging and satisfying. There are no fixed rules and she faces different situations daily. She says that there is never a dull moment and she gets to meet new people daily.

Aishwarya Sharma’s journey has made us understand that it is not easy to clear the UPSC exams and you need to strive hard to secure a good rank. You need to have a clear focus and should be determined if you wish to succeed in the UPSC exam.

You can take a lot of lessons from Aishwarya’s journey while preparing for the civil services exam.  You can read more about UPSC preparation, view courses and learn about the struggles and preparation strategies of serving Civil Service officers at UPSC Pathshala. 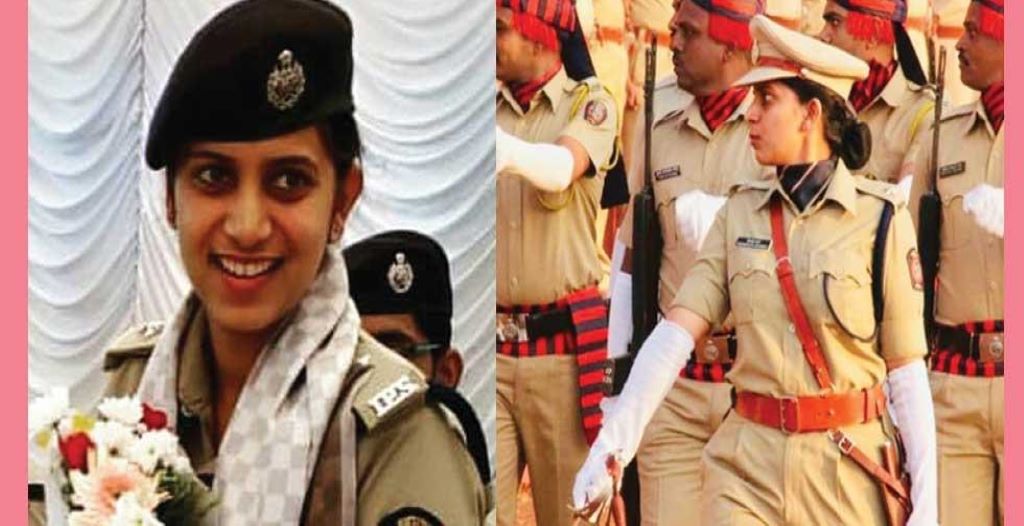 Can I Give the UPSC Exam in the Last Year or before Graduation? Which Graduation is Best for UPSC?

IPS Pooja Yadav Biography: Know All about the IPS Officer Who is a Social Media Star