India’s acclaimed athlete Hima Das has been awarded the position of Deputy Superintendent of Police in the Assam Police force. This is a strong motivation for many sports persons to pursue their careers with dedication and reach great heights of success. Read along to find out about IPS Hima Das’ biography, her education, and her strategy in her sport which earned her an IPS position.

The position of Deputy Superintendent of Police was awarded to her under the Integrated Sports Policy of the state of Assam. This policy aims to decorate international sports persons with a government job position. IPS Hima Das was appointed as DSP on 26th February 2021.

Who is Hima Das?

Hima Das is an Indian sprinter and athlete from the state of Assam. Also nicknamed as the ‘Dhing Express’, Das holds the current national record for 400m. She is also the first Indian to bag a gold medal in the World Athletics U20 Championship. She has also excelled in track events and earned medals in the Jakarta Asian Games in 2018. She was also a part of 2 track events in the Commonwealth Games of 2018 in Australia.

There are a couple of other international sports events where Hima Das has bagged medals and made the country proud. She also has been the brand ambassador for the giant sports brand ‘Adidas’ which has consistently been providing her with top-notch facilities. Hima was also the first-ever youth ambassador of UNICEF India in 2018.

Hima Das was born on 9th January 2000 in the Kandhulimari village of Assam, near the town of Dhing, and her parents Ronjit Das and Jonali Das were farmers by profession. She has 4 other siblings, of which she is the eldest. For her early education, Hima went to the Dhing Public School and then the Jawahar Novadaya Vidyalaya.

She developed a strong interest in football in her school time but could not see any future scope for women’s football as a sport in India. She switched to sprint running after consulting the physical education department in her school. Hima Das completed her education and passed 12th grade from Assam Higher Secondary Education Council in the year 2019.

The Dream and Strategy for Sports

Hima was picked for numerous track events in school in various school and district level athlete meets. Although she had a strong inclination towards football, her dream of wearing the Indian jersey made her diversify and move towards athletics. Realizing this dream at a young age, she bagged her first gold medal just at the age of 13 years. Her father was himself a sports enthusiast and of the first coaches she ever trained with.

She used to wake up early in the morning and go for runs. The lack of access to any tracks was no setback for her and she used to run in the paddy fields. She even helped her family out in farming activities. She always portrayed her responsible and dedicated character and moved swiftly towards her dream.

The career of Hima Das has been remarkable at such a young age. She competed in the Commonwealth Games of Gold Coast, Australia, at the age of 18. She participated in two events here. In the same year in July, she won a gold medal for 400m at the World Championship in Finland. She also set the national record for 400m in 2018 at the Jakarta Asian Games. All these achievements came in the same year.

Hima Das may have her own training and sports strategy, but her excellence in every event proved that it was worth every effort. Following below are some of her other major achievements:

A UPSC rank is surely required to make it to the civil services but Hima Das earned the position for herself by establishing her name in the field of international sports. This is one of the various achievements that she earned in her career. Firstly, she was awarded the Arjuna Award in 2018 by the President Of India for her brilliance in sports. As mentioned before, she was also the first Indian youth ambassador for UNICEF.

Achieving the gold medal at an international event itself was a great achievement for her as she was the second person in Assam to have ever bagged such a prize after Bhogeswar Baruah. She appeared in the reality TV show ‘Kaun Banega Crorepati’ in November 2019. Other than she has also been appointed as the sports brand ambassador by the Assam government.

Looking at UPSC Beyond Ranks and Studies

The Civil Services in India rightly recruit candidates through the UPSC exam conducted annually for nationwide aspirants. However, this biography shows that there is a place for talented, dedicated, and victorious sportspersons in the government departments as well, and these need no UPSC ranks. Infact, their discipline and sincerity as a sportsperson are exemplary for every civil services candidate.

Hima Das proved her potential through remarkable international performance and made the whole nation proud. She stands as a figure of recognition for Indian sports at such a young age and her name will be long remembered in the sports field. This also gives hope to other promising sportspersons to always strive for success and their efforts will be rewarded with prestige.

This narrative is a truly exceptional demonstration of the spirit of chasing dreams. It is not only the success that made her a DSP in the Indian Police Service but the excruciating journey that was full of ups and downs. She always carried the dream of playing for the country within without expecting what the future holds for her. And finally, she made it to the top. For more such inspirational success stories, click here and explore the narratives of victory. 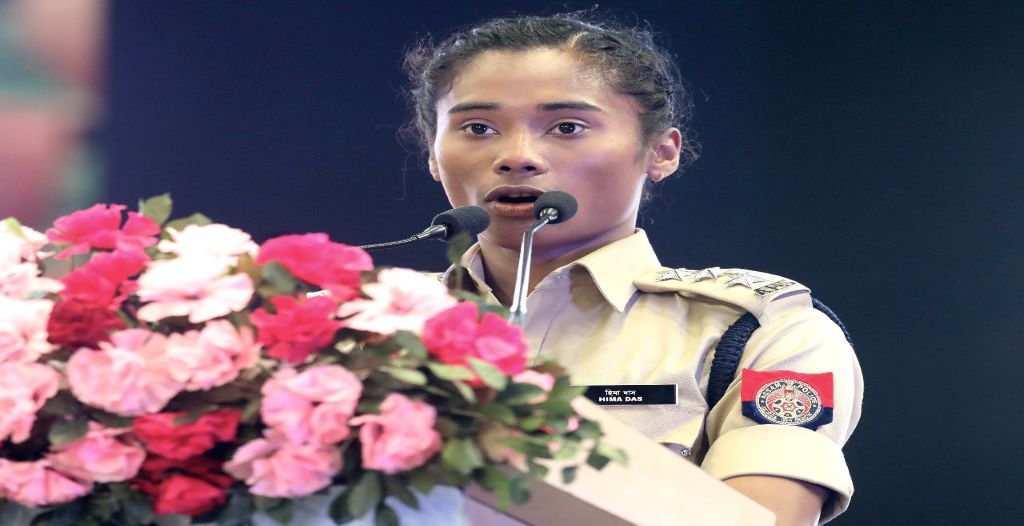 Article Name
IPS Hima Das Biography: Here’s All about Her Education and Current Posting
Description
This is the story of Hima Das, the world-renowned Indian sports star, who has earned herself a position in the Indian Police Service. Read along to explore her amazing journey.
Other

What is the Claiming Age Relaxation in UPSC? Find the Answers You have been Looking For