Clearing the UPSC Civil Service Exam is one of the most difficult exams to clear. Each year lakhs of candidates appear in the examination but only a few thousand can clear the exam. But if the intentions of the aspirants are strong, they can overcome the biggest obstacles in their face. This article contains the story of one such woman, who has become an example for thousands of females all over the country.

IPS N Ambika has performed such a task which we cannot even think of. It isn’t that she didn’t face any troubles in her journey, the difference is just that she didn’t give up at any point. Continue reading this article to know more about N Ambika’s journey, preparation strategy, current posting and life after becoming an IPS.

IPS officer N. Ambika was a victim of child marriage. She was married to a police constable at the age of 14 in Tamil Nadu. She became a mother of two daughters by the time she was eighteen, after four years of marriage. Despite this, she never gave up in the face of difficult times and continued to struggle to achieve someplace big in life.

Her IPS journey began when she visited a republic days parade with her husband. She noticed him saluting several officers and that’s when she inquired about them. Her husband replied by saying that they were IPS officers. That’s when she decided to become an IPS officer. But the journey wasn’t easy.

When Ambika decided to become an IPS officer, she hadn’t even passed her class 10th exams. She didn’t let this fact scare her. She first completed her class 10th and 12th from a private institution. Then she went on to complete her graduation as well. But if she wanted to become an IPS officer, Ambika had to appear in the UPSC Civil Service Exams. She shifted to Chennai to prepare for the exam. That’s when her husband stood up and took care of their children along with doing his job.

But it was not smooth sailing from there. She failed thrice in the Civil Service Exam. After failing thrice in the exam Ambika’s husband requested her to return home. But Ambika didn’t give up. She asked for her husband’s permission to appear in the exam for one final time. In 2008 and her fourth attempt Ambika passed the UPSC Civil Service Examination. Ambika was allocated the Maharashtra Cadre and is currently the Deputy Commissioner of Police in Mumbai.

N Ambika’s journey to the path of success wasn’t easy. She faced a lot of challenges but never gave up. Her preparation strategy began when she moved to Chennai. One important tip she gives every student is to read the newspaper daily. Reading the newspaper is an important part of UPSC preparation. One should not only read the newspaper but also make notes since our brain can only store a limited amount of information. Making notes can help you remember the information for a longer period.

Aspirants are recommended that they use only a single source for each section of the exam. Using multiple sources for each section can not only confuse her but also limit the ones time to revise. Another useful tip to candidates is that they should answer as many questions as possible and should appear in a mock test series. By doing this you will get a clear idea of how to write good answers which help you secure a good UPSC rank.

What did Ambika Learn from Her Past Mistakes?

Ambika attempted the UPSC exam thrice before clearing the exam in her fourth attempt. She always learnt something from each of her attempts. She wasn’t able to qualify for the UPSC mains in any of her previous attempts. But the lessons she took from her previous attempts enabled her to not only clear the prelims in her fourth attempt but also clear the mains and the personality test. One should always analyze themselves after attempting any test series or mock tests. The aim of giving the test series is to know your strengths and weaknesses. If you are not analyzing yourself and working on your weaknesses then you won’t be able to achieve what you aim for.

Which Optional Subject should One Choose?

Choosing an optional subject is an important step to become a civil servant. One must only choose an optional subject which interests them instead of listening to everyone. You should first go through the study materials, previous year question papers, and preparation strategy of candidates who had taken the same subject. One should not rashly take this decision since optional subjects account for a lot of marks in your final total.

N Ambika’s journey has been an inspiration for most women. Even though she was a victim of child marriage, she refused to struggle and lame the system her whole life. She instead dedicated her life to fight and change the system so that she can improve the lives of thousands of people so that they don’t face the issues she faced.

Ambika’s story shows that with great strength and courage we can overcome any difficulties faced by us. Her story also shows us that if you are busy blaming your past then your future won’t ever improve. Her story might have inspired some candidates preparing for the UPSC Civil Service Examinations. You can visit the UPSC Pathshala website to read the success stories of more candidates. 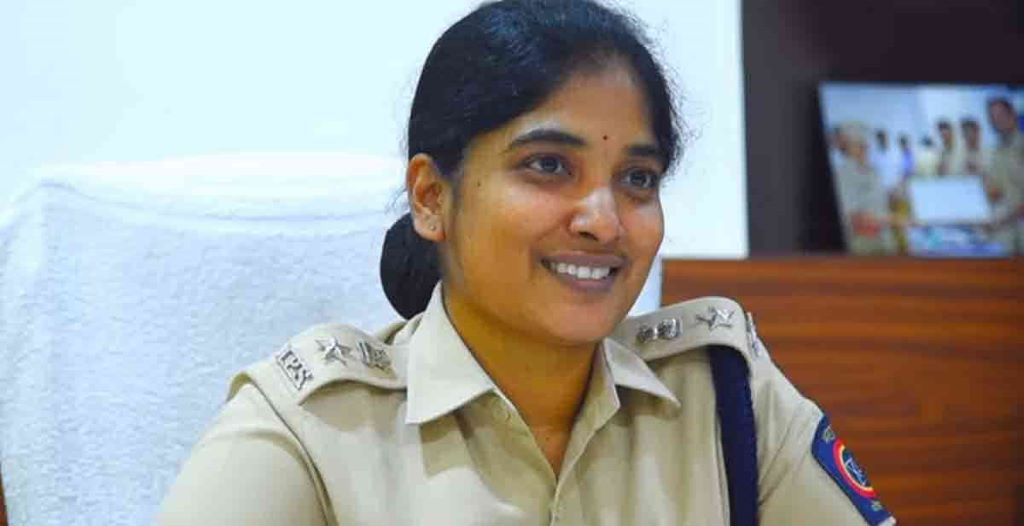 Article Name
IPS N Ambika Biography: Here’s the Story of the Officer Who’s Determination has Inspired Thousands
Description
Want to know about IPS N Ambika? Read this article to know more about the struggles and journey of the IPS officer who has inspired women all over the country.
Publisher Name
UPSC Pathshala
Publisher Logo

What is the Claiming Age Relaxation in UPSC? Find the Answers You have been Looking For