Following the release of the UPSC exam result for 2020, the names of all the top scorers are being revealed one by one. One of them is known as IAS. Dr Apala Mishra is also a UPSC topper, having received the 9th highest score in the civil services exam 2020.

Who is Apala Mishra? So today the article will discuss Dr IAS Apala Mishra. Her family, education, and candidates will all be aware of her UPSC strategy. Let’s read on to know more.

She consents to work in the Indian nation, after which she declares that she will study for the UPSC Exam. She is very intelligent, and she is constantly told that she can achieve anything she desires.

Amitabh Mishra is her father’s name. Her education began at Delhi Public School, Rohini, and continued at Army College of Dental Science, where she earned a Bachelor’s degree.

Amitabh Mishra, her father, is a retired military officer. Dr. Alphana, her mother, is a professor. Abhilekh Mishra is her brother’s name. Her grandfather is a novelist, the late Hazari Prasad Dwivedi.

While engineers continue to dominate the UPSC Civil Services toppers list, Dr Apala Mishra, who holds a dental surgery degree, has secured a spot at rank 9. Mishra, a Delhi resident, not only passed the exam but also received the highest score (215) on the personality test. The top student attributes her success to hard work and self-study. Interestingly, Mishra failed to pass the preliminary stage of the exam in both of her previous attempts.

Talking about deviating the career path from medicine to administration, Apala said, “My background served as a source of inspiration for me. I took a careful look at our country’s healthcare system and realised it requires more attention. This thought inspired me to pursue a career in the civil service in order to make a greater impact in society,” she said.

“Exams like UPSC CSE can take a mental toll on anyone and it is very essential for aspirants to take care of themselves. It is important to make yourself a priority while chasing your goal,”

Below is Apala Mishra’s mains marksheet.

Apala claimed that by the time she was in her final year of dentistry, she was leaning toward civil service because it provides a lot of work opportunities. Anthropology was her optional subject.

She intends to work in the field of health, with a focus on women’s health. She resolved to devote 100% of her attention to her studies. A schedule has been created. She believes that candidates must devote 7 to 8 hours to their studies. During this time, she also learned how to make a timetable.

Because the syllabus was different from her educational background, Apala Mishra said she focused on understanding the exam and its syllabus, as well as her own strengths and weaknesses, in 2018. Understanding the pattern takes time. It gets better once candidates realise it, she says.

She then devised a study schedule of 7-8 hours per day. The UPSC topper took coaching classes in the beginning, but then switched to self-study because she believes that coaching centres can help them, but they must study by themselves at the end of the day.

Mishra’s weakest part was the prelims section because she was not able to clear it in her previous attempt. She says that one should revise the basic books as many times as possible. Because every time you go back and read, you will see topics that you don’t remember, so making it a point that you continually read and reread topics is very important.

Practice a lot of MCQs, and write as many mock exams as possible. When you don’t get a question, then make the answer a part of your notes, so that you don’t forget it. Mishra also said that one should do previous years papers after 2013, without fail.

These notes were actually made on her laptop in a soft copy format. She then divided the notebooks into further sections based on the topics. If you get more information about any certain topic, then one should go on adding it in the divided sections, so that this will give your answer an additional value.

Mishra states that time management is the most important pillar of preparation as well as the examination. One should try and maintain discipline and motivation along the journey. To keep up the discipline and motivation, she had bought a watch and kept a track of her study time. She would even stop her timer if she would drink water. She did a quality study and she advises the same to candidates. She says that consistency is the key in your routine studies.

Mishra said she studied for 7 to 8 hours every day and used a timer to keep track of how much time she spent on each topic. She used the basic books as well during her preparation. Apart from that, she used Google and Youtube to find online study materials to help her understand topics that were not covered in the basic books.

The UPSC exams were twice postponed due to the pandemic, according to Apala. Second, the virus affected her parents. During the second wave, her father was in the ICU. It was a difficult time for her because she was preparing for the civil service interview. She remained calm, however, and continued her fight for a good rank, hoping for the best.

How to Maintain Good Health?

She says that you should never doubt yourself, as self-doubt is the most common thing that happens. Self-doubt impacts directly mental health and that are common in these kinds of exams. First, there should not be self-doubt and keep away from people whom you feel are having a negative impact on you and intoxicating the environment around you. Be confident enough to push these people away.

Dr Apala offered some advice that she believes is both important and often overlooked.

“Balance your emotional and mental health because this exam will put your patience to the test. Have faith in yourself that you can succeed,”

After completing her dental studies in Hyderabad in 2018, the UPSC topper began preparing for this difficult exam in 2018, and she was successful in her third attempt.

Mishra attended school in Dehradun until the tenth grade, then moved to Delhi for grades eleven and twelve. She then graduated from the Army College of Dental Sciences in Hyderabad with a bachelor’s degree in dental surgery and went on to work as a dentist.

She explained how she set the new record in the UPSC civil services examination by answering almost all of the questions in the 40-minute interview round.

Apala offered the following advice on how to ace the exam:

#Make good use of the numbers.

#Don’t be alarmed; have faith in what you’ve planned.

#Because his father was in the army, Apala said she had to prepare for it with zeal. #She used to spend a lot of time with her father getting information about the army and understanding things about it.

#Apart from that, her mother Alpana Mishra, a Hindi storey writer and a professor of Hindi at Delhi University, assisted her in learning literature.

Apala wants to help India by improving its foreign policy. She studied BDS at the beginning of her career, but she later decided to prepare for civil service to serve the country on a global scale.

#What does your given name mean?

#Because both her father and brother are in the army, she was asked about the challenges and positive aspects of serving in the army.

#Her optional subject was the subject of the third question. What was anthropology, and what was the relationship between culture and religion, she was asked?

#The most intriguing and unique question she was asked was, “What kind of saree were you wearing, and what did the border symbolise?”

#She was asked to recite any poem she wanted during the interview.

#When it came to literature, she was asked how she felt about it.

She kept this poster in front of her eyes all day and night to remind herself of her goal.

Apart from that, Apala’s father, Amitabh Mishra, an army colonel, claims that after studying for 8 to 10 hours, he used to play table tennis with Apala for 30 to 40 minutes every day to relieve the stress of studies.

In the UPSC examination, Dr. Apala Mishra came in ninth place. Her achievement is noteworthy because she passed the UPSC exam on her third attempt. Her first attempt, however, was a failure.

She wants to help the country by improving foreign policy. She studied BDS in the beginning of her career, but she later decided to prepare for civil service in order to serve the country on a global scale.

Dr. Apala Mishra had already volunteered to serve her country as a dentist.

The UPSC top performer believes that she should take action in order to make significant, positive changes. In 2018, she made the decision to study for the civil service exam in order to serve the country.

If you want to prepare for UPSC, Apala believes you need to keep moving forward with a better strategy. She claims that you will not be able to reach your destination unless you try every day. Hard work, the right strategy, answer writing practise, maximum revision, and a positive attitude, according to him, pave the way to success.

Hopefully, this article has provided candidates with a vision of success. Without hard work and dedication in one’s work, one can’t achieve success. Candidates need to grow out of failures to spread their wings to succeed. UPSC Pathshala helps the candidates in every way to achieve their desired goals. Hop in now! 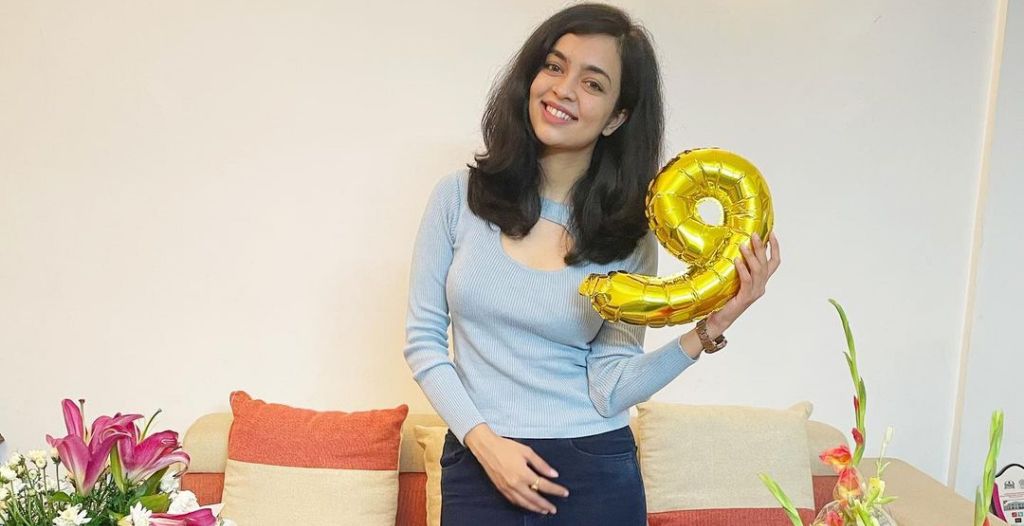 Article Name
Apala Mishra Biography: Facts to Know about Her UPSC Marksheet and Optional Subject
Description
Apala Mishra was born in the Ghaziabad district of Uttar Pradesh in 1997, and she is 24 years old as of 2021. Click here to know more facts about her and her journey in UPSC.
Author
Shilpa
Publisher Name
UPSC Pathshala
Publisher Logo

List of Tribes in India: How Many Tribes are there in India?

What is Urbanization and Its Effect on Society? An Important Topic for Upcoming UPSC Exam