The century-old disputed land of 2.77 acres of Ramjanmabhoomi-Babri Masjid land with the Allahabad High Court’s historic judgement of September-December 2010, that the disputed land be divided into three parts: one part-third to Ram Lalla, one-third part to Islamic Waqf Board and the remaining third to Nirmohi Akhara, has heightened with the recent set-up of a mediation panel to resolve the issue failed.

Current status of the case

The Waqf Board comments on the conditions for settlement that the Government must actively renovate the existing mosques after they submit the list of all the mosques in Ayodhya under the Archaeological Survey of India (ASI) and have no adversary to the setting up of a mosque in any other suitable place. They are ready to drop their claims to the temple-mosque site and have no objection in the land being handed over to the government to construct a Ram temple.

Who are the three blocs involved in the fight for ownership?

“Waqf”, in Sunni jurisprudence according to the Islamic Texts literally means handing over or inheritance of waqf property/ endowment. It legally confines or prohibits a specific thing under the ownership of the waqf and devoting its profit to the poor. It involves the donation of a building, plot of land or other assets for Muslim charitable purposes without any intention of reclaiming the assets.  The history of the legal Muslim endowment dates back to 9th Century AD.

The Central Wakf Council, India is a statutory body established under in 1964 under the Government of India under Wakf Act, 1954, now a sub0section of Wakf Act, 1995. It was established for the purpose of advising it on the working and administration of State Waqf Boards. The survey commissioner lists the waqf by taking up local investigations, summoning witnesses and requisitioning public documents. The waqf in funded to maintain and finance educational institutions, graveyards, mosques and shelter homes and is a continuing entity.

Such a board that has the legal jurisdiction to hold, access and transfer the property and has the legal contention to sue and be sued in court and can hoard both Shias and Sunnis in their juristic panel.  In the Rambhoomi dispute, the Sunni Waqf Board moved to court in 1961 against forceful Idol installation and seeking for the possession of the mosque and adjoining land.

Backed by the Vishwa Hindu Parishad, it is the presiding deity in the Janmabhoomi at Shwethambar, Ayodhya, the Hindus believe that is the birthplace of Lord Rama. Ram Lalla represents the Hindu majority with forerunners Hindu Mahasabha, Shiv Sena and BJP.

The livestock census is conducted across the country periodically since 1919. The census usually covers all domesticated animals and headcounts of these animals are taken.

Livestock census actually covers the census of livestock, poultry, implements and machinery used for livestock rearing. It is an important report to the policymakers, dairy industries, poultry market, agriculturists, etc.

The 20th Livestock Census was carried out in about 6.6 lakh villages and 89 thousand urban wards across the country in 2019.

Keynotes of the census for India

Why livestock is important for a growing economy?

Its natural deep-water harbor was a military gem for which the soldiers fought and died across the Guadal canal. 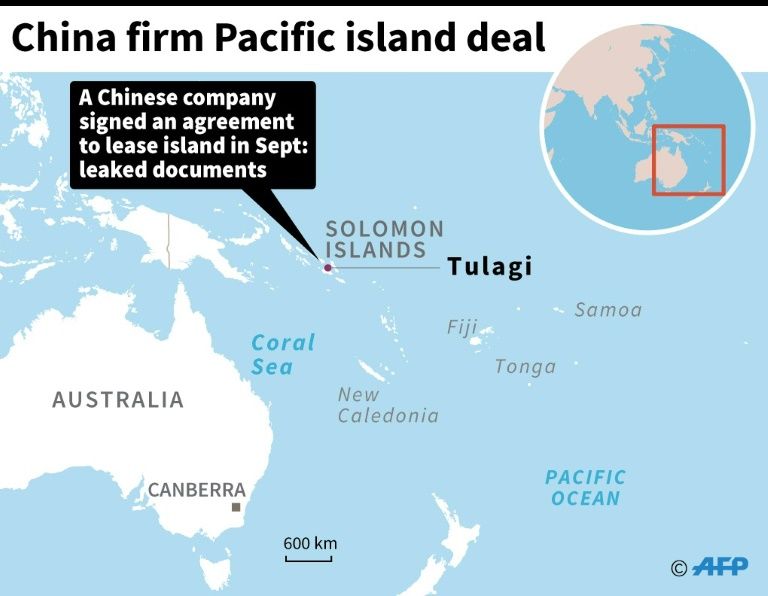 China signs a renewable lease agreement with the provincial government in the South Pacific nation, via a conglomerate Chinese enterprise called China Sam. There will be an enormous exchange and sanction for infrastructure and development at the behest of China that worries the US officials as the chain of islands was the pretext to keep China in check and secure the sea routes.

Why the secretive lease agreement?

China’s exploring moves are seen as troublesome, as it echoes the mistake Japan committed during the Second World War of wresting control over island assets that ended up in a bloody battle that the American and Australian troops won.

But, chief diplomats say that China only invests in a risk where it sees value and interest and that it is simply knocking the doors unchecked by the US.

It is organized by TRIFED(Tribal Cooperative Marketing Development Federation of India) under the Ministry of Tribal Affairs has recently been launched by the government. Consists of 18 Minister’s interns from reputed institutes of rural management, social work and social services.

Van Dhan Yojana was launched in 2018, in Chhattisgarh. A Van Dhan Vikas Kendra was set up under the program. The Ministry of Tribal Affairs launched the Van Dhan Internship Programme on October 17, 2019.