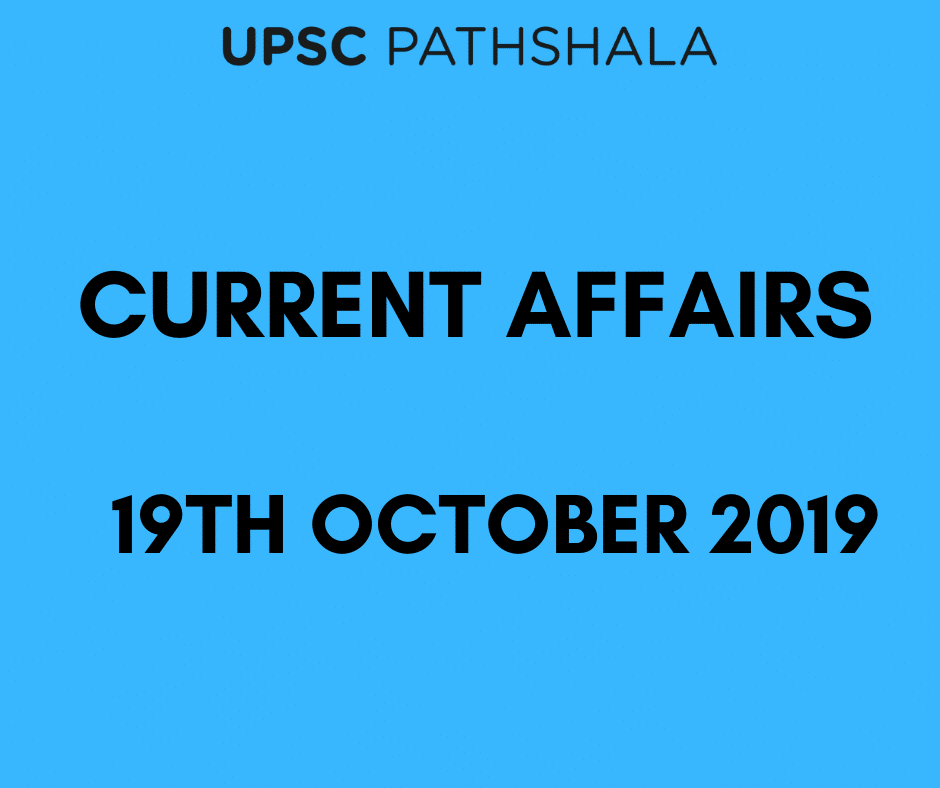 Protests against the demolition of Guru Ravidas temple in South Delhi

Yielding to the protests against the Supreme Court-directed demolition of a Guru Ravidas temple in south Delhi, the Centre has commissioned the allotment of the same site to the devotees to construct a new temple.

Who is Guru Ravidas?

The country’s food regulator Food Safety and Standard Authority of India (FSSAI) released a national milk quality survey that shows that milk samples from Telangana, Madhya Pradesh and Kerala accounted for the highest cases of adulteration.

Findings from the report

FSSAI states that it is committed to zero tolerance for any adulteration and contamination of milk and will intensify efforts for surveillance and enforcement in hotspots identified through the survey and has now directed the organized dairy sector to start complying with the quality norms by January 1, 2020.

According to FSSAI standards, the permissible limit of aflatoxins in milk is 0.5 µg/kg.

Consumption of food containing aflatoxin concentrations of one milligram/kilogram or higher has been suspected to cause aflatoxicosis, the prognosis of which consists of acute liver failure, jaundice, lethargy and nausea, eventually leading to death, according to a World Health Organization (WHO) study in February 2018.

What is the UNHRC?

The Human Rights Council is an inter-governmental body within the United Nations system made up of 47 States responsible for the promotion and protection of all human rights around the globe.

It has the ability to discuss all thematic human rights issues and situations that require its attention throughout the year.

Creation history: It was created by the United Nations General Assembly on 15 March 2006.

Members of the Council:

Working of the body:

Anniversary celebrations are carried out through several events in June every year.

Procedure involved in the appointment of the CJI of India

To one’s surprise, the Constitution of India has no such provision for criteria and procedure for the appointment of the CJI.

Article 124(1) of the Indian Constitution says there “shall be a Supreme Court of India consisting of a Chief Justice of India”. The nearest mention is in Article 126, which deals with the appointment of an acting CJI and in the absence of a constitutional provision, the procedure relies on custom and convention of the time.

When the incumbent CJI retires (all Supreme Court judges retire at the age of 65), the senior-most judge in the SC becomes the CJI as per the recommendation of the retiring CJI. Seniority, here, is not defined by age, but by the number of years an individual has been serving as a judge of the apex court.

Brownie points for selection is during the determination of the seniority of the judges:

What is the procedure?

It is laid out in the Memorandum of Procedure (MoP) between the government and the judiciary:

Removal of the CJI of India

Article 124(4) of Constitution of India lays down the procedure for removal of a Judge of Supreme Court which is applicable to Chief Justice as well.

Once appointed, the Chief Justice remains in the office until the age of 65 years. He can be removed only through a process of impeachment by Parliament as follows:

“A Judge of the Supreme Court shall not be removed from his office except by an order of the President passed after an address by each House of Parliament supported by a majority of the total membership of that House and by a majority of not less than two-thirds of the members of that House present and voting has been presented to the President in the same session for such removal on the ground of proved misbehavior or incapacity”.

Does the government get a say?

Since the establishment of the Supreme Court in 1950, there have been 46 CJIs, including the incumbent Ranjan Gogoi. In all cases, the convention and the procedure was duly followed, except for two – Justice AN Ray and Justice MH Beg during the time when Indira Gandhi was the Prime Minister.