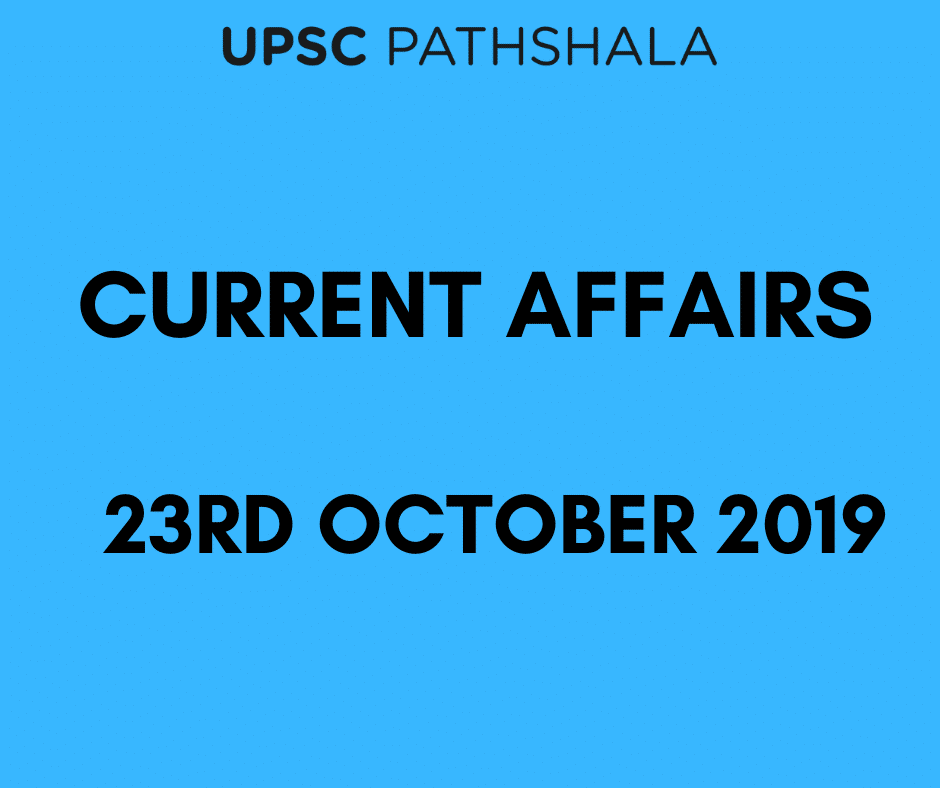 Since the Enforcement Directorate has already taken Mr Chidambaram into custody, he will not be let free in the money laundering case.

What we need to know?

Economic offences relate to fraud, counterfeiting, money-laundering, and tax evasion, among others.

Currently, various laws contain provisions to penalise such offences.  These include:

In March 2018, the Ministry of External Affairs stated that over 30 businessmen, under investigation by the CBI and the Enforcement Directorate, had absconded to avoid facing prosecution before Indian courts or to evade for tax. The Fugitive Economic Offenders Bill, 2018 was introduced in Lok Sabha on March 12, 2018.

Highlights of the Bill and Ordinance

The Bill allows for a person to be declared as a fugitive economic offender (FEO) if:

Filing of application to declare a person as FEO:

Declaration of an FEO:

An FEO is a person against whom an arrest warrant has been issued for committing any offence listed in the Schedule to the Bill, and the value of the offence is at least Rs 100 crore.

Further, the person has left the country and refuses to return, in order to avoid facing prosecution.  The Bill lists 55 economic offences in the Schedule, which include: (i) counterfeiting government stamps or currency, (ii) dishonouring cheques, (iii) benami transactions, (iv) transactions defrauding creditors, (v) tax evasion, and (vi) money-laundering.  The central government may amend the Schedule through a notification.

Supreme Court to look into the plea of Govt. to gain more access into the social media giants like WhatsApp, Facebook who are unwilling to divulge the access credentials in lieu of safeguarding their service proposition of end-to-end encryption. The draft of the revised new Information Technology Guidelines (Amendment) Rules by January 15, 2000.

What is the Government’s stand?

Adversaries to the government’s plea

Alakananda Hydropower Company (AHC) has taken the Union Water Ministry and the Uttarakhand Government to court following a 2018 notification by the National Commission for Clean Ganga (NMCG).

The Central Water Commission (CWC) issued the 2018 order that the hydel projects must change their designs to incorporate more water flow by October 2021 has been advanced to 2019. The notice went to 19 power projects along the river and its tributaries to release more water, but the companies are worried that it will be financially detrimental, might indefinitely impede the power generation and demanded the government compensation for the loss that would thus accrue due to the notification.

The National Mission for Clean Ganga (NMCG) is the implementation wing of National Ganga Council which was set up on 7th October 2016 under the River Ganga (Rejuvenation, Protection and Management) Authorities order 2016.

It was registered as a society on 12th August 2011 under the Societies Registration Act 1860. It acted as implementation arm of National Ganga River Basin Authority (NGRBA) that was formed as an empowered planning, implementing and monitoring authority for the Ganga constituted under the provisions of the Environment (Protection) Act (EPA), 1986.

NMCG was formed after dissolving the NGRBA, post declaration of the Ganga as the national river in November 2008.

The Bill lays down a host of restrictions to ensure the “uninterrupted, ecological flow” of the river and shall supervise the health of the 2,500-kilometre long banks by building a management structure. There has been a host of dams on the upper stretches of Ganga probing the government to necessitate the hydropower projects to change their design plans to ensure minimum flows all through the year without interruption to the generic flow.

“Unauthorised” activities causing obstruction due to engineered diversion of water or stoppage of water, could be liable to a prison term of 3 years or fines upto Rs. 50 crore, or both.

Cognizable offences under the act

Since the festival sustains an international status, the District Magistrate under Uttar Pradesh government will be now in charge of the organisation of the Mela.

The Central Treaty Organization, originally known as the Baghdad Pact or the Middle East Treaty Organization, was a military alliance of the Cold War. It was formed in 1955 by Iran, Iraq, Pakistan, Turkey and the United Kingdom and dissolved in 1979, with the withdrawal of Iran after the fall of Shah.

Aim: To prevent Middle East from the influence of Russian Communism.  The USA gave financial help to this Pact. But in 1959 Iraq resigned from Baghdad Pact.

(a) It was determined to keep Soviet Russia away from the Middle East and also played as a warning to other Arab Countries.

(b) It was expected that peace would be established in the Middle East, it would help the growth of trade and commerce among the member countries.

(c) This organisation became successful in projecting the defence system of America and England.

The Regional Co-operation for Development (RCD) was set up by the regional members of the Central Treaty Organization (CENTO), Iran, Turkey and Pakistan, in July 1964 to strengthen their socio-economic development.

However, a number of financial, political and administrative difficulties made progress under RCD slow. In January 1985, Turkey, Iran and Pakistan established a new organisation called the Economic Co-operation Organization (ECO) after 12 years of failure of RCD even after the Treaty of Izmir, 1977 was signed as the legal framework of RCD.