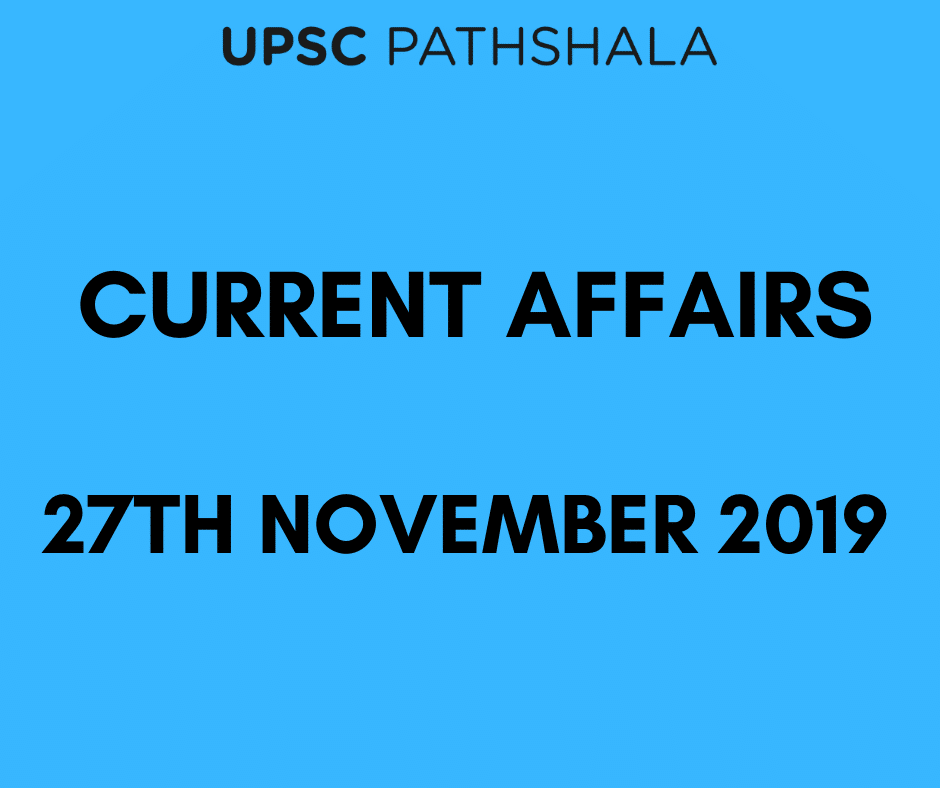 The Union Minister of State for Home, G. Kishan Reddy introduced a Bill in the Lok Sabha to merge the Union Territories of Daman & Diu and Dadra & Nagar Haveli.

What are the reasons stated?

Highlights of the Bill:

Ahead of the 24th edition of the Conference of Parties (COP) in Madrid, Spain, the United Nations Environment Program (UNEP) has warned that the countries’ action to combat global warming is inadequate to the need of the hour.

Mainly because of human-initiated activities, the concentration of gases like CO2, methane, chlorofluorocarbons, nitrous oxide, etc. has increased in the earth’s atmosphere and hence resulted in Greenhouse Effect.

Due to this phenomena, the average global temperature has increased. This is called Global warming.

In this context that the Joint Liaison Group was set up to boost cooperation among the three Conventions, with the ultimate aim of developing synergies in their activities on issues of mutual concern. It now also incorporates the Ramsar Convention on Wetlands.

Aims of the Paris Agreement

Once the treaty has been signed, each state will deal with it according to its own national procedures. After the grant of approval under each State’s own internal procedures, it will notify the other parties that they consent to be bound by the treaty. This is called ratification.

Important points of the Paris Accord

In accordance with Article 28 of the Paris Agreement, the earliest possible effective withdrawal date by the United States cannot be before November 2020. Thus, the U.S. will remain a signatory until November 2020.

The most significant mass cleanliness campaign by the Government of India under the leadership of the Prime Minister Narendra Modi on 2nd October 2014. He initiated this cleanliness drive in Varanasi as well wielding a spade near River Ganga in Varanasi under the Clean India Mission.

Under the significance of sanitation, the PM then had addressed the health and hygiene problems that roughly half of the Indians families have to deal with due to lack of proper toilets in their homes.

In Rural India, this would mean improving the levels of cleanliness through Solid and Liquid Waste Management activities and making villages Open Defecation Free (ODF), clean and sanitised.

Strategy to reach the target of SBM(G)

As per its claims and target, the government claims that the Mission has accomplished it target of achieving clean and 100% Open Defecation Free India by 2019.

Insight into the Editorial

In the editorial, the author draws attention to the data provided by the National Statistical Office (NSO) states that the deficit in equipping the countryside houses with a toilet system is of 28% as of October last year and not 5% as the Government held. Only 71% of rural households had access to the toilets at a time when the Centre was claiming 95%. It cites that there is still more ground to cover as some States declared to be open defecation free do not comply or qualify for the status.

Free distribution of FASTags at toll plazas yet to take place