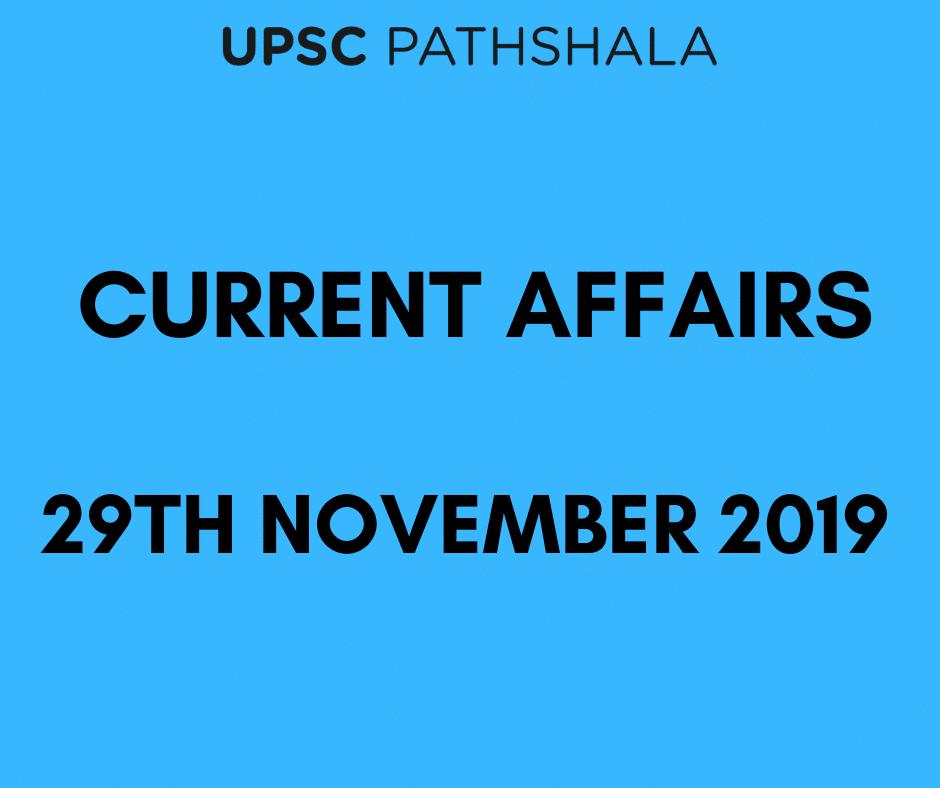 With India’s ranking in the Global Hunger Index (GHI) out of 117 qualified countries, standing at 102, there is vast scope for improvement and development in the area of nutrition-rich feeding.

What does the author opine?

Hunger is defined by caloric deprivation; protein hunger; hidden hunger by a deficiency of micronutrients. Nearly 47 million or four out of 10 children in India do not meet their potential because of chronic undernutrition or stunting. It is well-known that this leads to diminished learning capacity, increased chronic diseases, low birth-weight infants from malnourished parents. The global nutrition report pegs 614 million women and more than half the women in India aged 15-49 as being anaemic.

The author builds an important interdependence between Agricultural practices and Biodiversity …

Agrobiodiversity — relating to diversity of crops and varieties — is crucial in food security, nutrition and health and essential in agricultural landscapes.

The Centre for Biodiversity Policy and Law (CEBPOL), a policy advocacy unit of the National Biodiversity Authority, came out with recommendations to increase India’s agrobiodiversity in 2019. These include:

Other steps to be taken

This is necessary to achieve sustainable development goals related to hunger, health, conservation of ecosystem etc.

The consumption pattern and culinary diversity must be enlarged to increase India’s food basket to consume beyond rice, wheat and millets. For this, the conservation of indigenous crops, livestock and poultry breeds is required that can be enabled by mainstreaming biodiversity into agricultural policies, schemes, programmes and projects to achieve India’s food and nutrition security and minimize genetic erosion.

Not as you say, but as you do (EDITORIAL)

The author picks in on the tremendous friendship factors of India with its neighbourhood nations that are also becoming a signboard for democracy with a massive public mandate like itself. Hence, opines that, the earlier trends of holding tough-talk with its counterpart leaders could be difficult though the Modi government is proactive in building at least a quasi-stable relationship to mark the “Neighborhood First” policy.

India was swift enough to greet the newly sworn-in President of Sri Lanka, Gotabaya Rajapaksa with an invitation to visit India that eventuates as his first trip abroad in office. This, in itself, is an example of how seriously India finds the need to pioneer in building relations with its immediate friends in the subcontinent.

In February 2018, the erstwhile External Affairs Minister, Sushma Swaraj had made a similarly remarkable trip to Kathmandu to invite K.P Sharma Oli, two weeks even before he was sworn in as Prime Minister, while he made his first visit abroad in his tenure to India, two months later.

Similarly, Prime Minister Narendra Modi has also travelled to Bhutan, Maldives, and Sri Lanka at the beginning of his tenure.  His attendance to the swearing-in ceremony of Maldives President and he later inviting the regional leaders to his own ceremony this year was indeed a friendly gesture. However, given that the countries in the subcontinent that India engages with now have elected leaders with big political mandates, New Delhi has a new set of challenges to its policy.

Pillars to be strengthened

Though Sri Lankan President has accepted the invitation from India to tour India, it just forms a base for India-Sri Lanka ties. The other pillars of friendship will prove helpful only with timely action.

With these numbers rocketing, New Delhi shall be put in a hot tub to steer the neighbors through its tough stance, as it once did, on investments from China, especially as the government itself seeks to attract the same into India.

Twist in the tale

The internal issues of the dilution of Article 370, the Citizenship Amendment Bill, the National Register for Citizenship and detention centres for illegal residents, cases of mob lynching are all being discussed intensely in capitals in the neighborhood, from Male to Dhaka and Naypyitaw, and will impact their conversations with New Delhi.

With India’s own minorities mistreated, the chance stand bleak for Sri Lanka to consider India’s words aimed at the former to bring “equality, justice, peace and dignity” to minorities in Sri Lanka.

Similarly, protests that India made in the past with the Maldives over political arrests or efforts pushing for elections in Afghanistan will hold less water in the future, given the Modi government’s failure to hold elections in Jammu and Kashmir and the prolonged incarceration of the Valley’s political leaders.

And, it will be hard for New Delhi to lecture Nepal on constitutional rights for Madhesis; Pakistan and Bangladesh on treatment of their Hindu and Sikh minorities; and Myanmar on Rohingya, when the government is not seen upholding those ideals itself.

Hence the author believes that New Delhi must practice what it preaches.

UNICEF has informed that they have launched ‘YuWaah’ Generation Unlimited in India on 1.11.2019. ‘YuWaah’ is a national youth skilling initiative to provide jobs to 300 million launched by UNICEF. It is a multi-stakeholder alliance which aims to facilitate youth to gain relevant skills for productive lives and the future of work.