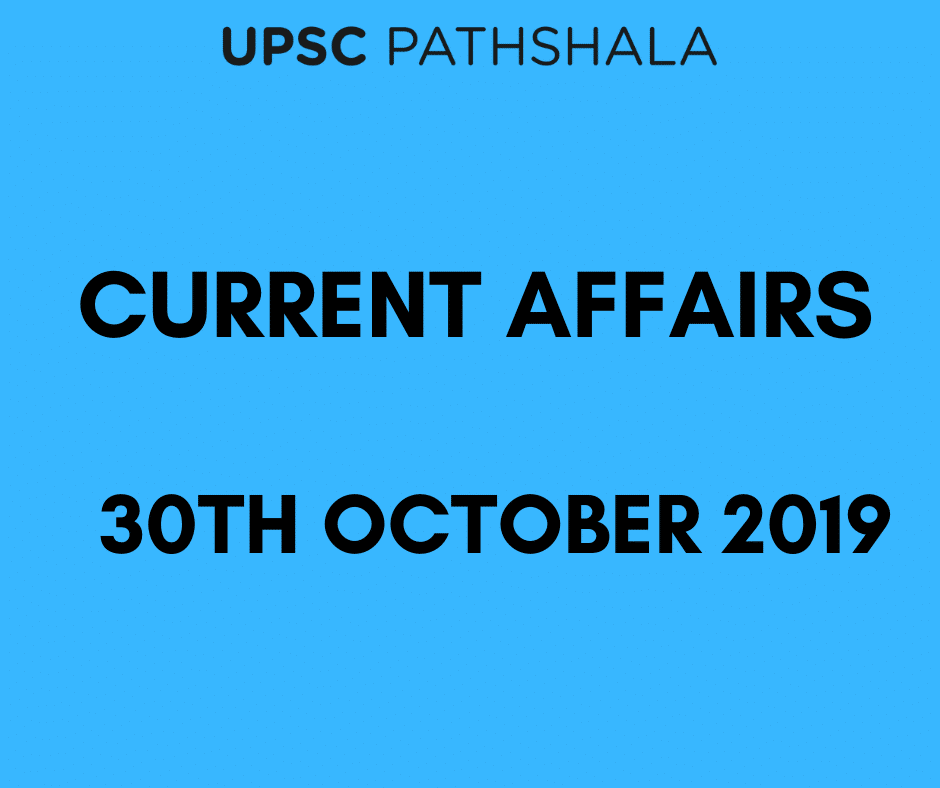 An umbrella organisation of non-governmental organisations in Manipur has announced a 20-hour protest on October 31 2019, as the deadline nears for arriving at a solution to the protracted Naga political problem. The call for the protest is to build a civil uprising and a collective resolution to determine the future of the Nagas in case the final Naga deal challenges Manipur’s territorial integrity, economy, cultural practices and administrative set-up.

Here, Arunachal Pradesh, Manipur and Assam fear of losing large swathes of land if the Centre judges at an “inclusive settlement” of all the north-east Naga inhabited lands with the news of redrawing of the boundaries of the States.

History of the Naga insurgency issue

With the leadership of both the countries, there will a formation of the India-Saudi Strategic Partnership Council, announced the Prime Minister of India in Riyadh, the capital of Saudi Arabia.

At the Future Investment Initiative (FII) forum, the Prime Minister said the country aims to invest $100 bn in refining, pipelines and gas terminals; and that Saudi Aramco has decided to invest in West Coast Refinery Project- the largest refinery of Asia.

The two sides stressed on energy security and “Strategic Petroleum Reserves” (SPRs). Saudi Arabia is now only the fourth country with whom India has an inter-governmental mechanism headed by the prime minister. Germany, Russia and Japan are the other three.

The two countries have signed 12 MoUs on issues such as preventing narcotics trafficking, renewable energy, training of diplomats, defence industry production, security collaboration, use of RuPay cards in Saudi Arabia, medical products regulations, etc.
Both the countries look forward to tie0ups that would potentially strengthen the relationship across sectors especially in trade and investment, human resources development, infrastructure and people-to-people ties.

The awards is an annual affair granted to organisations working on sustainable development, highlighting the contribution of green and social enterprises to advancing the Sustainable Development Goals (SDGs).

SEED: An acronym for Supporting Entrepreneurs for Environment and Development.

It is a global partnership for action on sustainable development and the green economy.

This initiative works in Asian and African countries including Ghana, India, Indonesia, South Africa, Thailand and Uganda and supports small and growing enterprises with business and capacity-building support.