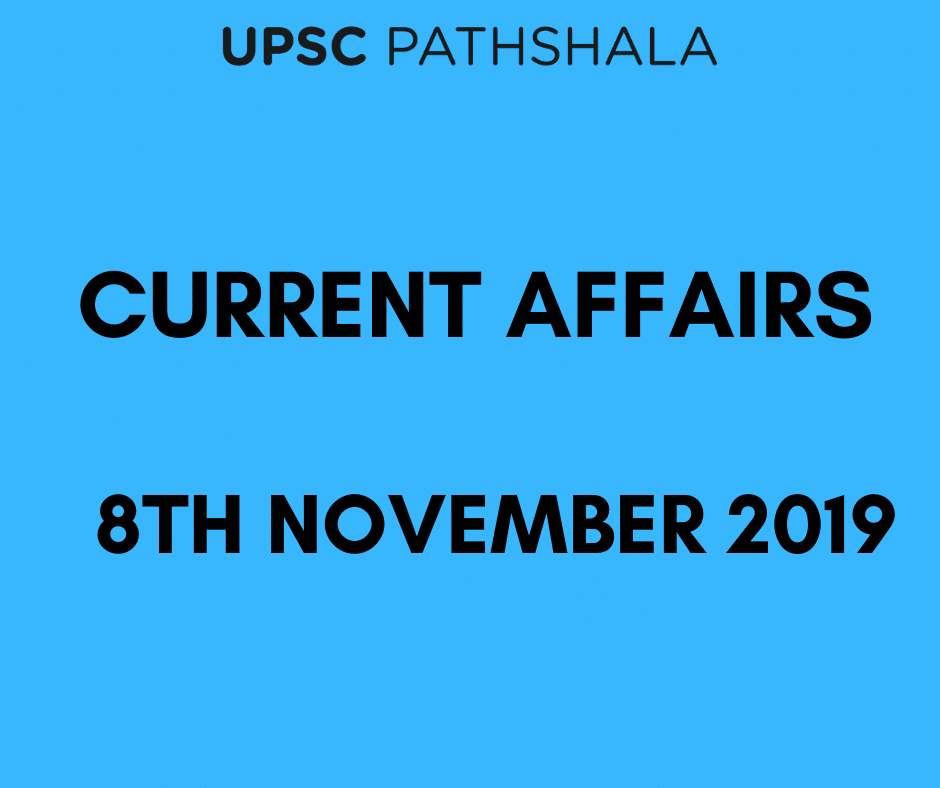 According to the reports from the Indian Meteorological Department (IMD), cyclonic storm Bulbul over the east-central Bay of Bengal may skip the Odisha coast, but the State government has taken no risk and sent the relief team to the coastal districts as there can be heavy rainfall due to the storm.

The districts- Jagatsinghpur, Balasore and Puri announced the closure of schools along with other 6 districts.

The IMD has issued an orange alert (cyclone warning) to the coastal districts of West Bengal and Odisha over the cyclone Bulbul.

The severe depression over the east-central and southeast Bay of Bengal and North Andaman Sea has resulted in a severe cyclonic storm forecasted to bring rainfall in many coastal districts.

It has been named by Pakistan.

Cyclone is the formation of a very low-pressure system with very high-speed winds revolving around it. Factors like wind speed, wind direction, temperature and humidity contribute to the development of cyclones. The most active North Indian Ocean cyclone seasons on record is in 2019.  They are mostly not bound, but cyclones tend to form between April and December, with two peaks in activity in May and November. The season featured 7 cyclonic storms, with 6 of them with record-breaking intensification to severe cyclonic storms. One of the most powerful this season was ‘Kyarr’.

Kerala on its way to achieve 100% Internet penetration

According to the statement by the Kerala government, the Kerala Fibre Optic Network Project pegged at 1548 crore, would provide internet connections to every household in the State; for the BPL households, it would be given for free.

According to the recent news, the Home Ministry’s move to merge the Assam Rifles with the ITBP has caused clamour from the Army. MHA wants to merge the operation and the administrative control under itself, from the current operational control of the Army.

Assam Rifles, also called as the Sentinels of North East is the oldest paramilitary force of India, was formed as Cachar Levy in 1835 to assist the British in maintaining peace in northeast region, with just 750 men at the time of its inception and proved its valor and efficiency. However, the troop required expansion. The unit was converted into the Assam Military Police Battalion with two Additional battalions in 1870- they were- Lushai Hills battalion and Lakhimpur Battalion and Naga Hills Battalion. Later, Darrang Battalion was also added. Together, all these battalions were renamed as Assam Rifles (but were police battalions with the Rifles tag) and fought in Europe and West Asia during the war by assisting the British.

2001 hailing by a group of Ministers- “One Nation, One Force” must now rightfully be adhered to.  The Ministry of Home Affairs has announced that, the current scenario of the Assam Rifles, a  Central Paramilitary Force is under administrative control of the MHA and the operational control of the Army, i.e Ministry of Defence will be redone, and both the administrative and the operational power and jurisdictions shall be vested under the MHA to maximize co-ordination.

The Centre’s decision to merge the 55,000 strong Assam Rifles with the Indo-Tibetan Border Police (ITBP) must be a welcome step in unifying the country.

What is the Army’s standpoint?

What is the issue?

According to the petition/plea, it seeks a grant of pay, allowances, pension (including arrears) and the ex0servicemen facilities to the Assam Rifles at par with the Indian Army.

Indian Security Forces can be classified onto:

They are the military forces of the Republic of India. The President of India is the Supreme Commander of the Indian Armed Forces. It is under the management of the Ministry of Defence under the Government of India. It consists of three professional uniformed service heads:

The Security Forces that mainly deals with the Internal Threats is the Central Armed Police Force (CAPF). They have the following divisions:

The Paramilitary Forces that we informally talk about has the following heads:

According to the 2015 estimate by Credit Suisse, the Indian Armed Forces are the world’s fifth most powerful military. It has also the fourth largest defence budget in the world.