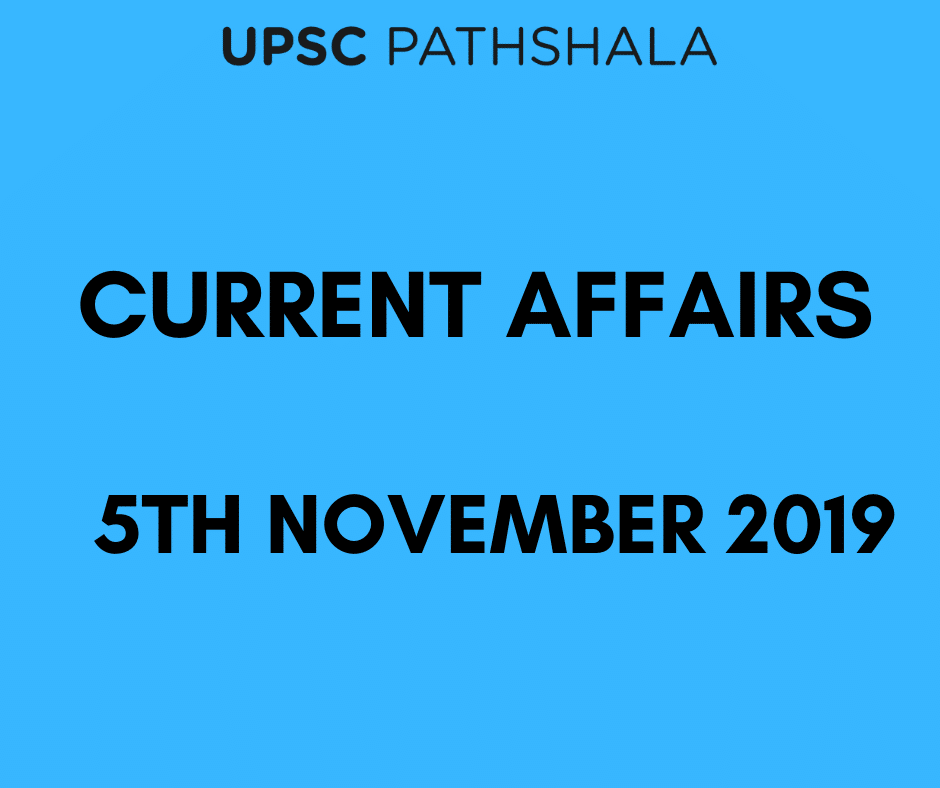 Specimens of the Brown Blotched Bengal Tree Frog were found in residential areas. Surprisingly, this species was not found in the deep jungles.

Characteristics: Series of 6-9 dark-brown patches that laterally extend from behind to the frog’s eye to the vent. Its body color ranges from Yellowish-brown to greenish-brown.

In the RCEP Summit, Bangkok held on November 4, 2019, India pulled out of the Regional Comprehensive Economic Partnership (RCEP) at the last minute on the ground that signing it, would hurt the farmers, MSMEs, workers, consumers and businesses.

RCEP is a comprehensive, high-quality, mutually beneficial free trade agreement (economic partnership) being negotiated between the 10 ASEAN Member States and ASEAN’s free trade agreement partners Australia, China, India, Japan, Korea and New Zealand. This would be the biggest Asia Pacific Trade Pact that would involve the region’s top economies to cover nearly a third of the world’s gross domestic product (without India).

Who signed the pact?

Except India, the 15 other nations- 10 Association of Southeast Asian Nations (ASEAN) nations and its free trade partners- China, Japan, South Korea, Australia and New Zealand are members of what would form a major trading bloc.

Why did India opt out?

What does the author say? (Editorial)

With its opting out of the RCEP, that furnishes  a liberalization framework which when paired with the domestic factor market would have propelled the nation towards its “Make in India” targets in areas that no amount of dabbling with the “Ease of Doing Business” ranking would achieve.

What happens to the bloc?

With trade frictions still dominating the global narrative, Asia needs to look inwards and strengthen regional integration for sustaining and propelling growth. It must be noted that the bloc lost on a vast market in India and the prospective gains also would weaken thereby.

What India plans needs to do now?

RCEP afforded a fleeting opportunity for New Delhi to  perch its feet to the wagon to the global epicenter of ‘open regionalism’ at a time when US-China trade wars, protectionism and populism are casting a foil over India’s economic rise in the global system.

Without an economic integration strategy in Asia, India will have no economic edge in Asia and the sum total of its ‘Act East’ policy will amount to little more than becoming the naval doorman of the Indo-Pacific.  It was a great opportunity to integrate India within the Asian trade regionalism by instituting structural reforms by signing on RCEP.

Hence, India must look into trade, investment and people-to-people relations with this region (RCEP bloc).

India and Russia are expected to conclude a mutual logistics agreement and review the setting up of joint ventures for manufacturing spares for Russian defence platforms in India during the visit of Defence Minister in Moscow.

What is a Logistics agreement?

Logistics agreements are administrative arrangements facilitating access to military facilities for exchange of fuel and provisions on mutual agreement when the Indian military is operating abroad.

What does the ARLS provide?

Joint Statement at the 5th EEF regarding the military co-operation under IGA between the two countries mentioned: