Police administration in India offers enormous career scopes to aspiring candidates. It is one of the most respected professions in the nation. Every year lakhs of students aspire to crack the required exams and join the police force.

In the police service, one is offered with huge respect and other perks while he/ she has to also take a huge responsibility. The profession in the uniform demands huge discipline in the lifestyle and also requires physical fitness.

The provincial governments generally take control of the law and order and police service but the Union Government controls the recruitment of the Indian Police Service posts. Let’s check out all about IPS and SPS.

Indian Police Service or IPS is the most sought after service of the nation. Every year, a huge number of aspirants prepare and try their luck to crack one of the toughest examinations in India to become an IPS officer.

For many aspirants, becoming an IPS officer is not only a career option but also achieving their service to serve the nation.

Candidates who are willing to become an Indian Police Service officer have to appear and get high marks on the civil services exam conducted by the Union Public Services Commission. Officers for services like IPSC, IAS, IRS, IFS etc get selected through this examination.

To appear on the exam, one has to be at least 21 years. For the upper age, there is relaxation for candidates belonging from SC, ST and OBC background.

The civil service examination is conducted in three parts that are Prelims, Mains and the interview. Candidates have to go through a medical test as well as being able to join IPS.

Unlike any other profession, a job in police administration requires some specific physical attributes like a standard height, chest girth etc.

Other Facts to Know

Not all the IPS officers are recruited through the UPSC examination, some also get promoted to this prestigious rank from State Police Services.

Once a candidate gets recruited for the Indian Police Service, he/ she has to go through a training session. This training is conducted at the Sardar Vallabh Bhai Patel National Academy in Hyderabad.

The selected candidate has to give his/ her preference for the zones from the total five zones of cadres. In 2017 August, the Union Government divided the pre-existing 26 cadres into 5 new zones.

State Police Service or the SPS is the state governments controlled police service. The states and the union territories of India control this police service. After the completion of the probationary periods, candidates cracking the SPS exam, get posted as Assistant Commissioner of Police or Deputy Superintendent Police. After providing satisfactory service in the state police service, one can get nominated for the IPS job role.

The recruitment for this post is usually performed through the State Public Service Commission, in the states of India other than the Union Territories.

The eligibility and the recruitment process varies depending on the various designations under the police administration. Candidates aiming at the state police service, have to crack the recruitment exam conducted by the Staff Selection Commission authority.

The recruitment for the SSP is done by the Union Public Service Commission via the Civil Services Exam in the Union Territories that is Delhi, Andaman and Nicobar Islands, Lakshadweep, Dadra and Nagar Haveli and Daman and Diu.

The minimum service duration required for the promotions or for the nomination to IPS depends on the state. This time period and criteria can differ as per different states but it is usually from 8 to 15 years.

There is a provision for time-bound promotion and higher scale. Once an officer gets nominated to the IPS, the Indian Police Service controls the matter regarding the promotion and scale of the officer.

Other Facts to Know

To be eligible to appear in the combined competitive examination conducted by the Staff Selection Authority, a candidate has to be at least a graduate of at least 21 years old.

The pattern and the syllabi of the UPSC exam is mostly followed by the Staff Selection Commission for the recruitment of SSP. The vacancies differ each year depending upon the yearly changing requirement of the state.

Also Read: IAS/ IPS Exam: Which One Should an Aspirant Choose? IAS vs IPS Who is More Powerful?

Ranks of a State Police Officer

After being chosen based upon the marks scored on the competitive examination, a candidate has to go through rigorous training at the probationary period and only after that he/ she gets the post of Deputy Superintendent of Police or Assistant Commissioner of Police.

Hopefully, this article on the information about Indian Police Service and the State Police Service will be helpful enough for you to understand the basic things about these profiles.

Both of these roles hold a very prestigious rank in the nation and have to take a lot of responsibilities. Candidates who are dedicated to becoming an IPS or SPS officer must start preparing for the required examination devotedly from an early stage. Along with preparing for the exam, one must take good care of their health as well because this also plays a huge role in the final recruitment.

So how are you preparing for the examinations? Do let us know by commenting in the box below.

Also Read: How to Read The Newspaper for UPSC? Which Newspaper is Best for UPSC? 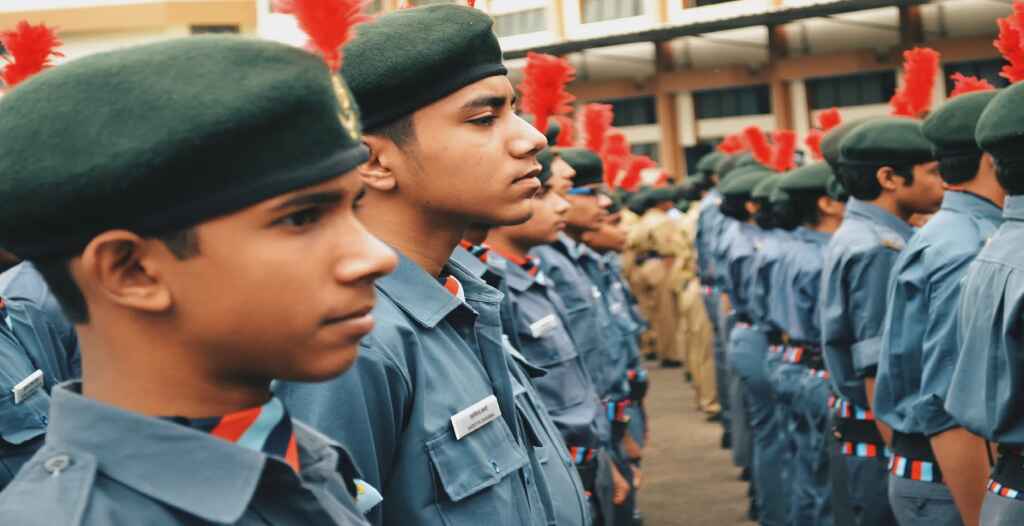 Article Name
IPS and SPS: Here's Everything You Need to Know
Description
The police service is brimming with difficulties but gains huge respect from the people of the nation. Here is all you need to know about IPS and SPS, the two respective positions in the police service sector.
Author
Shilpa Dutta
Publisher Name
UPSC PATHSHALA
Publisher Logo

Why India should be a Permanent Member of UNSC? Current Affairs Booster