If you are planning to clear the UPSC examination, it is important for you to augment your general knowledge about India and the world outside it. You should be aware of all the components of the population, what are its types, and what is their significance. Not only for UPSC examination, but it is also crucial to know about tribes, for your own awareness about the type of community India has.

A tribe is one such part of our nation which is 8% of the total Indian Population. Tribes of India are an important part of the population that cannot be neglected, thus there are reservations of tribes in various positions that the Indian government provides. Tribes represent an integrated Indian society with the clutter of the culture of our civilization.

If you are looking for an answer to who tribes actually are, then here it is. A tribe is a word taken from the Latin word “Tribus” which means” One-third”. Originally the word was referred to one of the three territorial groups which came together to make one unit ‘Rome’. India is considered the melting pot of races and tribes. India has the second-largest tribal population within the world, Africa remains the first in terms of having a large number of tribal populations. They are not like common people who aspire and desire to become officers and want to have luxurious lives, instead, they are very different from common people, as they are simple people who value and live on the basis of their traditions, practices, and rituals. They prefer living a geographically isolated life, and they believe not to be part of the rest of the world.

Talking about the aboriginal tribes, they have lived in forests and hilly regions for 1000 years with no communication with the other civilizations.

There are salient features of tribes that make them different from the rest of the population. These features are:-

On the basis of Few Characteristics

Types of Tribes in India

As there are one or two people that do not follow whatever their community says. They follow their own path of discovery and also have aspirations. In such a scenario many tribal people came out of their community to achieve what they aspire for. But when they do come out of their community, they face struggle and many more hardships than normal Indian citizens. Following this, tribals in India were given the name of Scheduled Tribes of India or ST under article 360. If you have a question in mind about “How many Tribes in India?”, Then you must know that there are around 500 different tribes in different states of India. We will take you through a few types of tribes that we have in India.

These tribes are found in the Aravali ranges of Sirohi in Udaipur and few areas of Dungarpur and Banswara district of Rajasthan. If you have seen all of the Rajasthan with large beautiful forts, royal lifestyle, and luxury desire, then you will see the lifestyle of bhil tribes in total contrast to the whole Rajasthan. The Settlement of this tribe is also found in the parts of Madhya Pradesh, Tripura, Maharashtra, and Gujarat. If you are invited to the tribe then you will see the cultural activities of the tribes like a dance:- Ghoomar dance and Than gair which is a dance and drama. Bhil language in Indo-Aryan language which is considered to be one of the most interesting exploration to experience

These tribes include the Jangil, Onge, Jarawa, and Sentinelese who are believed to be the first inhabitants of the islands. It is on the verge of extinction and they take the help of Indian organisations. They are mostly seen in Strait Island and other parts of Rutland Island.

This tribe is recognized for the valour. They are found in Central India in the Chhindwara which is a district of Madhya Pradesh. You can also find them in the Castar district of Chhattisgarh, Orissa, Andhra Pradesh, and some parts of Maharashtra.  Gond people can speak Telugu, Hindi, Marathi, and Parsi, along with Dravidian language and more. The house that they live in is made of mud walls and has a thatched roof house. Their men wear dhoti and women wear a sari and other accessories. Their famous festivals that are good to be experienced are Keslapur Jathra and Madai.

This is a major tribe of West Bengal but also has a presence in other states as well: Bihar, Jharkhand, Assam, and Odisha. They largely depend on agriculture and livestock. They have cultural festivals like- Baba Bonga, Sahrai, Ero Which are often loves by travellers.

This tribe is filled with lots of joy and cultural festivity. This tribe is filled with lots of music and instrument playing like drums, guitars, wooden pipes, flutes, and metal cymbals. This tribe is mostly found in the Khasi Hills of Meghalaya but is also found in the parts of Assam, Manipur, Arunachal Pradesh, and West Bengal. They follow the Austro- Asiatic Language and the dress which women wear is Jainsem and Jymphong is worn by men. They organize a five-day-long feast for the travellers that come to visit the Khasi tribe

They are known for their vivid lifestyle, they are generally spotted in the hills of Meghalaya and other parts as well like Nagaland, Assam, and West Bengal. They have some beautiful architecture like Nokmong, Jamsireng, Nokpante, and Janadaal, which are captured through the lens of travellers and their memory.

The Angami Nagas tribe can be found in the Northeast region of India. The Angami Nagas are tribes found in the district of Kohima, Region of Nagaland. Its major attraction is an intricate and beautiful artwork and woodcraft. They are widely known as the producer of cane furniture, beds, shawls, bamboo work, and powerful machetes. They use languages such as Gnamei, Tsoghami, Monr, and Ngami.

They are largely found in the region of Chota Nagpur Plateau and dense regions of Jharkhand. They are also settled in West Bengal, Chhattisgarh, Odisha, and Bihar. Their Language is known as Kili. And Their festivals are Phagu, Sarhul, Mage, and Karam.

To clear the UPSC exam you have to acquaint yourself with all the aspects of India and also international, that is why it is said that general knowledge is really important for UPSC aspirants. In this article you will get to know all about tribes, what are tribes, How many tribes are there in India, and which are the major tribes in India. 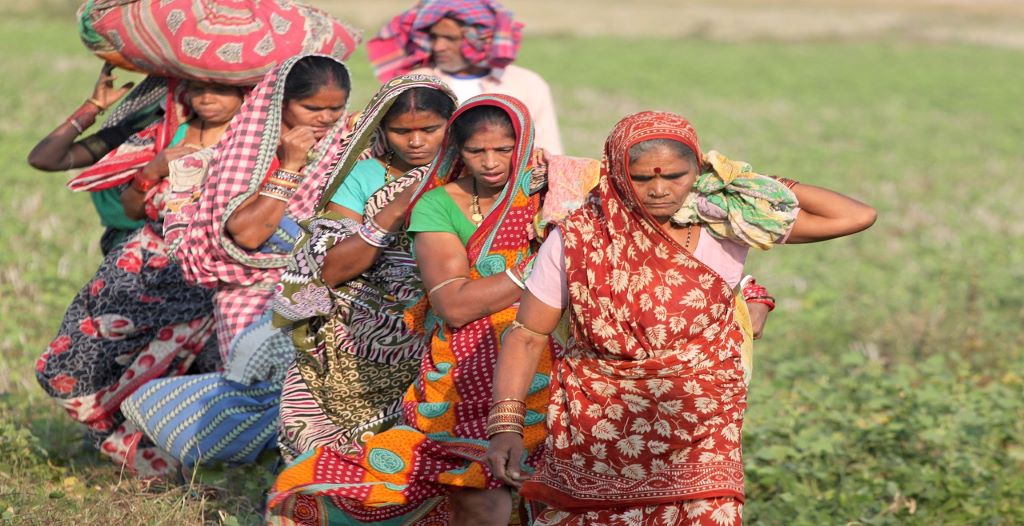 Article Name
Types of Tribe in India: Here’re the Things to Know about the Major Tribes in India
Description
If you are a UPSC aspirant that knowing about “Types of Tribes in India” is important to know for your knowledge. This article will provide you with all the knowledge required about Tribes.
Publisher Name
UPSC Pathshala
Publisher Logo

How does the Reservation System Work in UPSC? Read All about the UPSC Reservation Criteria

Can I Give the UPSC Exam in the Last Year or before Graduation? Which Graduation is Best for UPSC?