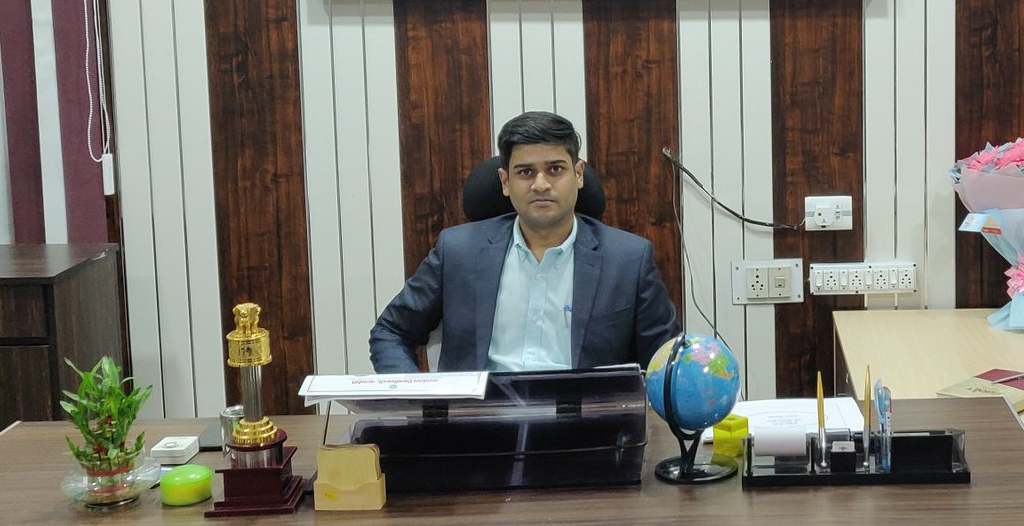 Who is Anand Vardhan Singh? How did He Achieve His Feat of becoming an IAS Officer?

Who is Anand Vardhan Singh? How did He Achieve His Feat of becoming an IAS Officer?

Anand Vardhan IAS, a common man from a small middle-class family who created wonders, is a story from failure to success made up of perseverance and belief that inspires each and every UPSC student. Starting off with Who is Anand Vardhan Singh?

Anand was born in a small house in Siwan, a small area in Bihar. His parents, Vishnu Dayal who is a warrant officer at Air-Force, and mother Krishna who is a housewife were not well educated but always supported his studies and taught him to be disciplined and hard-working and self-confident.

A sincere student from his school days, Anand decided to pursue engineering and thus shifted to Delhi for further studies. He completed his bachelor’s degree in Mechanical engineering from the Delhi College of Engineering, Delhi University. During his last year of college, he decided to prepare for CCE. So after his engineering, he joined a multinational company in Gurugram and simultaneously studied for his civil services examinations.

The Struggle with UPSC-CSE

It was in his 4th attempt that Anand cracked the UPSC examination and was the 7th rank holder all over India. This UPSC rank didn’t come handy to Anand; he has struggled a lot for it, which is an untold story. In all the previous three attempts, Anand cleared the prelims but couldn’t make it through the mains.

Studying for one of the toughest competitive exams while doing a job in itself is a major challenge. But Anand managed to do it and how.

When asked about the failures and patience, he always said that this was a whole journey, and he never viewed it as four different attempts.

In fact, the attempts made him a complete person is what Anand has to say. He never gave up on his dreams in spite of so many difficulties and setbacks, including the not so well off conditions of his family.

Anand believes that every plan is unique and needs a different type of preparation. You have to make your strategy and follow it to accomplish your dreams. There are many lessons one can take from his journey itself, but along with those Anand, himself gave few keys to success and strategy that helped him reach his destination.

The first central key point he puts emphasizes on is the prelims. He believes it to be the most crucial stage of the exam as the margin here is very narrow and even the silliest of mistakes can cause you a heavy loss, the majority of the aspirants fail at this stage itself and experience a big dent on their confidence.

According to Anand, everything under the sun can be asked in this exam! And he never attempted all the questions. He said that 20-25 questions in the paper are too tricky, and thus he avoided those to avoid negative marking. However, this is only his way according to his planning.

Do not just attempt the mock tests but study them and analyze them. Anand says this is a war and it’s all about strategy. Identify the subjects where you score less, work on them. Work for accuracy.

He Also Gives the Elements of Strategy to His Success:

Your efforts should have both quantity and quality. If you are stuck with some topic, seek help, find solutions but don’t ever give up.

You have to be smart to cover the entire syllabus wisely. Break your syllabus in parts and subtopics.

Always believe in yourself. Anand lost his chance thrice before reaching where he is today. He never stopped believing in himself and kept trying.

Anand has always made a habit of learning from his past failures and mistakes which help us grow. Only then we know where to work and where to improve.

Having said and laid these frameworks, Anand always says that these are the essential elements and one needs to find his/her strategy and working pattern to suit them-selves the best. All the steps and plans, age with time and needs adaptation.

In the end, the result is what matters, and the story of Anand Vardhan has a significant impact as he took a flight with flying colours and reached his goals. Anand was appointed as the Assistant Magistrate of Chandauli in 2018. Then he became the Joint Magistrate of Barabanki in 2019 and recently is in Moradabad as Chief Development Officer serving the society and living his dream.

Anand’s story was worth coming across and would surely help the budding UPSC aspirants to path their own success. Stay tuned with our brief biographies on UPSC champions to come across more experiences like these.

IAS Sachin Gupta Biography: How a Small-Town Boy Became a Rank-Holder in UPSC!