International Relations (IR) is one of those topics under UPSC General Studies Paper 2 that is both highly dynamic and challenging to study at the same time.

Syllabus for International Relations of India for UPSC

India and its neighbourhood- relations

To make the most of your preparation, make it a point to understand your syllabus well. Besides a strong foundational knowledge, you must read the newspaper daily, especially the columns related to foreign policies and India’s Relations with other nations.

Every year, there are questions asked for around 100 marks from this section. Taking this topic lightly should not even be a thought for you.

Let’s first explore some general tips on how to tackle this crucial subject for your examination: –

It is best to keep your syllabus in mind during the preparations. Sticking to the syllabus will give you an idea of how to form the outline of the topics to cover.

Before getting started with your study, you must pick up the previous years’ question papers. This will help you gain insight into the quality and nature of the questions asked. It is important to understand the style of questions asked as now, you will know how to infer bookish knowledge and break it down conceptually/ diagnostically on paper.

Pick Up the Newspaper Daily

It is a great idea to hit up the internet to gather crucial current affairs and opinions on this topic. But, give this secondary importance above others.

Like any other subject, for this one too, note making is unavoidable. The right way to make notes for international relations is by making country-specific notes.

Now, from the perspective of your preparation, you should know all the details of international exchange between India and South Korea till date.

Let us now take on the preparation process based on the three major areas you must concentrate on: –

What to Study Under the Foundations of IR?

You must know the evolution of India’s foreign policy

You must be aware of all the big changes in the international arena over the past few years. Clearly define India’s role and response to it.

You must highlight the role of India in all the major international organizations.

What to Study for India’s International Relations Based on Location?

You must study India and its relations with its neighbours. These include the countries of Bangladesh, Pakistan, Bhutan, Afghanistan, Myanmar, China, Sri Lanka, and Nepal

Make it a point to study the relationship between India and other international regions like Central Asia, The Americas, the Middle East, Africa, Europe, etc.)

It is also important to study India’s relations with the affluent nations of the world, like Germany, Japan, the USA, etc.

You must also read up on India and the 5 UNSC members i.e., USA, China, France, Russia and UK.

What to Study In Bilateral Relations and Foreign Policy?

Make it a point to study in-depth about bilateral relations between India and the following:

While studying India’s foreign policy, study it from the perspective of the following stages:

The cold war and non-alignment time

Wars between China and Pakistan

Fall of the USSR

Also Read: How to Prepare for International Relations for UPSC? Here’s All You Need to Do

How to Study International Affairs for UPSC?

International affairs are as important as international relations for your UPSC mains GS 2 paper.

The major difference lies in the kind of questions that will be asked under international affairs.

Unlike international relations, where questions are framed around India and its ties with other nations, here, you will be asked about the relationship existing between other countries.

For example, you might be asked about the current state of affairs between the USA and China.

The Right Approach to Study

While the foundational preparation tips remain the same for both, for International Affairs, you must concentrate on the following topics:

Topics to International Affairs with Notes

Global stock markets have fallen in anticipation of a full-fledged trade war between the United States and China.

On the other hand, the trade war may have a negative impact on China. If President Trump’s upcoming trade actions, as well as any copycat barriers elsewhere, hurt China’s exports, domestic consumption does not appear to be strong enough to sustain growth.

North Korea’s lifeline, hina, has made no concerted efforts to resolve the problem. As a result, the US president began a blame game, making gaining China’s support even more difficult.

The territorial dispute between North and South Korea has devolved into a standoff between the United States and North Korea. North Korea’s ICBM launch on July 4, 2017, exemplifies this point. It reduces the chances of a local solution, and if not addressed in a timely manner, it could escalate into a full-fledged nuclear war.

Only when the bordering countries shift their mindsets from one of sovereignty and sole ownership of resources to one of functional cooperation and cooperative management will the South China Sea situation be resolved. India’s growing regional clout as a result of increased economic cooperation will go a long way toward resolving the disputes.

Also Read: UN International Seabed Authority: Everything You Must Know for the Preparation of UPSC Exam

An intelligence agency is a government organisation tasked with gathering, analysing, and exploiting information in support of military, law enforcement, national security, and foreign policy goals.

They collect information in a category of ways, including cryptanalysis, espionage, communication interception, collaboration with other institutions, and source evaluation (public). Intelligence analysis is the process of using collected information about an enemy to answer tactical questions about ongoing operations or predict future behaviour.

Because once the federal government starts tapering, banks will have less free money to lend. There is a chance that loans will become more expensive and that inflation will rise. This may have an impact on FII and FDI inflows into India. As a result, the terror.

India is one of the markets that may be impacted, at least in the short term, as capital flows return to the United States as the economy recovers. Outflows could exacerbate the rupee’s depreciation. Portfolio flows are an important tool for India’s current account deficit financing.

In some ways, the West’s narrow foreign policy has destabilised West Asia and the Middle East, and they can no longer turn their backs on the refugee crisis.

#Europe should include the United States, which has remained largely silent on the issue thus far.

#The Gulf Cooperation Council (GCC) countries should do more to help refugees. #Saudi Arabia is making a blunder by attacking and bombing Yemen right now, which will only result in more refugees.

#If Europe pushes the refugees back, the situation will become even more dangerous. Because they will have no other options for survival, such stupidity will increase the likelihood of refugees joining ISIS.

#Turkey should stop keeping Kurds in the dark and engage them more in finding a solution and defeating ISIS.

#The Assad regime needs to be held more accountable.

#Include Russia and plan a full-scale assault on ISIS.

#Put an end to poverty in all of its forms around the world.

#Ending hunger, achieving food security and improved nutrition, and promoting sustainable agriculture are all goals that must be met.

#Ensure that all people of all ages live healthy lives and are well-adjusted.

#Ensure that all students receive a high-quality education that is inclusive and equitable, and that lifelong learning opportunities are available to all.

#Ensure that all women and girls are empowered by achieving gender equality.

#Encourage long-term, inclusive, and sustainable economic growth, as well as full and productive employment and decent work for all people.

The Panama Papers have civil society and piqued governments’ interest all over the world. While some have used the opportunity to paint capitalism as a concept that promotes criminals, the debate over returning the illegal funds has gained traction.

The data is also a breath of fresh air for India’s government, which had been reeling from a lack of information about black money stashed abroad. By forming an inter-departmental investigation team to investigate the veracity of the leaked documents, the government has done the right thing. It will also be interesting to see if the current government has the courage to take action against India’s Who’s Who.

#The Paris Agreement is a part of the UN Framework Convention on Climate Change (UNFCCC) (UNFCCC).

#Paris is only the start of a transition to a low-carbon world, and there is much more work to be done.

Hopefully, this article will give you a clear idea of the strategy you should follow to study International Relations and Affair of India for UPSC. For more informative posts that will help you boost up your preparation, keep your eyes here on this page. You can also share your thoughts on the topics you would want us to cover. To comment, write your text in the below box.

Also Read: International Relations Books for UPSC: Books That Will Help You Prepare for UPSC 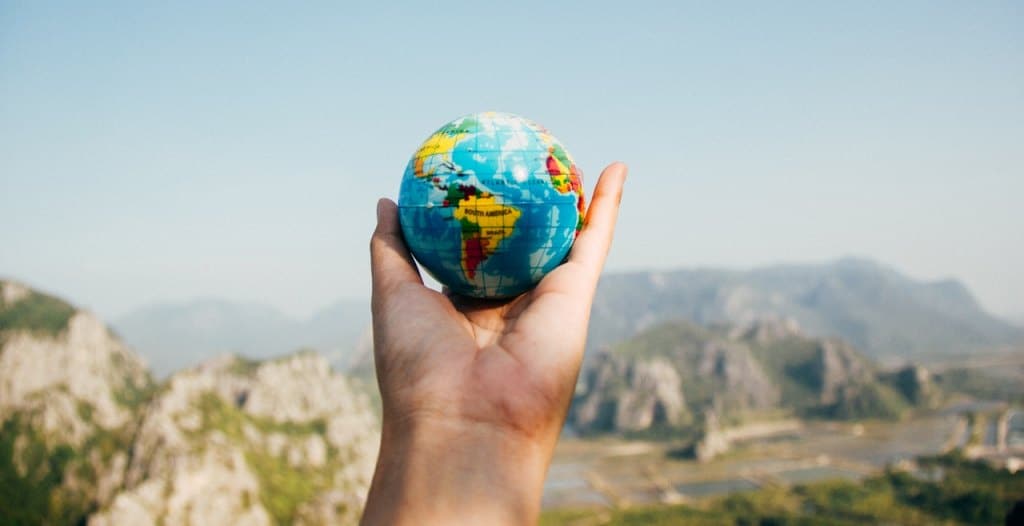 Article Name
International Relations and Affair of India for UPSC: Notes and Strategy to Ace IAS Exam
Description
International relations and affairs for India are divided into three segments and these three are divided according to the relations between India and other countries. Click here to know the strategy.
Author
Shilpa Dutta
Publisher Name
UPSC Pathshala
Publisher Logo 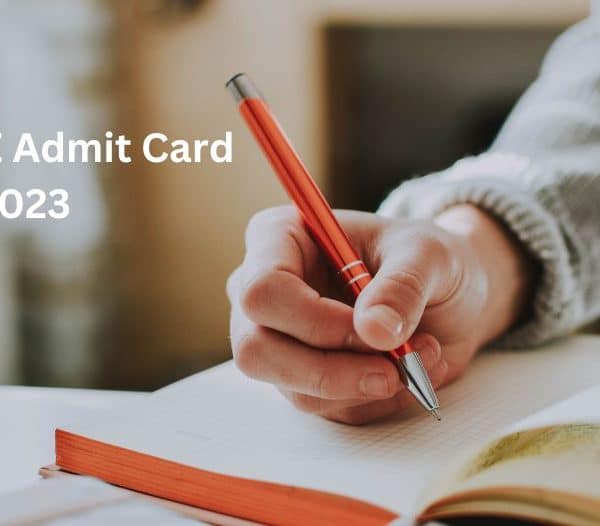 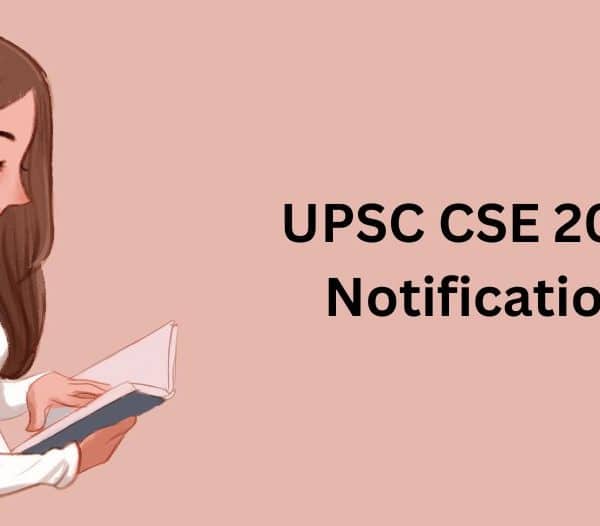 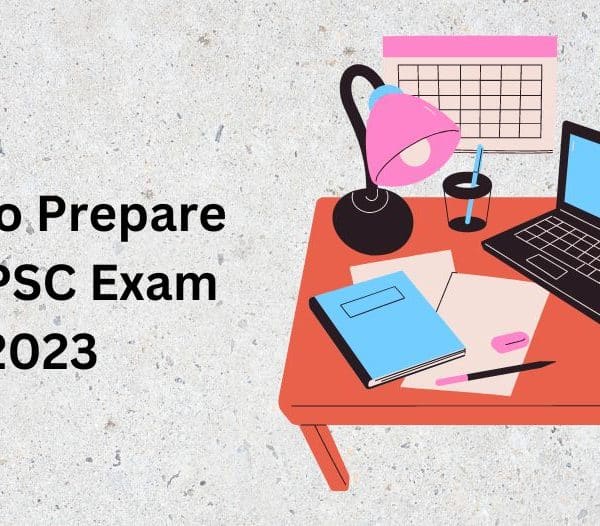 Watching Videos Vs Reading Books: Which is Better for UPSC Preparations?