The Union Public Service Commission conducts a countrywide competitive examination in India for recruitment to several Civil Services of the Government of India, including the Indian Administrative Service, Indian Foreign Service, and Indian Police Service.

IAS Amar Kushwaha hails from the backward area of Siddharthnagar, Uttar Pradesh. The distance from the nearest district headquarter was almost 40 kilometres from his hometown.

Like every diligent student from a middle-class background, he looked to provide a comfortable life to his family. Kushwaha drew inspiration to pursue this examination owing to his own humble background. He didn’t require any outward source of inspiration to motivate him to take this exam.

We hope that Amar Kushwaha Wiki has inspired you to work hard for your goals.

IAS Amar Kushwaha started preparing for the examination right after he finished his graduation. In the initial few years, he analysed his strengths and weaknesses. Initially, he struggled a lot with time management as he would often take hours to complete The Hindu newspaper. It was with practice and determination that he was able to work upon his weakness.

Belonging to a small town, he was not blessed with many resources. His initial days were full of struggle. Back in the year 2010, the introduction of smartphones was a new concept. Not many had the opportunity to purchase one. Eventually, he learnt to utilise smartphones in an effective manner and utilised them for his studies.

Optional Subject holds great importance in the UPSC exam.Out of 9 papers in the Mains exam, Paper VI and Paper VII comprise the Optional subject papers. The marks of the optional subject determine the UPSC rank in the final merit list. The rank obtained in the UPSC exam determines what service and cadre one is allocated to. For example, higher the rank in the exam, better are the chances to get the allocation of your choice.

Another important aspect to ace the UPSC exam is to prepare a good strategy. A perfect strategy can help any aspirant to achieve the desired marks in the exam.

IAS Kushwaha reminisces about the excellent experience he achieved during his interview. During his 3rd attempt, he was interviewed by the P.K Mishra board. Initially, he was nervous about the whole process. In an interview with a Youtube channel, Kushwaha recalled how he was made to sit outside the boardroom where he was anxiously waiting to be called in next! According to him the true test of a candidate is when he is able to maintain composure even during trying times. This interview could decide the direction of his future. The interview was conducted for around 45 minutes. He had expected the board room to be rectangular in shape. However, when he entered the board room he found out that it was circular in shape! This meant that he was surrounded by eminent personalities on all sides and his expressions were vulnerable.

Kushwaha recalled that the results were declared on the 4th of May 2012. It was an anxious day for him. He could not believe that he had qualified when he was congratulated on his success by a fellow aspirant. Kushwaha recalls that the whole experience rendered him speechless. Since he did not have access to a computer, he recalled distinctly borrowing one from the neighbour in order to check his results.

After the initial months of training, the probationers were sent for Bharat Darshan in groups of 18 candidates. This was a comprehensive study tour undertaken at different departments to gain a better insight into what was expected from bureaucrats.

Details about His Posting

After completing his training period, Kushwaha was recruited to work in Thiruvallur district Chennai. Following this, he received his first posting as Sub Collector in the Sivakasi district. He was posted as Additional Director of Rural Development and Panchayat Raj and has been recently transferred. His current posting is as Collector to Tirupathur district, Tamil Nadu.

His current posting place Tirupattur is the district headquarters of Tirupathur in southern India, and it is one of the oldest inhabited sites in the state of Tamil Nadu, dating back over 1,600 years. The neighbouring hills are noted for their abundance of sandalwood.

Tirupathur is a Tamil word that means “a collection of 10 villages or small towns.” Tirupathur is a Taluk that is bordered by numerous villages, including Aathiyur and Kodiyur. It is home to several ancient Vishnu and Shiva temples, as well as water reservoirs erected during the Hoysala Dynasty.

Challenges as an IAS

IAS Amar Khushwaha recalls that every day at work was quite challenging. He showed his mettle and grit by handling perilous situations at his previous posting place. Since Sivakasi was the hub of the match matching and cracker industry, incidents of accidents were very common. Kushwaha had his hands-on experience within a few days of his posting when a blast happened at a cracker factory. He recalled the experience of death and disaster as quite gruesome. In the next few days, he was also faced with several suicide cases. Initially, it was very difficult for him to bear these intense experiences. He mentions that earning the trust of the locals lay completely in the efficiency of his work. His experience highlights that an IAS officer should always be prepared to handle a variety of situations at the place of posting.

We know from Amar Kushwaha biography that he is also a novelist and poet. His works can be accessed from his personal blog. Recently he also published a novel titled ‘Pighalti Dhoop mein Saya’ which has been published by Rajkamal Publications. He is working diligently on his next literary projects.

We hope that this Amar Khushwaha biography has enlightened you with the motivation you require to pursue a career as a bureaucrat.  Today several online platforms are available that can guide you in your preparation. Toppers’ have frequently suggested starting your preparation early as the syllabus is vast and requires a 360 degree of depth understanding. Before you start your preparation make sure you know the syllabus thoroughly.

Most of the aspirants are often scared as they know that the pass percentage in the IAS exam is only about 0.2% – a very minute number indeed. But don’t worry! Since the UPSC examination is a tough exam and requires hard work and consistency, we suggest you avail the mentorship of our professionals to assist you with your preparation. 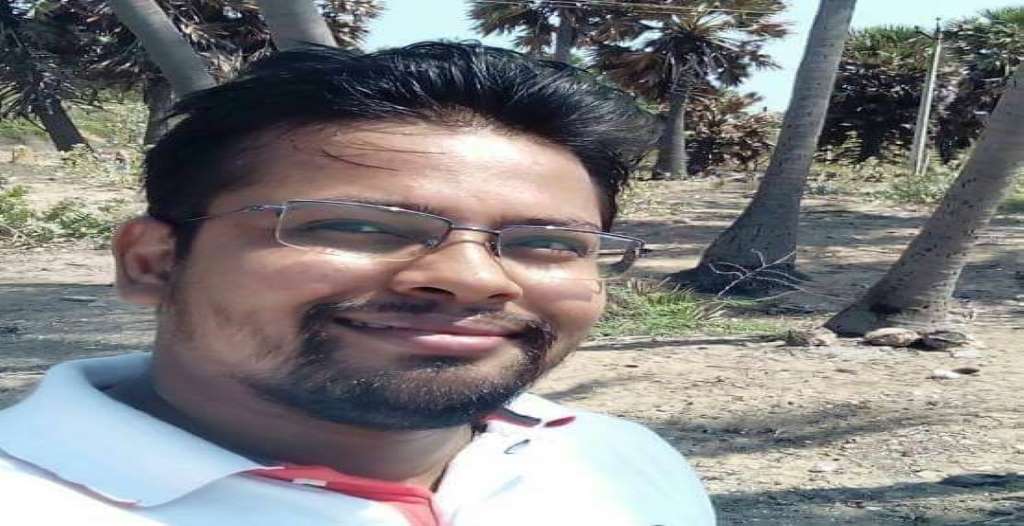 Article Name
IAS Amar Kushwaha Wiki: An Inspiring Biography to Learn From
Description
UPSC is one of the most prestigious examinations. IAS Amar Kushwaha cleared the UPSC exam in his 3rd attempt in the year 2012. Click to know about his biography, strategy, current posting and many more.
Author
Shilpa Dutta
Publisher Name
UPSC Pathshala
Publisher Logo

Fortaleza Declaration: Here’re the Important Facts to know about the Trending Topic for UPSC

IAS Lokesh Jangid Wiki: Here is the Fearless Story of the IAS that You Must Know