Athar Aamir Khan was able to secure AIR 2 in UPSC Civil Services Exam, 2015 in his second attempt. Wondering how was he able to pull off such a thing. In this article, we will discuss about Athar Aamir Khan IAS biography. Read the article till the end to know Athar Aamir Khan’s posting and more.

Aamir was born and raised in Jammu and Kashmir. He was good at studying from his childhood. Despite the notorious activities of the locality that were occurring on the consistent basics he never lost his focus from academics. In 2007 Aamir participated in the National Student Science Congress for which he was awarded the “Best Young Scientist Award.”

After schooling, he cracked almost every engineering entrance exam and got admission to the Indian Institute of Technology (IIT), Mandi. He did his B.Tech in Electrical Engineering. During his engineering, Aamir read many books related to Humanities which sparked his interest in Civil Services. The spark became flame when he saw Shah Faesal who secured AIR 1 in the year 2009.

2015 was his second attempt at the UPSC examination. In 2014, he was able to secure AIR 571. During this first just stuck to the newspaper like The Hind and Indian Express for General Studies. Most aspirants make a separate notebook for notes but he made his notes on sheets of paper. He use to study at weekends and use to spend most of his time reading a newspaper.

With just six months of preparation, he was able to score well in his first attempt but couldn’t manage to do the same thing for his optional subject philosophy. He was selected in the Indian Railway Traffic Services (IRTS).

But Athar Aamir always had only one goal in mind, that was to be an IAS officer. So he decided to again give another try at his dream in 2015.  He sat with the answer sheet, analyzed his mistakes, and started studying accordingly, which we all now know paid off.

He adopted a different strategy in 2015. His tips for every UPSC aspirants are:

Practising previous year question papers is a must. A serious aspirant should practise answer writing from at least the last five years and the maximum last 10 years. Here being punctual with time will play a huge role in determining one’s success, says Aamir.

For subjects like History, Geography he referred to one standard book of each subject to clear the basic concepts. And then he would move on to the other sources to expand his knowledge.  Athar Aamir made notes from all the scores that he referred to. As the exam date came closer he had consolidated notes for a quick revision.

As said earlier he used to make notes on sheets of paper. The reason for doing this was to add more information later. If you write in a notebook then adding information later is difficult and the page gets all messy. One also needs to have a clear understanding of which news is worth noting from the exam point of view.

He insists every aspirant to make a timetable and goals which can be achieved. Follow the timetable you make and don’t just feel good about yourself that you have made one.

Currently, Athar Aamir Khan is posted in Jaipur as a Chief Executive Officer of Zila Parishad Jaipur. He is married to Tina Dabi who was AIR 1 in that same year when Athar Aamir Khan secured AIR 2.

Ever since his posting in Jaipur, he has done a lot of work to stop the practice of child marriage. He studied why was partners supporting child marriage. Athar had organized many awareness campaigns where the local Anganwadi staff, Self-Help Groups, and Gram Vikas committees were imparted extensive training on preventing harmful practice. His current age is 30 years.

For his story, one key point we all should take is that analyzing our mistakes will play a huge role in our life. Sometimes we just see our mistakes and do nothing about it. Working on them is what we all forget most of the time.

Athar Aamir Khan advises everyone not to follow everything he did blindly. One should develop his or her own strategy according to what is best suitable for them. 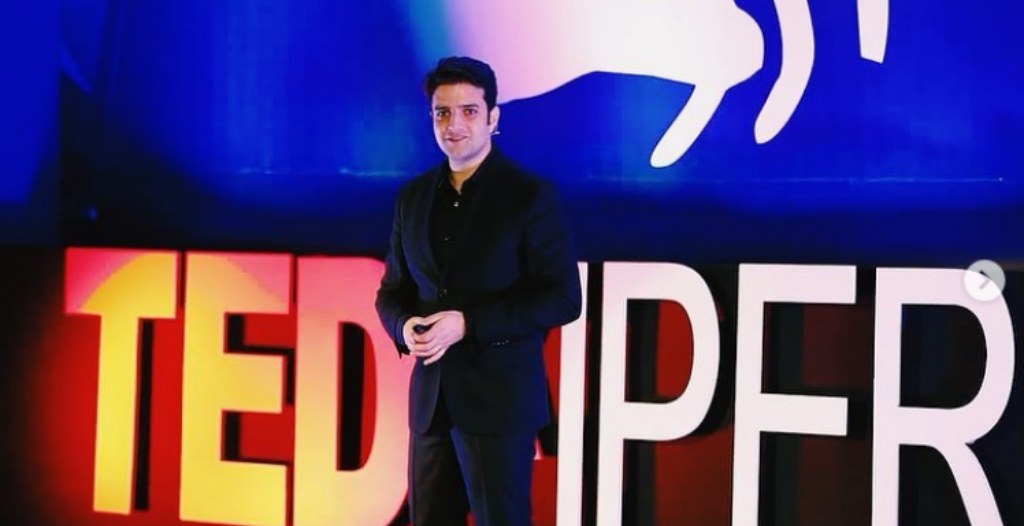