IAS Himanshu started his journey with failure, he had applied for the examination while studying at BITS. But, after a dull night, there was a day, so he didn’t let his confidence dwindle and achieved his father’s dream. In 2012, Himanshu secured 7th AIR and made his family proud.

Let’s read about his motivational journey and what was his strategy for UPSC.

Himanshu Gupta, a Punjab native, had established the state’s first e-library in the Ajmer Municipal Corporation. Gupta is an IAS officer from the 2012 batch.

Himanshu completed his tenth and twelfth grades at Shivalik Doon School and Kundan Vidya Mandir Civil Lines, respectively. He did his B.Tech from BITS Pilani. In 2009, while still in college, he took his first examination, which he failed. In 2010, he relocated to Delhi to complete his preparations.

Himanshu, who secured seventh in the Indian Administrative Service (IAS) in all of India, is overjoyed that he has achieved his father’s dream. According to Ravi Kumar, his father has widened his chest. His father only had two ambitions: to make his daughter a doctor and his son a DC.

Taruna Gupta is a doctor, and her son is training to be an IAS officer. Himanshu has also been promoted to the Indian Forest Service’s third position. Ravi Kumar works for the government as a contractor.

Mamta Rani expressed her joy at her son’s success and stated that it is the result of her beloved’s hard work. She claimed that she had repeatedly chastised his son for watching television. However, the results have been pleasing.

Following the formation of the cabinet, the Barmer state government transferred 68 IAS officers as part of an administrative reshuffle. Shivprasad M Nakate, the Barmer collector, has been transferred to Sriganganagar, while Himanshu Gupta, the Ajmer Municipal Corporation commissioner, has been posted.

This is the 32-year-old Gupta’s first appointment to the position of Collector. He previously worked as Secretary UIT Alwar and Sub Division Officer Dholpur. Since May 2017, he has been the CEO of the Smart City Project for the Commissioner of the Ajmer Municipal Corporation.

In April 2021, Himanshu Gupta, a 2012 batch Indian Administrative Service officer, took over as Bharatpur District Collector. Following his assumption of office, Gupta stated that it is his priority to benefit the district’s residents by connecting them with state government public welfare schemes, as well as to solve the district’s local problems through mutual coordination.

He urged residents of the district to work with the district administration to stop the spread of the Covid-19 virus.

District Collector Himanshu Gupta convened a meeting of administrative and medical officers shortly after taking office to inquire about the situation in the district, as well as the efforts being made to control the Covid-19 epidemic and vaccination.

With the increasing impact of the Covid-19 epidemic in the district, District Collector Gupta directed the medical officers to meet the state government’s targets by increasing the number of vaccination tests.

Making arrangements for Covid-19 testing of samples at the local level, so that timely reports can be received and patient treatment can begin right away.

The faith of his father and friends and above all his inspiration. Friends’ confidence in him gave him confidence, and he was successful as a result.

“There are no shortcuts and one just needs to stay focused. Coaching helps and I took coaching from different institutes for different subjects. Have faith in yourself and in God,” says Himanshu.

– Put in the effort

– Stay true to yourself

– Double-check. Check your answers after.

– Read constantly. Continue to try by remaining relaxed while reading whenever you feel like it.

Making notes, whether online or offline, is a good idea because it aids in quick revisions before the exam. It’s one of the most crucial answers to the question of how to prepare for current affairs. There are two different types of note writing:

Date-based Notes- These are generally useless because it is impossible to sort important information and study from daily notes.

Topic Wise Notes- These are the best because they keep all of the information about a single topic in one place.

It is critical to read a national daily such as The Indian Express or The Hindu and to pay particular attention to news items and editorials that are in some way related to the Indian Constitution or the national and international political systems. It is necessary to keep track of all new bills, acts, policies, and related provisions.

Politeness questions in prelims can be tricky because, at first glance, all options appear to be the same, which can lead to confusion and ambiguity. Regular revisions and MCQ practice can help to reinforce the fundamentals and increase one’s confidence in the subject.

Also Read: How to Study Indian Polity Effectively for the UPSC Exam? Effective Steps to Get Amazing Scores

The UPSC Mains paper is a difficult task in and of itself, and many aspirants fail to complete it due to a lack of time management in the exam hall.

As a result, aspirants should begin answering questions before the exam so that they can practise and plan their time management.

Typically, one must acquire basic knowledge before beginning answer writing practice. The aspirants can then look through UPSC previous year papers to get a sense of the types of questions that will be asked in the Mains Exam.

When things are rushed, they don’t turn out well. As in the case of IAS Himanshu Gupta, who despite the failure did not lose patience and abandoned his ambition to become an IAS officer. Instead, he studied harder than ever before and passed the exam on his second attempt.

Be as committed and hardworking as he is. If you are planning to take the Union Public Service Commission examination, you should act quickly and begin your preparation. Join UPSC Pathshala for more assistance. Take a step, and we’ll take care of the rest.

Also Read: Mithun Premraj Biography: The Journey of a Doctor to a True IAS Hero 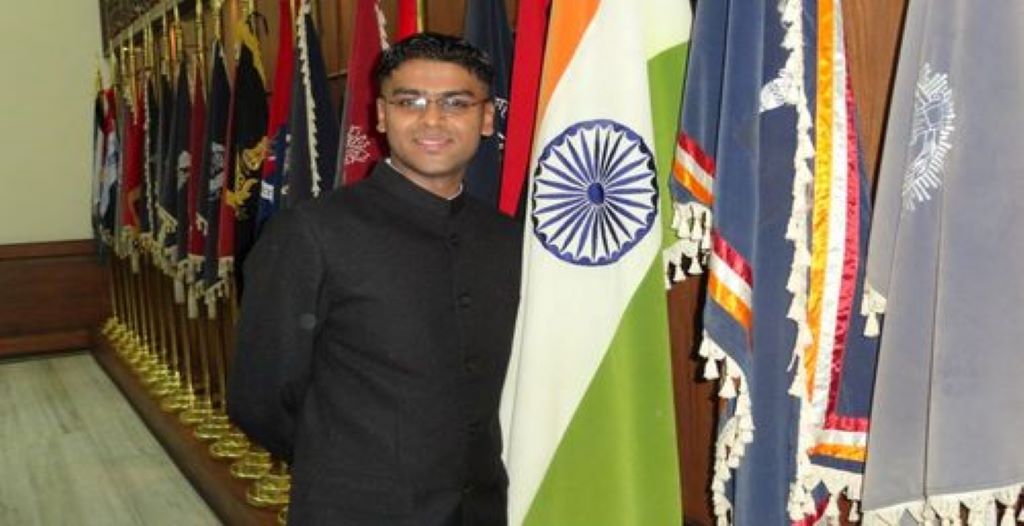