Monika Rani IAS rank 70, cleared the UPSC exams in 2010 on her fourth attempt. At that time her age was 29. Monika Rani became a well-known wiki topic in the UPSC exam scenario due to her extraordinary efforts and determination.

A mother, and a government school teacher, who was also managing her household duties and responsibilities, set an example of sacrifice and labor for all those who aspire to clear the civil services examinations.

Monika’s commendable dedication and patience led her to achieve the dream of making it through the UPSC exams.

It was not an easy journey for Monika, but her relentless efforts and time management abilities drew her closer to her dream. Read along and catch a glimpse of both the efforts put in by Monika Rani for IAS and the obstacles she faced, which were a part of this journey.

Monika Rani had aspired to clear the civil services exam since she was a child, and had been deeply motivated by her brother, whom she had seen spending hours preparing for the same. But with the course of events, Monika got married in 2005, had a child, and also became a teacher in a government school in Bijwasan, Delhi.

She still carried the fortitude within and started preparing for the civil services examination when her child was 8 months old. She would wake up early in the morning and dedicate a couple of hours to studying before getting occupied with household chores. After getting back from school, she spent time taking care of her child and performing other domestic activities. Finally, she would spend a couple of hours in the night studying, when her mother-in-law took care of the child.

The ambition of IAS for Monika Rani Prevailed

Monika Rani did not take any training for preparation, and on top of that, had to single-handedly take care of her child as her husband was posted in Kolkata.

Monika did not get more than 3-4 hours per day to study, but she still stuck to her routine strictly and managed her time in the best possible manner. Just before the commencement of exams, she took a leave from school, and sent her son to her mother’s place, and spent most of her days preparing and studying.

The strive for IAS by Monika Rani was admirable and her biography truly embodies it. Her consistent efforts paid off, she cleared the civil services exam in her fourth attempt, and her marksheet said it all.

Monika, who had graduated in commerce, and completed her Masters in Economics, taught the same subject in school. Her choice of optional subjects for civil services examinations constituted History and Philosophy.

She had taught History as a subject to junior classes, which made her confident about choosing it as an optional subject since her foundation in History was enriched. Also, she read numerous books on philosophy shortly after marriage, which gripped her interest, and became her second subject choice.

Monika was selected for the interview round after clearing the examination stage in 2007, but she could not make it through. This boosted her confidence rather than being a setback, and she engaged herself in further preparation to re-attempt.

She had constant support from her husband and the whole family, which made her competently give time to studying and preparing. Monika’s time management, persistence, and patience showed results and she eventually cracked the exam.

Also read: Best ways to prepare for UPSC: Which one is right for you?

Monika intended to ensure effective implementation of existing policies with discipline, rather than bringing about any change. She aims to improve the quality of education in the country, especially that of girls. She believes that good education makes women self-sustaining and confident, and they make their children dependable citizens, which raises an augmented society.

She was firm in her resolution to be a part of the IAS and left no stone unturned while preparing for the exams. She proved that consistency and discipline are key to the achievement of success.

IAS Monika Rani served as the Special Secretary of Integrated Infrastructural Development Centre (IIDC) until her posting in 2017 as the DM of Farukhabad, Uttar Pradesh.

Monika Rani, rank 70, cleared the civil services examination on the fourth attempt, and was resolute and composed throughout the process. Her sacrifice and time management, and all the grind that she underwent, serve as an exemplification for all those who aspire to clear the civil services examination. Hopefully, the biography of IAS Monika Rani serves as a beacon for them.

So, what are you taking away from this inspirational story and how do you plan on creating a strategy for polishing your UPSC marksheet? Drop a comment below and share your thoughts with us. 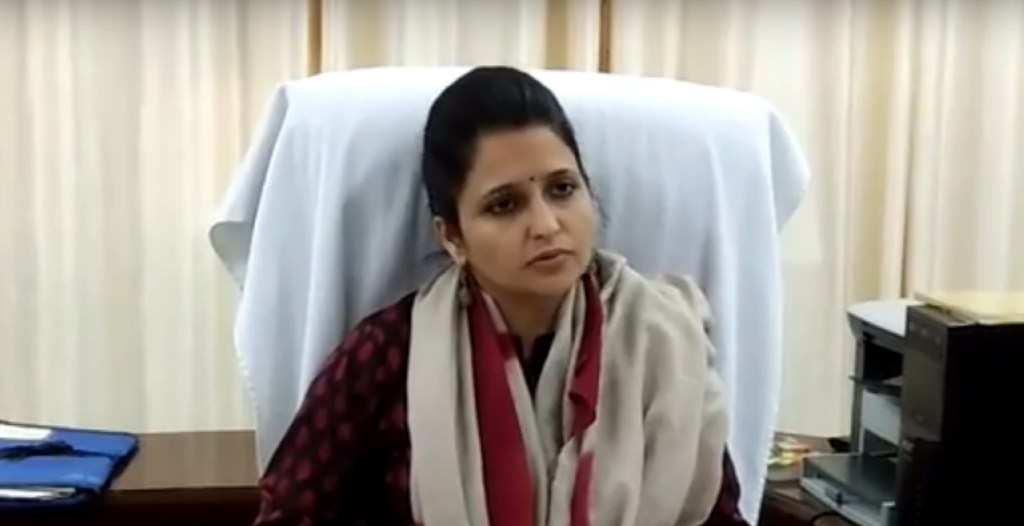 IAS Atul Prakash Biography: The Success Story of an Aspirant Who Never Gave Up