Namrata Jain, the first woman Naxalite to secure AIR 12 in UPSC Civil Services Exam (CSE) 2017. This is a story of a woman who came from a region where a 2G  internet connection was a dream and is notorious for the Naxal violence.

In this article, we will discuss the astonishing Namrata Jain IAS journey including her biography, strategy, UPSC rank, markheet and more.

First Naxalite women IAS, Namrata comes from Dantewada in Chhattisgarh. Dantewada district has the lowest literacy rate in India. Other than Naxal attacks the districts also have a high rate of domestic violence, and unemployment which affects the growth and development of the district. Despite having such problems and limited resources in her area Namrata was able to crack one of the toughest exams in our country.

Namrata Jain secured the 12th AIR in 2018 to become an IAS officer. Namrata Jain said that a Naxal-triggered bomb at her town’s police station spurred her to enter the civil service to help the underprivileged in the Maoist-controlled region.  It was her sheer determination and passion to serve the society which was able to generate such a result even when all the odds were stacked against her.

Namrata’s father was a businessman and her mother was a housewife. She did her 10th standard from Nirmal Niketan School, Geedam, Dantewada, and her 12th from KPS Bhilai School. Namrata Jain did her undergraduate in engineering from Bhilai Institute of Technology, Bhilai.

It was in the 8th standard her interest to join civil services sparked upon meeting a collector who was invited to her school to speak. She asked the profession of that person her father. Her father told Namrata that IAS officers were the kings of the society and it was they who brought a positive change in the society.

IAS Namrata Jain and Nikhil Rakhecha IPS of Saraipali in Mahasamund district of Chhattisgarh tied the knot on 16th September 2020 (Thursday) in the Additional Collectorate Court of Mahasamund. Both are of the 2019 batch.

Additional collector, Sunil Kumar Chandravanshi, got both of them married. Officer employees including Collector Doman Singh, Police Captain Divyang Patel were present at the wedding. Everyone blessed both of them and wished them all the best for starting a new life.

Nikhil posted his photo with humility on Instagram and put a caption saying “Life without you is dull and boring. You make my world colourful. Happy Valentine’s Day Love.” Since then the discussion of the love of this loving officer couple was going on.

It was clear to Namrata that she wants to pursue her Civil Services dream. She left for Delhi for her preparation. In Delhi, she learned about the syllabus and the approach which she needs to adopt to tackle the questions in the exam. In 2015  she was unable to crack the exam. In 2016 she came back to Dantewada. In Dantewada, there was no access to any information related to the UPSC exam. Nor was there any good coaching institute available in the district.

That is why she decided to join online coaching. For the personality test, she joined another coaching.

In 2017, in her second attempt, she was able to secure the 99th rank and was selected for Indian Police Services (IPS). But as they say for the third time, Namrata attempted UPSC again in 2018 where she achieved AIR 12.

Also Read: IAS Govind Jaiswal Biography: An Inspiring Journey of a Son of a Rickshaw Puller

Regardless of the fact that Namrata’s grandpa is from Rajasthan, the family came to Bastar over 50 years ago and has lived in Dantewada ever since. Jhanwarlal Jain, her father, is a businessman, and Kiran Jain, her mother, is a housewife.

This IAS officer did not give up when it came to preparing for the UPSC exams, despite the limitations she confronted in terms of opportunities. She turned to online platforms to help her understand the fundamentals and turn her dream to become a public servant into a reality, allowing her to help her native state of Chhattisgarh.

What made Her Strong?

She was a close witness to several violent occurrences since she was ten years old. A Maoist attack in 2004 resulted in the burning of a police station and the deaths of 11 officers. Namrata vowed to do something for her hardship-torn village, sickened and devastated by the magnitude of the heinousness.

Namrata was familiar with a regional authority who attended her school while she was in the seventh grade. She was so enthralled by the event that she asked her father about his job.

IAS Jain said, “I saw the Naxal-triggered bomb that rocked the police station in my hometown a long time ago one day. It inspired and motivated me to enter the public service in order to serve the underprivileged and bring progress to the Maoist-affected region.”

Namrata was clearly enthralled, and this set the tone for all the arduous tasks she would be assigned over the years in order to fulfil her goal of working for the government.

She went to Delhi after completing her degree from Bhilai Institute of Technology to prepare for her CSE test.

She became familiar with the framework of the educational plan while studying in Delhi, and she also learned how to approach her preparation in an orderly and systematic manner. She did not pass the test in 2015, therefore she returned to Dantewada to finish her arrangements.

She began her UPSC CSE preparation at a Dantewada-based organization’s Coaching Center. She stayed at 99th place out of 1099 candidates in 2016. Namrata, on the other hand, was adamant about improving her score so that she might join the IAS. She began seriously preparing for the third time around with the help of online coaching services.

In the table below, you can see this IAS officer’s UPSC marks for each stage

The one thing that worked in mains for Jain was practicing answer writing. The more answers she wrote the more confidence she got,  which also increased her knowledge of the subject. Making your current affairs strong and working on it intensely is one of the pieces of advice Namrata has given to the UPSC aspirants.

For making current affairs notes she made an extensive habit of reading and writing. The information that she gathered from reading, she used to write it down in the question-answer format. Namrata read as many rescues as she could find online on one same topic to get different perspectives and consolidate the information in one place. This method also helped her to articulate her thoughts for answer writing.

She insists aspirants make notes with neat points and properly mention the additions. In the end, you should be able to understand your notes at one go.

According to this IAS officer, reading NCERT is a great way to build a foundation for the UPSC exam. For geography, she picked up the Class 6th NCERT textbook to clear the basics. For other subjects, she started from class 9th and 10th standard textbooks.

She separately didn’t make notes from NCERT but instead, she wrote important points on the edge of the page in the  NCERT itself, which helped her during the revision. She, in spite of being an engineering student, chose sociology as an optional subject. For which she referred to class 11th and 12th for understanding basic concepts.

# According to this IAS officer, if you want to do well in both the mains and prelims, you must prioritise current affairs.

# Read news items and recombine them to create questions and answers.

# More articles, quotations, editorials, and lectures may be found on the internet.

# She emphasises the necessity of making notes in a logical manner, putting them together neatly, and clearly stating the addition.

# When taking notes, use diagrams, flowcharts, and bullet points.

# NCERT books should be thoroughly read because direct questions are posed from them.

Her journey demonstrates that, no matter what your circumstances are, you can achieve your goals if you aim high and work hard for them. Her present position is in the Balodabazar neighbourhood. This IAS officer is an active Instagram user. You can follow her on Instagram by clicking here.

If you are preparing for the UPSC IAS test, you should always begin your study by passing the basics first and then going on to additional topics. If you need some additional guidance, you can check out UPSC Pathshala. Was Namrata’s journey inspiring to you? Let us know what you think in the comments area. 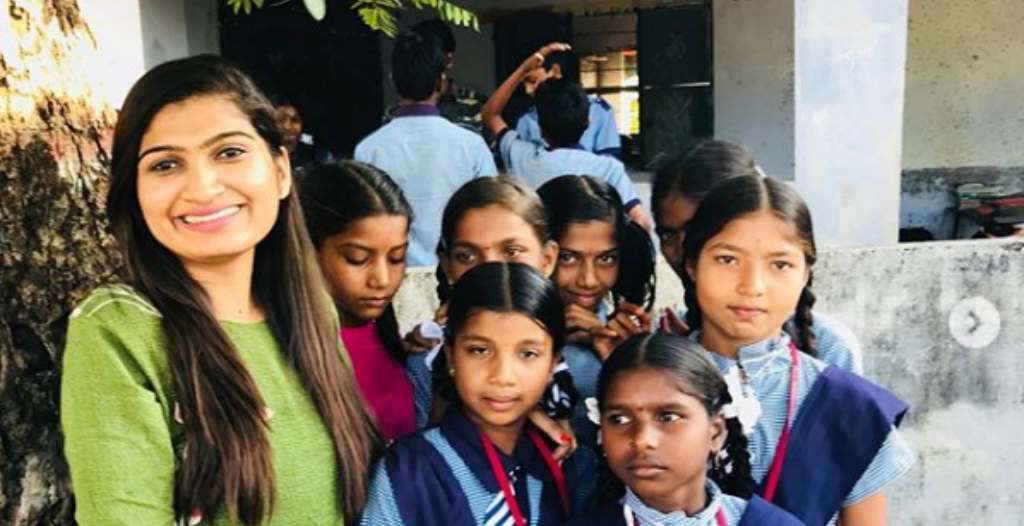 Article Name
IAS Namrata Jain: Journey of a First Woman Naxalite to Becoming an IAS Officer
Description
Have you heard about the first woman Naxalite IAS officer Namrata Jain? If you haven't, you must read this post to know about her inspiring UPSC journey. Click here to read now.
Publisher Name
UPSC Pathshala
Publisher Logo

International Relations Books for UPSC: Books That Will Help You Prepare for UPSC

IAS Story of the 2017 Exam Topper Anupama Anjali: An Inspiring Journey to Learn From