Prasanth Nair cleared the civil services examinations in 2007 to become a part of the esteemed Indian Administrative Services of India. Since then, he has set notable benchmarks through his diligence and ambitions to become a well-known entity. Follow the blog ahead to learn all about Prasanth Nair IAS.

Prasanth has worked in several departments and sectors including Taxation, tourism, roads, skills development, water supply, etc. he has also been a part of two major World Bank projects. Prasanth has also worked as an actor in Ajay Devaloka’s ‘Who’, and his directorial ‘Daivakanam’ bagged a prize in the Cannes Film Festival.

Prasanth has the view of living life to the fullest and living every dream, which is evident from his life journey, a unique mixed bag. He worked as a lawyer, and then as an IAS Civil servant, and also a film director. Prasanth secured an All India Rank 4 in 2007 civil services examinations and endured on the Kerela Cadre.

Prasanth’s dream of IAS was not just for the sake of the white-collar prestigious position. It was more of the generosity and humility that he would adhere to, and serve the people in his reach. This eventually worked out, when he cleared the UPSC exams with 4th rank and set out to accomplish his ambitions. This was in the form of active participation in social works for the Kozhikode district, from small scale to large scale.

He is popularly termed as ‘Collector Bro’, something that sounds very informal and friendly for an IAS bureaucrat. This was because of the sheer warmth that he received from the local people for his excellent community service. Prasanth is also one of the most active people on social media in the IAS community, where he reaches out to his followers and friends.

Also Read: IPS Pooja Yadav Biography: Know All about the IPS Officer Who is a Social Media Star

Prasanth spoke at the ThinkEdu Conclave about cracking the UPSC exams, where he said that there is no single way to crack the UPSC examinations as people are different in their approach. For the general studies paper, although the syllabus is based on NCERT books, one should also be very well aware of the events happening around in general. Good marks also depend on the selection of well decided optional subjects.

He also believes that going to coaching institutes is advisable to some extent, and also beneficial, but students can also gain a lot through self-efforts like reading journals, magazines, books, and newspapers. Institutes can not substitute individual effort and dedication. Another thing is to get a good and compatible peer group, which pushes the student to grow and perform better.

Following are some other posts and positions held by Prasanth Nair:

These are some of the few positions on which Prasanth Nair IAS has worked, but there are many more.

Other than achieving a spectacular mark sheet in the IAS exams, there are several notable achievements that he attained in his post-tenure. He founded ‘Operation Sulaimani’ to work on the eradication of hunger under the ‘Compassionate Kozhikode’ campaign in Kerela. He has also been a part of major World Bank projects namely, Jalandhini and KSTP.

Other programs initiated by Prasanth Nair IAS also include ‘Tere Mere Beech Mei’ to handle the management of waste, and ‘Yo Appooppa’ for the improvement of living standards of elderly men and women. Prasanth’s directorial ‘Daivakanam’ bagged a prize in the 71st Cannes Film Festival and he also starred in the film ‘Who’.

The biography of Prasanth Nair IAS is a beacon for all those aspirants who want to pursue every ambition being in the civil services department. He not only became an icon for excellent social work but also lived his own dream of acting and filmmaking. With having immense experience and knowledge in several departments and fields, Prasanth is the perfect example of an ideal IAS Officer.

His biography also proves that civil services are not just about marks and, but about the greater cause of serving the public and upholding the IAS dignity. For more such inspirational and captivating success stories, click here.

Also Read: IAS Antara Acharya Biography: Know All about Her Posting and Strategy 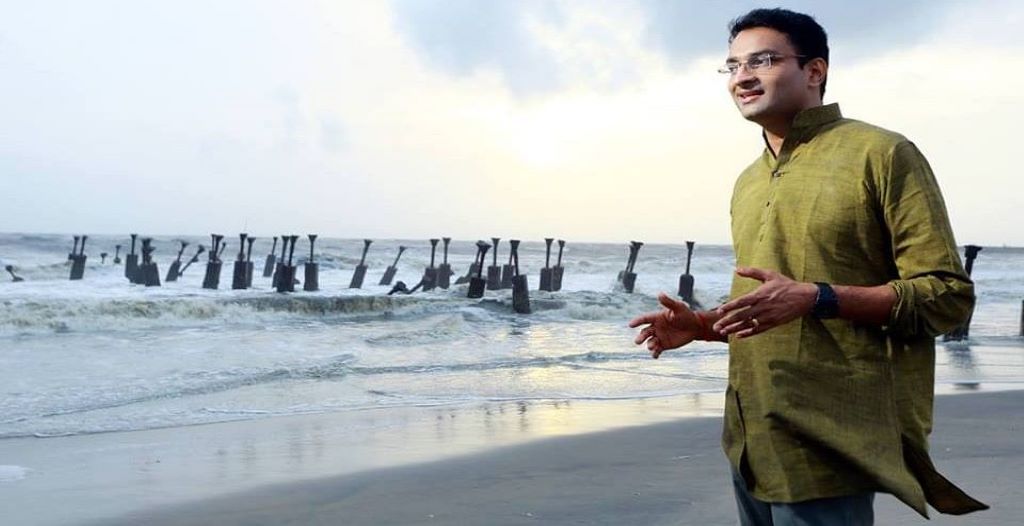 Article Name
IAS Prasanth Nair Biography: A Fascinating Story of Dreams
Description
This is the story of Prasanth Nair, an ambitious Civil Service officer, who also was fascinated with the world of films. Read along to know about his captivating journey in the IAS.
Publisher Name
UPSC Pathshala
Publisher Logo

What is Voice Vote? The Nitty-Gritty of the Parliamentary System

IAS Rakesh Prajapati: Everything You Must Know about this IAS from Himachal Pradesh