Clearing the UPSC exam is never easy. Shashank Tripathi not only cleared the exam but also managed to top in the exam. He had managed to get a rank of 5 in the UPSC 2015-16 exams. Read the article till the end to know all about IAS officer Shashank Tripathi’s Biography.

Shashank Tripathi IAS officer had done his degree from IIT Kanpur. He graduated in the year of 2013. He did not take part in the placement drive of his college.

He had cleared the exam in his first try to but he had gotten a rank of 272 in his first attempt. He decided to write the exam again and got a better rank in the next year.

Shashank had attended Deen Dayal Upadhyaya School and had gotten a 93% in his school days. His father used to work as a head clerk in the school.

His current posting is with the Government of Uttar Pradesh, in the town of Gonda and his optional subject was Sanskrit Literature. Read this article to know why he chose it.

Choosing an optional subject which suits you and has your interest is very important as it will help you in studying. If you enjoy the subject, you won’t take it as a burden to study the subject and you will also make it easy for you to study other subjects.

Think well before you choose an optional subject. Remember, do not take any subject lightly as it can cost you a good rank. The best rankers generally do well in their optional exams. So be careful and think wisely.

His marks in both the exams were pretty high but a better performance in his mains papers ensured him a better rank. He jumped around 267 ranks above due to a mere 70 marks. This shows the importance of each and every mark.

In the picture above, IAS officer Shashank Tripathi is seen receiving a silver medal from the late ex-president of India, Shri Pranab Mukherjee.

Shashank had won this silver medal in promoting the values of Esprit de corps during the 91st Foundation Course at LBSNAA, instituted by 1968 Batch.

Being a high ranked candidate, a lot of people look up to Shashank and keep asking him for tips and preparation strategy.

A lot of people look up to toppers to get best preparation strategies and in order to help other candidates, Shashank maintains a blog where he talks about his optional subject.

It is not a very common subject to be chosen and thus his blog is not based around other areas but focused on his optional subject which was Sanskrit Literature.

He was a chemical engineer and his subject is not offered as an optional in the UPSC. He had learnt Sanskrit from his childhood and thus had a strong base.

He also believed that it was an unconventional subject and thus the competition would be lesser and also felt that it was high scoring. He had studied in a Hindi Medium school and also was taught Sanskrit thus writing Sanskrit became easier for him.

He recommends that anyone with a good base in Hindi and a little exposure to Sanskrit should take it up as an optional subject if they like the subject.

Preparation for the UPSC exams gets very tiring. A little motivation is very necessary now and then. Hopefully, this article on Shashank Tripathi’s biography will give you enough motivation to do well and get a high rank like the IAS officer. All the best! 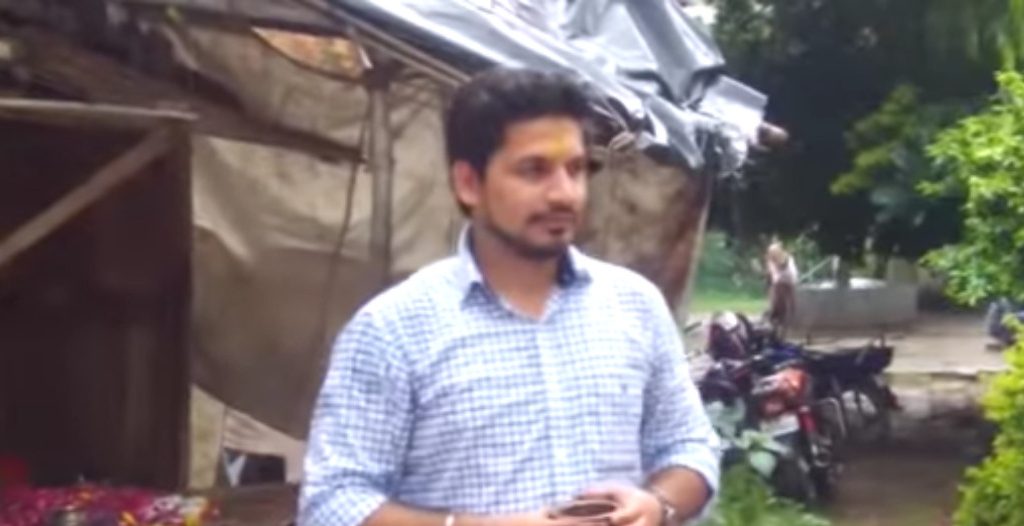 Ready for New Year 2021? Click Here to Get some Ultimate UPSC Motivation