Tina Dabi was raised in a middle-class Dalit (SE) household to Himali Dabi and Jaswant Dabi. Tina Dabi belongs to the Kamble caste. She wants to be a woman who outperforms men. She does believe in empowering women. She was continuously asking and advising the females to take the civil service examinations. When questioned about her study assistance, Tina Dabi stated her parents and boyfriend, Aamir, pushed her to study hard and take the UPSC test.

Tina Dabi IAS is the UPSC exam’s first-place finisher in 2016. Tina took first place in her first try, which catapulted her into the spotlight.

Tina Dabi wishes to serve the public, which is why she wishes to pursue a career in the IAS. As a result, every girl should look up to her as a role model and strive to achieve their ambitions. She is a cheerful and energetic individual.

Tina Dabi is a very successful 2015 national IAS topper. She is the first woman from a Scheduled Caste (ST) to get All India First in the UPSC CSE.

At just 25 years old she stood as a tribute to every hardworking, dedicated woman out there determined to achieve the impossible. With her successes and achievements, Dabi serves as a role model for all women.

She has a clear vision of what she wants to accomplish even at a young age. After completing her secondary education in New Delhi, she enrolled in the B.A. in Political Science programme at Lady Shri Ram College for Women in New Delhi. At the age of 18, she began preparing for the UPSC test during her first year of university.

Student of the Year Award

Tina Dabi received the Student of the Year honour from Lady Shri Ram College for Women in New Delhi after earning first place in the 12th ICSE board test. With a strong interest in Political Science and History, she is also one of the first-year Political Science toppers at Delhi University. In 2016, she passed the UPSC test on her first try with a score of 52.49 percent, making her the first female from a Scheduled Caste (ST) to be IAS rank 1 in the UPSC exam.

She is from a lower-middle-class SC Hindu household. Her father, Jaswant Dabi, is a BSNL managing director, and her mother, Himani Dabi, is a former officer of the IES. She also has a younger sister named Ria Dabi.

Tina first met Athar Aamir Khan during the IAS felicitation event at the DOPT headquarters in Delhi in 2015. They were acquainted during their IAS training at the “Lal Bahadur Shastri National Academy for Administration” in Mussoorie, Uttarakhand. During this period, they also visited Paris, Netherlands, and Rome. On March 20, 2018, she wedded Athar Aamir Khan, another IAS official.

She was very bright and talented in school when she was a youngster. In her 12th standard ICSE test, she received perfect scores in both History and Political Science.

She received her bachelor’s degree in political science from the ‘Lady Shri Ram College for Women’ in New Delhi. She cleared the IAS test on her first try in 2016, with 52.49 percent. Tina Dabi was awarded the President’s Gold Medal in 2018 for being the first to be distinguished in the IAS class of 2016 and for having completed the 2-year training session.

Also Read: Public Administration Syllabus for UPSC: Check Out the Updated Syllabus and Ways to Succeed

Tina Dabi’s timetable for IAS preparation is heavily focused on the revision approach and correct time allocation. Her method clearly demonstrates the significance of striking a healthy balance between study, revising, and breaks. Check out this link to learn about her timetable in detail.

Aspirants who are prepared or intend to prepare for the UPSC IAS competitive test should be aware that current events play an important part in this exam. Newspaper reading has been strongly recommended by professionals for improving understanding in the area of current events. This also keeps someone updated, but also aids in the formation of an opinion about what is going on around them.

Examiners want candidates to be well-versed in world events, politics, economics, internal security, technology, science, and human rights, among other issues, and reading newspapers is the best method to do so.

Current events have traditionally been the most active subject in the UPSC civil services test, as well as a highly significant component of it. Aspirants must dedicate adequate time to this and stay current with shifting trends. To ace this section, ensure there are no backlogs.

According to the Tina Dabi timetable for mains and other specialists’ recommendations, correct distribution of time for both the stable and current events sections is required to pass the test.

Identifying the Weakness and Strength

Tina Dabi’s IAS Tina Dabi timetable centres on study sessions. Aspirants must identify their strong and weak subjects and split their time appropriately. Tina Dabi’s UPSC timetable advises that enough time be spent on the topics in which the candidates are weak. However, it is equally important not to avoid issues where they have a foothold.

Tina Dabi’s timetable for IAS preparation places an emphasis on review because it is seen as critical to success. She recommended a 3-tier revision of each subject from each course to ensure that the aspirant does not forget anything.

She also advised that whatever subjects were covered this week be reviewed the next week. This is a great way to remember what you’ve already studied while also preparing for new topics.

Tina Dabi’s daily regimen places a strong emphasis on nutritious food and adequate rest. Alongside her, many experts say that it is natural for candidates to get irritated when coping with the huge curriculum of the UPSC test, thus it is critical for them to make time out of their busy schedules to have some free time that will assist them to refresh their brains.

To focus fully on their studies, candidates must get enough sleep and eat nutritious foods. Without excellent health, the struggle against the vast UPSC curriculum becomes extremely difficult.

Also Read: Worried about the Type of IAS IPS Interview Questions? Here’re Some Questions at Your Rescue!

# Both of her parents have previously passed the UPSC Indian Engineering Services Exam.

# She had originally planned to study B.Com after finishing high school, but she instead enrolled in B. A. Political Science and began preparing for the UPSC in the first year.

# She is a natural genius, having received 100 percent in Political Science and History in her 12th standard ICSE board examinations and been named Lady Shri Ram College’s “Student of the Year.

# She enrolled in RAU’s IAS Study Circle in New Delhi when she was only 18 years old.

# She used to study for 9 to 12 hours each day for her IAS preparation, with a set time schedule for each topic.

Some more Facts about Tina Dabi

# Since her school days, she has had a strong interest in the Indian Constitution and Indian politics. Her enthusiasm was mirrored in her first-year results when she was among the best students at Delhi University in the Political Science subject.

# She has been a prolific debater since elementary school and served as the Vice Speaker of Youth Parliament in 2012.

# She was the Second Speaker of the Youth Parliament in 2012, and her performance was absolutely outstanding.

Here’re Some more Facts about this IAS Officer

# They visited the Netherlands, Paris, and Rome during their training at the LBSNAA for Administration.

# She is the first woman from the Scheduled Caste (SC) to get the top rank in the IAS test.

# She had chosen the Haryana cadre as her first choice since she wanted to work in the field of women’s empowerment. However, the two openings in the Haryana cadre had already been assigned to the Scheduled Tribe (ST) category, therefore she was sent to the Rajasthan cadre, which was her second choice.

# She looks up to her mother as a role model since she gave up her work to pursue her dreams.

# She doesn’t drink as well.

# Tina was raised in Bhopal, but when she was in the seventh grade, her family relocated to Delhi.

# Tina and Aamir met in 2015 at the DoPT headquarters in Delhi for an IAS felicitation event and fell madly in love during their IAS training at the LBSNAA for Administration in Mussoorie.

# Her ambition is to work for the Indian government as a Cabinet Secretary.

# For her two-year training programme at the LBSNAA of Administration in Mussoorie, she was awarded the coveted President’s Gold Medal on June 29, 2018.

Q. Who is the husband of Tina Dabi?

Q. When was Tina Dabi born?

Q. Which optional subject was chosen by Tina Dabi?

We have covered everything there is on the internet about this IAS officer. You can follow her time table and strategies to have a good preparation plan. She chose Political Science as her optional subject as she was good at it. Therefore, you must choose yours based on your strengths. Don’t pick a subject just because your IAS role model picked it during his/her exam.

Also Read: Does the Syllabus of UPSC CSE Change from Year to Year? Know Everything Here 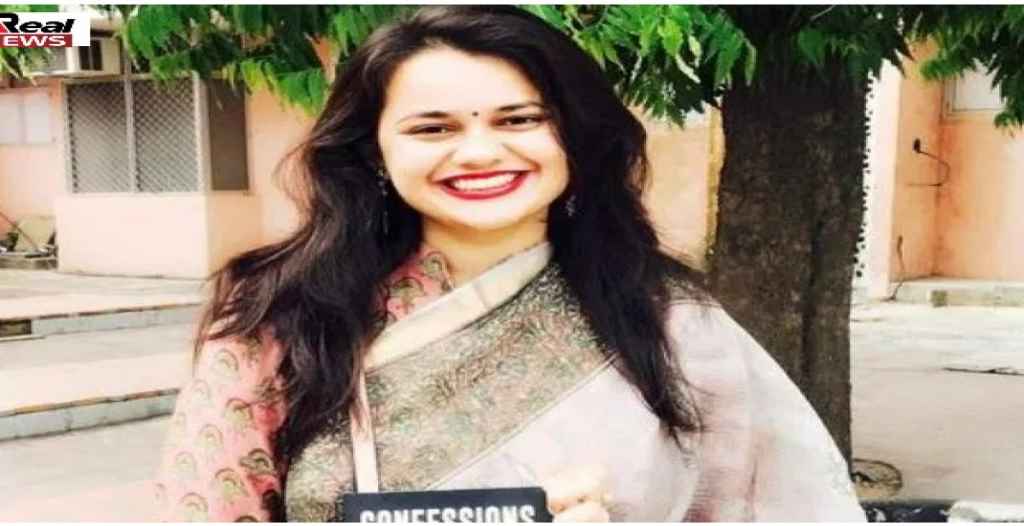 Article Name
IAS Tina Dabi Biography: Get Access to Tina Dabi’s Time Table & Strategy Here
Description
Want to know about the lifestyle, bio and career of Tina Dabi IAS officer? This article is just for you. Get all the info along with her smart strategies to crack the exam. Click here to read now.
Author
Madhurjya
Publisher Name
UPSC Pathshala
Publisher Logo

Total Number of Attempts for UPSC: How Many Attempts Do You Need for the UPSC Exam?

When is the Right Time for IPS Preparation? Decoding this FAQ Here!