The age-old issue of Balochistan surfaced recently when India’s Prime Minister Narendra Modi referred to this place in his Independence Day speech.

Mr Modi has previously given a statement saying, Pakistan should answer the world for the atrocities they have committed in Balochistan and Pakistan Occupied Kashmir.

With the direct reference to the issue of this Pakistan occupied place from the paramount podium of the Independence Day Speech, Indian Prime Minister undoubtedly stirred the global diplomatic equation. Some welcomed this move of our Prime Minister, and some people criticized it. In this article, we will discuss the Balochistan population as well as understand both of the sides and analyze why Balochistan is important for India?

What is the Issue of Balochistan?

It is the largest but least developed mineral-rich province in Pakistan. It is situated on the western side of Pakistan. Balochistan’s population is around 13 million.

The region has witnessed five waves of insurgencies which were put down by the Pakistani army. The issue of Balochistan and Baloch people were always handled with brute force, and many instances of human rights violation were reported.

How is this Issue Connected to India?

Pakistani officials have always falsely accused India, UAE, and Russia of meddling in the internal politics of Pakistan. Since the inception of the Non-Alignment Movement by India’s first Prime Minister Jawaharlal Nehru, India has always followed the policy of ‘Panchsheel.’

India has also refrained itself from commenting and getting involved in this issue since independence. India has always followed the policy of non-interference in the non-international affairs of any neighbouring country.

But, with the recent comment by Indian Prime Minister, the issue of this provincial is on the radar. If his aggressive remark becomes a reality, then we will have a tectonic shift from our traditional foreign policy of non-interference.

Probable Reasons for India Taking a Sudden Interest in Balochistan

The question is quite relevant, as being the greatest country in the geopolitics of Indian hemisphere India has brought this issue again for discussion. Till now, we have witnessed such separatist movements in Sri Lanka and Tibet.

The Indian outlook towards these regions is neutral and of non-interference. So, why has India developed an interest in the issue of this area and Baloch people, out of a sudden?

Long back in 2009, former Indian Prime Minister Manmohan Singh held talks with former Pakistani Prime Minister Yousaf Raza Gilani during Non-alignment Movement Summit in Sharm-el-Sheikh. During these negotiations, both the parties agreed to share the real-time data on any future terrorist attacks.

The joint statement released by both the parties was somewhat legitimized Gilani’s allegations regarding India’s role in Balochistan. This move was not well received in India and the Indian government had faced massive opposition from opposition & media.

Pakistani High Commissioner to India Abdul Basit has recently given a controversial remark stating that Pakistan will continue its support of Kashmir Freedom. The recent statement of our Prime Minister might just be a verbal answer to Abdul Basit. The possibility of it being just a verbal battle is high, but what if India sincerely thinks about raising the issue of Balochistan on an international forum?

What is Balochistan Liberal Army?

Balochistan liberal army is a group of Baloch separatists that is engaged in carrying violent attacks in Pakistan. This group claims that Pakistan has been exploiting the provincial area of Balochistan without giving any share to the Baloch people.

Why Balochistan is Important for India?

Hyrbyair Marri, the fifth son of veteran Baloch national leader Nawab Khair Bakhsh Marri and the founder of the Free Balochistan Movement said in an interview back in November 2019, talked about why India should help Balock people and for the freedom movement. Following are some of the things that he said while elaborating India’s benefit in the Baloch freedom movement:

Hopefully, this article will help you get an idea about why Balochistan is important for India.

What is your take on this topic? Share your thoughts with us by commenting in the below box. 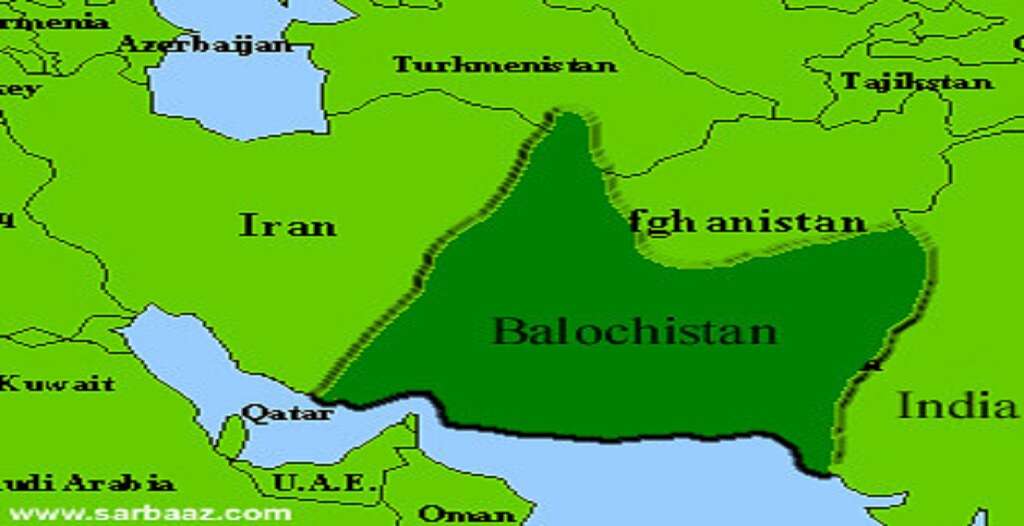 Article Name
Balochistan from India’s Perspective: Why Balochistan is Important for India?
Description
What is the issue of Balochistan and what is India's perspective on that? How important is Balochistan for India and why? Let's get deep into it.
Publisher Name
UPSC PATHSHALA
Publisher Logo

What is the Eligibility for IAS Exam? How Many Attempts for UPSC Test?