If you are preparing for the UPSC exam then the term GDP deflator is not new to you. You must be wondering what is a GDP deflator?

The GDP deflator is a measure of inflation and is also called implicit price deflator. It helps to record and measure all the price level changes of an economy in the output of goods and services of one year. Gross domestic product deflator shows the amount of change in GDP due to inflation and not increase in output.

What does GDP Deflator Do?

Next, you may wonder what the GDP deflator does.  As mentioned it measures the change in prices for all goods and services in an economy.

This further helps economists of the country to understand the level of inflation in the economy, compare levels of real economic activities and ways to curb inflation. It takes into account all the goods and services produced and thus is preferred over other measures of inflation.

The GDP deflator is among the measures of inflation. When compared to other measures like consumer product index (CPI) and wholesale price index (WPI) it is of a much broader sense. It calculates inflation on the whole economy and not just on a basket of select goods like CPI or WPI.

Any change in consumption pattern or structural reforms are directly considered into the GDP deflator. Though CPI and WPI are available on a monthly basis they do not give a clear picture of inflation in the economy.

Now, it is important to understand the components of GDP deflator for your UPSC exam.

Nominal gross domestic product is the monetary value of all goods and services produced in an economy in a particular year at current prices. This causes it to keep changing every year as the prices of goods may increase due to inflation.

In case if inflation exists and is high, then the value of Nominal GDP will be higher as it is based on current year prices than the Real GDP

If Inflation does not exist or is low then the Real GDP value will be greater than nominal GDP value.

The  formula for Real GDP is:

The formula for Nominal GDP is:

GDP deflator for your UPSC exam may look like a very complex topic but in reality is very easy to understand. This blog helps you break down the topic and go through the various aspects related to it, like Real gross domestic product, Nominal gross domestic product deflator formula and much more. This should help you look into the details of the topic and help you understand it better.

For many such needs for your UPSC exam, you can visit this website. It will help you prepare better, give you tests and provide you with mentors that will guide you and prepare you for a better score.

Also Read : Most Brilliant IAS Questions: Here are Some of the Trickiest UPSC Interview Questions 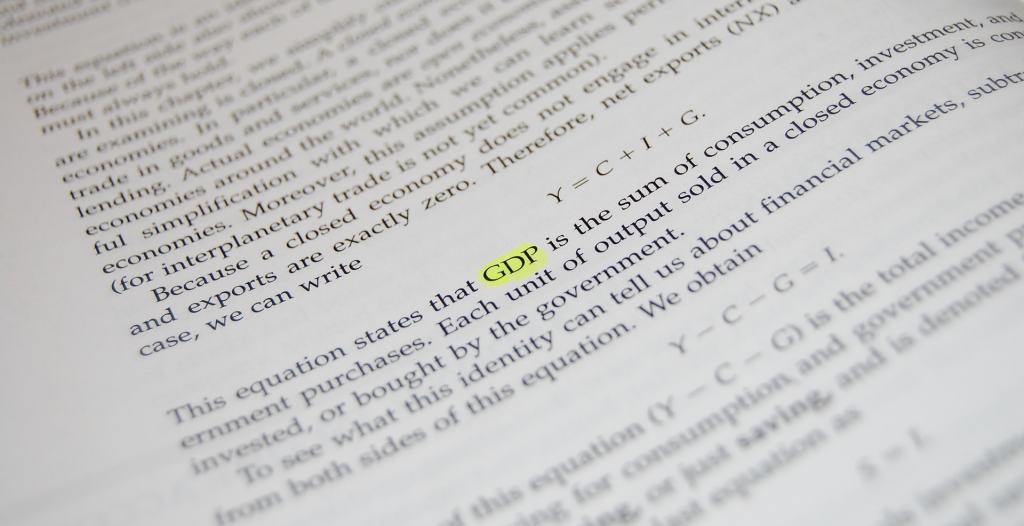 Article Name
What is GDP Deflator? A Simple Guide to Understand All about GDP Deflator
Description
Are you preparing for UPSC? If yes, then this blog will help you to understand GDP deflator and terms related to it for your UPSC exam and increase your score.
Publisher Name
UPSC Pathshala
Publisher Logo