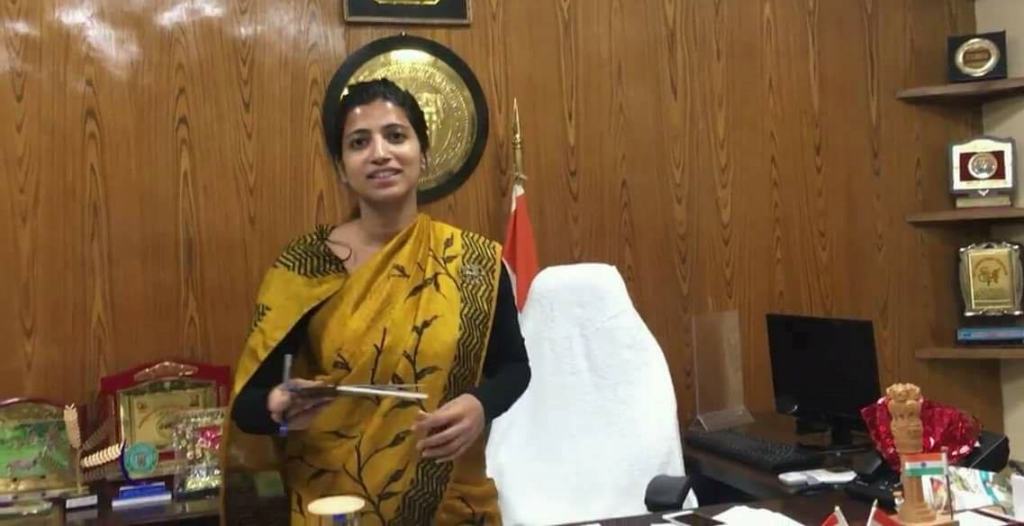 As per Amrapali Kata wiki, Amrapali Kata is an IAS officer of the 2010 batch of Telangana cadre. She is popularly known for her diligence and passion. Amrapali Kata was born on 4 November 1982. Her age is 38 years as of 2020. She is a native of Visakhapatnam, Andhra Pradesh, India. She is a proud daughter of Venkat Reddy Kata and Padmavati. Her father, Venkat Reddy Kata, has served as a professor at Andhra University. She also has a sister who works in the revenue department of Karnataka. She tied her knot on 18 February 2018 with IPS officer Sameer Sharma. Her hobbies include reading, travelling, writing, and cooking.

Amrapali Kata IAS was the first lady IAS officer of Warangal urban district. She has proved to the community that a woman can elevate the whole society. She has emerged as an influential leader by breaking the norms of the professional space where women are looked down upon.

She was born in Visakhapatnam and most of her schooling took place in various parts of the state. For her Bachelors, she pursued BTech from IIT Madras. She has been a scholar student since the very beginning.

Just after completing her MBA from IIM in Bangalore, Amrapali joined ABN AMRO as a Junior Relationship Banker. She was working there and earned a decent salary; however, one day, her zeal and passion towards becoming an IAS made her quit the job, and she started preparing for the civil services exam.

Her perseverance and hard work made her the youngest candidate to crack UPSC in 2010. Her rank was 39th all over India. IAS Amrapali’s mark sheet brings out real inspiration to the young minds, as she scored 1241/2300 in her civil service exam.

Amrapali Kata’s first posting was in Andhra Pradesh. After becoming an IAS officer, she worked as a sub-collector in Vikarabad, Telangana in 2013. Later in 2014 she was transferred and posted as the director in the department of women and child welfare. In 2015 she was offered a position of the joint collector of Ranga Reddy district, Telangana. In 2016 she was appointed as the first lady IAS officer of Warangal urban district. She is an epitome of perfection and an inspiration to youth. Amrapali has been working against the common problems of society, such as poor hygiene, sanitation issues, inadequate water supply, and many more.

How She became an inspiration to the Youth?

IAS Amrapali has suspended a few officers due to which every subordinate working under her strictly follows her rules and commands. Her visionary leadership qualities and absolute integrity has made her commendable at her job.

Amrapali has given numerous speeches in colleges such as in SREC College of Engineering, Warangal where she shared her experience of becoming an IAS officer and explained about various obstacles faced by women in any industry across the country.

Amrapali’s Contribution towards the Beautification of the Warangal District

After being in charge of the Warangal district, IAS Amrapali kata adopted new methods for the beautification and enhancement of the Warangal district. She contacted several visual artists for adoring the city in a more colourful and beautified way. Beautification of the city was done by painting illustrious images on government office walls and flyovers in the city. As considerate and warm-hearted as she is, Amrapali rewarded the artists with the Bahubali-2 movie tickets which she bought by herself.

Amrapali is an invincible and a strong IAS Officer. An adventurous officer, Amrapali, loves to participate in various outdoor activities. Kicking the monotony, Amrapali, participated in the two-day rock climbing festival being organized by the forest department at Pandavula in Jayashankar Bhupalpally district.

IAS Amrapali Kata is known for her hard work and integrity. The youth aspires to be like her. Her unshakable conviction and intellect to handle the circumstances are appreciated. She has been appointed as a deputy secretary in the Prime Minister’s Office (PMO) and grabbed headlines after that. IAS Amrapali is one of the three officials who has been appointed and is currently working there. Amrapali Kata posting at the Prime Minister’s office is until October 27, 2023.

IAS Amrapali’s hard work and dedication have made her an exemplary woman who people look up to. In this male-centric society, she broke societal norms and emerged as a powerful and educated woman. UPSC might be a tough nut to crack, but this inspiring story of IAS Amrapali is the testimony of how one’s consistent determination and persistence can make them reach the pinnacle.

Stay tuned with us to know more about the UPSC specific content and inspiring stories of successful IAS officers.

Article Name
IAS Amrapali Kata Wiki: IAS Lady Expert of Warangal and an Icon for the Youth
Description
Feeling unmotivated and stressed on how to clear the UPSC exam? This blog covers an inspiring story of Amrapali Kata IAS which would boost your morale.
Publisher Name
UPSC Pathshala
Publisher Logo