What can be better than learning from a person who has gone through the same phase, got success, and is now doing wonderfully in the job? For an IAS aspirant, the best sources of information are the interviews and biographies of the IAS officers who have gone through the same pain, suffered the same pain but flourished, and now have become an IAS officer. From such personalities there is a lot to learn in terms of strategies, learning mistakes that they made, and learning smart tricks from them to crack the UPSC examination.

Around 8,00,000 candidates fill in the UPSC examination every year, so if you want to stand out, you have to prepare yourself in a way that helps you go beyond your capability. In this article, you will learn about one such personality IAS Kakarla Usha, Kakarla Usha wiki,  her optional subject.

Kakarla Usha IAS is from Vijayawada who lived with her mother and two siblings. She completed her graduation in Chennai from Ethiraj College in Economics. She pursued her post-graduation at Hyderabad Central University. She also joined IIFT (Indian Institute of Foreign Trade) in New Delhi to complete her MBA. Once she completed her MBA she went forward with the preparation of UPSC and cleared the examination. She was selected in the 1994 IAS batch. During her training period in the initial IAS journey, she also earned a gold medal in law.

Also Read:- In UPSC What is the Maximum Eye Power Allowed for a CSE Aspirant? Here’s All about the Eye Test

We always have heard stories about personalities that play a big role in society, such stories that we hear are mostly from our parents who want us to touch skies and fly high in our career. A similar scenario was with IAS Kakarla who listened to her father’s applause for collectors. Her father had returned from Germany and went further with setting up an electrical factory manufacturing transformer in the area where they lived.

Her father used to show her the ambassador car which passes by with the red light on the top and told her to become an IAS officer to acquire the same power. But unfortunately, IAS Kakarla lost her father at the age of thirteen, where after a huge loss to her family, her mother was the one who took care of all. The dreams her father and mother had for IAS Kakarla had a great impact on her, which made her adamant to become an IAS officer.

When she was selected as an IAS in 1994, during her training she earned the gold medal in law which was a kick start of her career. She was posted as an assistant Collector in Kancheepuram then she became a sub-collector in Periyakulam, after which she became Deputy secretary in Adi-Dravidar and Tribal Welfare.

She was posted as the Join Chief electoral officer when the electronic voting machines were introduced by the election commission of India. This was during the time of parliamentary polls in 1999.

She was also posted as a joint commissioner in commercial taxes, where she was a part of the team which took care of the transitions from the Sales tax regime to the VAT system. In an interview, she expressed that “ it was a very busy time where she was to learn and understand the VAT system, after this she had to interact with the sectoral trade and industry groups.

This post called more responsibility towards the problems the sectors were going through due to trade and associations of industry. But it was a very instructive experience”. Her current posting is as MD of TUFUSIL in Chennai she is also the chairperson and Managing Director-Tamil Nadu Industrial Development Corporation (TIDCO).

When we are reading such biographies, we look for learnings that we can incorporate in our preparation to be successful and to achieve what we desire. There are few learnings from IAS Kakarla’s journey that can help you work in the right direction and will give you the motivation to keep working hard towards your goal.

Also Read:-In Which Year ICS was Replaced by IAS? Are these Two Any Different? All You Need to Know!

There is a thin line between being confident and being overconfident. IAS Usha was confident enough in her preparation but she never became overconfident, hence she decided to pursue MBA as a plan B if things didn’t go well. This shows her long-term planning skill which is imperative for a candidate preparing for UPSC. As IAS Girija Vaidyanathan says “there is much ambiguity in the IAS journey and amidst such ambiguity, one has to stay strong”.

Even when she became an IAS officer she never stopped learning, when she was posted as a joint commissioner she struggled and learned to carry out her responsibility well. This was only possible because she was open to learning new things, if she remained rigid towards being as she was then her journey as a joint commission would have been tough. It doesn’t matter how big your personality is, you will always need to learn new things to move further in life.

Also Read: IAS vs PCS: Which is Best IAS or PCS? What should you choose?

Your success depends on the type of decisions you make, it may change according to your opinion as you grow old but making sound decisions is imperative for a human being. Unless and until you analyze a problem to reach a decision where you know what are the pros and what are the cons, it will be difficult to achieve success. Hence, focus on the type of decision you are making all throughout the journey and make them with great care.

Learning from the strategies and the journey of IAS officers is one of the great sources of motivation as well as such biographies become our guiding light. Many times when we follow the learnings from such biographies we are able to make a real change in our life. In this article, we discussed IAS Kakarla Usha, biography, and her strategy, so hopefully, by now you know how she became a successful IAS officer and how has been her life since she became one. You can get more inspiring resources on the UPSC Pathshala website, to increase your motivation and move in the right direction. 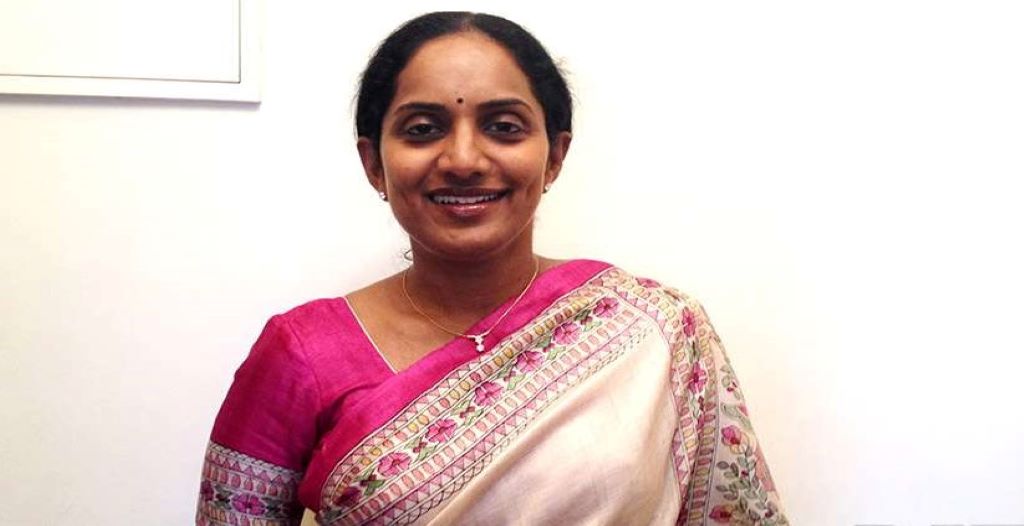 Article Name
IAS Kakarla Usha Wiki: Lessons to Learn from the Change- Maker
Description
As a UPSC candidate you must be looking for biographies of successful IAS officers, right? Here is one such personality IAS Kakarla Usha who is known as the change maker.
Author
Kirti kumar
Publisher Name
UPSC Pathshala
Publisher Logo

Is CSAT Prelims Paper Removed from UPSC Examination 2021? Check Out the Pattern of UPSC

How is Life at LBSNAA? Here’re the Facts about the Intriguing Start of an IAS Training