Do you know what is the best source of knowledge for a UPSC aspirant? The best source of information is an IAS officer who has gone through the same phase as the IAS aspirant is going through, who has crossed all milestones to fulfil their dream. From such personalities you get to know the real mantras to achieve what they desire, you learn from their strengths, you learn their strategies that you can mould into yours, and learn from their mistakes.

One such personality that you will get to know in this wiki article, is Girija Vaidyanathan who is a 1981 batch IAS officer. You will be amazed to know her achievement once she became an IAS officer. She flew up in the sky of achievements and nobody could stop her from doing so. Hold your seat tight and let’s deep dive into her journey and learn about Girija Vaidyanathan UPSC rank, optional subject and preparation tips.

Girija Vaidyanathan belongs to Nagercoil in Tamil Nadu. She is the daughter of former Governor (1990 to 1992) of RBI (Reserve Bank of India) Mr. S Venkitaramanan. She has always been a bright and intelligent student since her childhood. She completed her high school in Washington and her graduation in B.Sc. honors in Physics, after which she went on to complete her Ph.D. in Health Economics from IIT Madras.

As she was bright enough to take up any challenge, her father suggested that she become an IAS officer. After clearing the UPSC examination in 1981 with a good rank she was appointed the Tamil Nadu Cadre which was her hometown. She became a sub-collector in 1983 and she continued to climb up the ladder of success.

Also Read:- In UPSC What is the Maximum Eye Power Allowed for a CSE Aspirant? Here’s All about the Eye Test

Because of her hard work, she became quite popular in Tamil Nadu since she joined civil services. She has good fame in Tamil Nadu and the neighbouring states. As she was unstoppable, in her 34 years of service she has worked in various departments like environment, land development, urban development, administration, finance, program implementation, and power. She has been the principal secretary of the Health and Family Welfare Department in the Government of Tamil Nadu, she has also been the mission director of the National Rural Health Mission (NHRM).

Where IAS Girija Vaidyanathan is at Present?

Her current posting is in Chennai as the Chief Secretary after replacing P.Rama Mohana Rao. She has become the first bureaucrat in 8 years to complete 2 years of servicing the top government position. On December 22, 2016, under very dramatic circumstances she replaced P. Rama Mohana Rao. She is known for her high competence, integrity, and revolutionizing the public health system in Tamil Nadu.

Also Read:-Starting UPSC Preparation at the Age of 28? Is It Worth Buckling up Now?

Lessons by a Power Lady

When you have heard so much about IAS Girija Vaidyanathan, you must be eager to know about some of the lessons that she learned in her versatile journey. Let’s take you through what lessons we should learn from a powerful lady.

Sometimes you have to take such a step that will leave you in a dilemma for some time. You will start questioning many things. Such an incident happened with IAS Girija Vaidyanathan, where she had to take the hard step of not meeting the union of sugar mills because their demands were not in order. In this situation she had to take a high moral ground stand, in revert the union went on strike and the sugar mill was shut for 15 days. It’s not about whose mistake it was but sometimes it’s very difficult to decide what is right and what is wrong, amidst such ambiguity IAS has to stay strong.

“When you want to get something done, you have to choose options that do not necessarily align with what you started with” expressed by IAS Girija Vaidyanathan. She says that there are very few occasions where it is a win-win situation for everyone, mostly it was about accepting the things we don’t follow but after seeing its result, in the long run, we can take a deep sigh of being able to do it. The change depends on a tripartite system where civil servants propose something, then political parties approve it after analyzing whether it follows some values or not, and then there is a third party that implements the proposal to bring about the change. Hence, keeping every player in mind while you take action becomes imperative.

Sometimes there are situations where you give your best in researching and implementing your idea for good. But then during the course of action things don’t work out the way you want to, you realize that you were doing it all wrong, in such a case you have to unlearn the previously researched information because it is not working. You have to learn new things and adapt accordingly to see the result. These lessons we get from IAS Girija Vaidyanathan’s live experience of setting up an ICU in her area which took 1 year to get established. But through this learning and unlearning process the region now has 4 ICU units.

4. Accept the Ambiguity and do Your Best

One has to be agile and has to accept that not everything is in our control. There is so much ambiguity in the IAS journey from IAS preparation to being an IAS officer and carrying out responsibility.

In such a case you have to look at the bigger picture to serve the society, to do so, a better way of operating is to pass on the idea to your immediate group who will take your place. You have to sow the seed of an idea in such a way that the next person is able to think on the parallel line to implement it. This thought process will require experience and thinking of the long-term but for IAS aspirants it is important to do so.

For an IAS aspirant, listening to the biography or reading it, is one of the informative sources. Learning from the first-hand experience of the other person who has been in your place, will make you learn things that books don’t. In this wiki article you get the opportunity to learn about the powerful lady who is known for rocking the boat silently as wherever she is posted, she did her best work. Hopefully, you got some lifelong learnings from the experience of IAS Girija Vaidyanathan, who is known as a powerful lady. For more such inspirational lessons you can check out the UPSC Pathshala website and get yourself a dose of motivation to gear up your preparation. 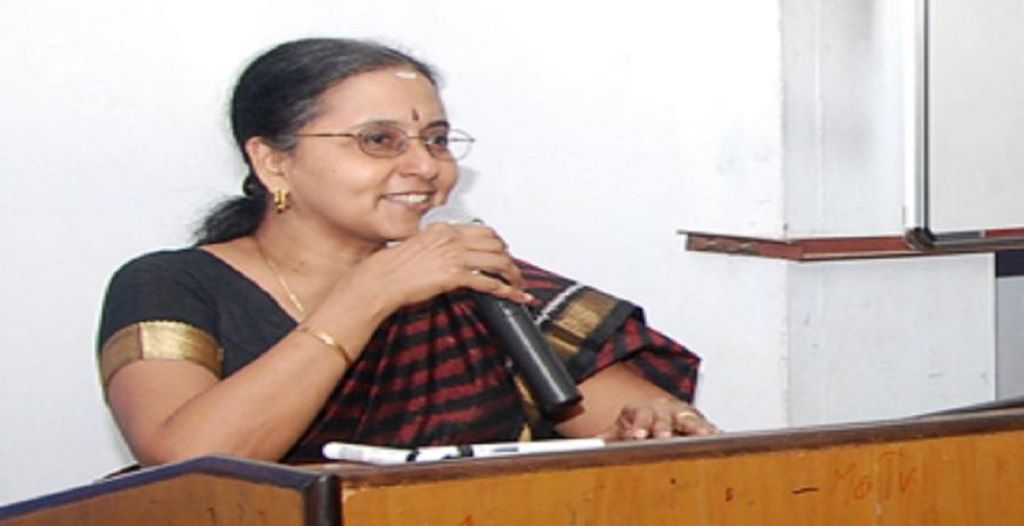 In UPSC What is the Maximum Eye Power Allowed for a CSE Aspirant? Here’s All about the Eye Test