Are you preparing for the UPSC Civil Services Examination (CSE)? So, you’re looking for some motivation? Here is Satyam Gandhi’s inspiring story. He is one of the 761 candidates who passed the exam out of a total of 10, 40,060 candidates who applied. What was so remarkable about this? In his first attempt, he was able to secure 10th place overall in India.

In this article, we’ll learn more about him and his preparation strategy. So read this article all the way to the end.

Satyam Gandhi was born in the Bihar district of Samastipur in 1999. Satyam Gandhi, a native of Samastipur, Bihar, has become a source of inspiration for all aspirants after achieving AIR 10th in UPSC CSE 2020. His father, Akhilesh Singh, works for the government, and his mother is a stay-at-home mom. He has a younger brother who is currently pursuing his education.

Unlike the majority of UPSC civil service aspirants who rely on coaching institutes to pass the coveted exam, Satyam Gandhi chose to self-study and received a 10th-place finish in his first attempt.

Gandhi, a native of Bihar’s Samastipur district, received his primary and secondary education at Kendriya Vidyalaya and went on to study BA (H) Political Science at Delhi University’s Dyal Singh College. During his final year of college, the 22-year-old decided to start studying for the UPSC CSE 2020 exam.

In his final year of college, Gandhi moved to Rajendra Nagar, a hotspot for civil service aspirants in Delhi. “I chose Rajendra Nagar because it provided easy access to study materials.” Everything is readily available in the bookstores here, from mock tests to preparation books and current events. The time spent travelling to gather study materials was cut in half, according to the topper.

“I took the exam because it was my grandfather’s dream to have a collector (District Magistrate) in the family. As a result, I chose Political Science as a graduation subject and as an exam option,” Gandhi explained.

Politics and Economics were his strong suits, while History was his weak suit. Ancient History, in particular, was difficult for him. He spent more time on the section that was the weakest. When it comes to preparing for the UPSC IAS exam, there is no substitute for hard work.

Because he is terrible at memorising topics, and history is a subject where memorising topics is essential. As a result, he devoted his spare time to the subject and attempted to memorise the concepts by revising them repeatedly.

For the prelims, Gandhi emphasises the importance of Economics, Politics, and History. Aspirants, he believes, should pay more attention to these topics. He also advises aspirants to take regular mock tests and test series to track their progress and make adjustments to their strategy.

Gandhi recommends reading self-made notes and current events for the final week of revision. He worked on revising the mock papers as well. “On exam day, aspirants should not aim for a perfect score, but rather treat the exam like a practise test.” “Rather than worrying about the outcome, they should focus on comprehending and answering the questions,” Satyam advised.

To begin with, there is no set pattern for passing the UPSC IAS exam. Everyone sticks to the UPSC IAS study plan that they are most comfortable with. It doesn’t matter which study method you use; what matters is that you plan ahead of time for what and how the UPSC IAS syllabus should be covered.

Make a plan that can be carried out and is somewhat realistic. Do not set an overly ambitious study goal for yourself. The key to success is consistency and time management.

In terms of the UPSC syllabus, he found the Ethics and History paper to be the most difficult. Aside from that, he lives alone in Delhi and must manage everything on his own, so that part was too difficult for him.

Satyam began studying for the UPSC in 2019 and spent 12-13 hours per day studying. The Samastipur native prioritised the prelims and concentrated on general studies the most. His self-prepared notes, in addition to books, assisted him in passing the exam. Satyam discovered his flaws after taking 120 mock tests. He relied on online coaching platforms for assistance in passing the interview round.

Satyam Gandhi revealed in an interview with Careers360 that he comes from a rural family and has witnessed the problems of rural areas since he was a child. He was always compelled to solve them, but he was powerless to do so. Furthermore, his grandfather wished for him to work as a Collector. These factors combined inspired him to pursue a career as an IAS officer.

Also Read: JPSC Prelims Result 2021: Check Out the Information Relevant to the JPSC

Satyam Gandhi worked very hard in his 12th grade to get into Delhi University, despite his family’s wishes for him to pursue engineering. Satyam’s interest was only in political science, which is why he entered UPC 2020. Optional Subject: Political Science International Relations (PSIR).

Satyam Gandhi’s first UPSC attempt resulted in an AIR-10 in the first attempt, illuminating the name of Bihar as a state in India. Here is the booklist provided by him:

Gandhi would advise future aspirants to create a proper study plan before beginning their UPSC IAS preparation. Be honest with yourself about what you chose and why you chose it. Allow 10-12 hours for self-study and avoid all distractions, including social media, relatives, friends, and anything else.

Don’t be concerned about your planning! Instead of wasting time in coaching institutes, you can save time and devote it to self-study by enrolling in online coaching. One of the best UPSC coaching websites is UPSC Pathshala. This website is devoted solely to UPSC and serves as a one-stop shop for you. 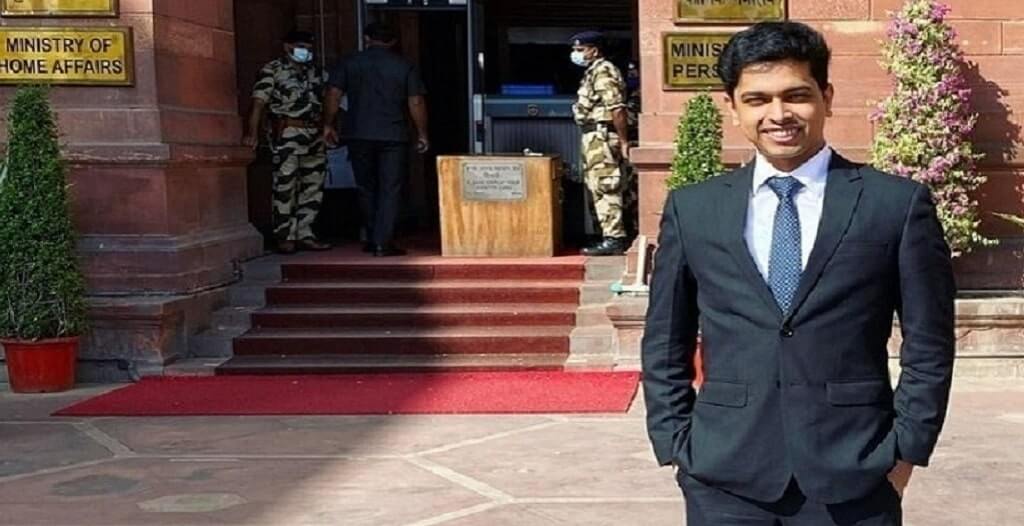 Plan B for UPSC Aspirants: Buckle Up Your UPSC Prelims Preparation with the Best Appeal