Are you preparing for UPSC CSE? Well, need some inspiration? Here is an inspiring story of Satyam Gandhi. He is one of the 761 candidates who successfully cleared among 10, 40,060 candidates who applied for this exam. What was so amazing in this? He was able to secure 10th rank all over India in his very first attempt.

Let us find out more about him and his preparation strategy in this article. So read this article until the very end. Let’s also get the information and details about the UPSC IAS foundation course. Let’s join the UPSC IAS online coaching.

Satyam Gandhi was born in 1999 in the Samastipur district of Bihar. Hailing from Samastipur, Bihar, Satyam Gandhi became a source of inspiration for every aspirant out there by bagging AIR 10th in UPSC CSE 2020. His father, Akhilesh Singh is a government employee and his mother is a homemaker. He also has a younger brother who is currently studying.

He completed his schooling at Kendriya Vidyalaya. He was an intelligent student from childhood. He was even topper in his 10th and 12th with a science background. Then for his graduation, he moved to Delhi. To finance his graduation study his father took a loan. There he pursued Political Science from Dayal Singh College, Delhi University. In the third year of his graduation, he started his UPSC preparation.

Want to know how to make the best strategy to crack UPSC? Just click here.

The 22-year old Satyam Gandhi started his UPSC preparation in his third year of graduation. From a small room of PG in Karol Bagh, Delhi; he became an inspiration for all other students who think you can only clear UPSC after coming from a good background.

Coming from a simple background, he always focused on his goal. His father took out a loan to fund his son’s education. Satyam Gandhi didn’t divert his focus from the dazzling lifestyle of Delhites. Rather he focused on his studies and in the very first attempt; he secured 10th rank all over India.

What Inspired Him to Take UPSC Civil Service Examination?

In an interview with Careers360, Satyam Gandhi revealed that he belonged from a rural background and since his childhood, he has been witnessing the problems of rural areas. He always felt the urge to solve them but was helpless. Moreover, his grandfather wanted him to become a Collector. Altogether, these factors inspired him to become an IAS officer.

Satyam Gandhi started his UPSC IAS preparation in May 2019. At first, he gave 8 to 10 hours for preparation each day. However, he took the coaching for General studies, but he still believes that quality time of self-study can help you to successfully clear UPSC. He planned his time well. He divided his time into months, weeks, and daily targets to accomplish goals.

Moreover, he prepared a concise list of books for UPSC preparation. He evaluated his strengths and weaknesses. He gave more time to weaker subjects like History and Ethics. He spends hours memorizing dates and events of historical background.

His Advice for Others

Satyam Gandhi does not believe in any single or set plan to clear UPSC. He believes that everyone should follow his or her plan. But before making a plan they should analyze the pattern for UPSC well. Remember to make shorter goals to accomplish.

He emphasizes the importance of Economics, Polity, and Economics for the prelims preparation. According to him, aspirants should pay more attention to these subjects. In addition, they should take regular mock tests and test series to track your performance and amend your strategy.

Also Read: IAS Shubham Kumar Biography: A Journey of a Young Man Towards the Betterment of Our Nation

This was an inspirational journey of Satyam Gandhi. He is an inspiration for many who believe that only a person belonging to a well-off family can clear UPSC.
Don’t worry about your preparation! Rather than wasting your time in coaching institutes, you can save your time and contribute your time for self-study by taking online coaching. UPSC Pathshala is one of the best UPSC coaching websites. Dedicated solely to UPSC, this website is a one-stop destination for you. You can start with the UPSC IAS foundation course on the website. The UPSC IAS online coaching offered here is the best for you. It will drive the strength in you to achieve your target. 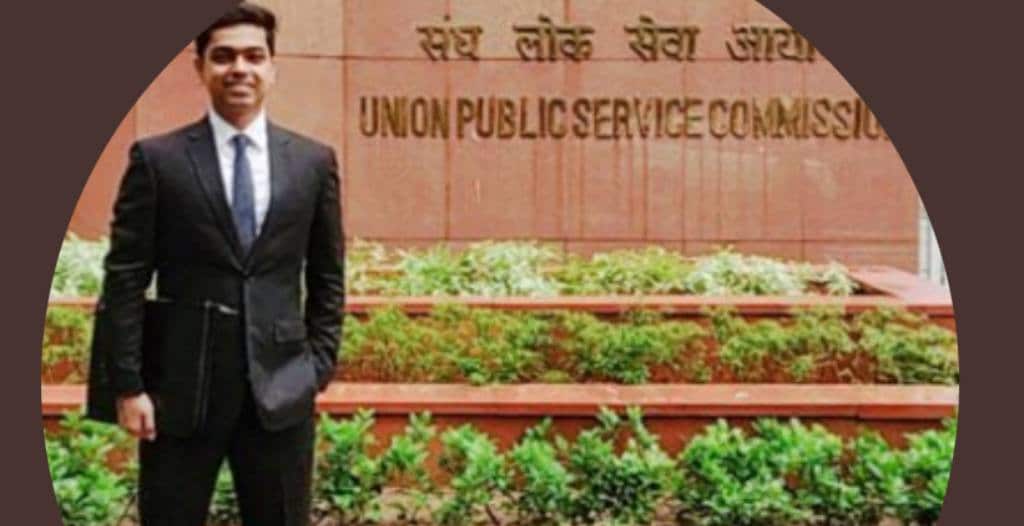 Deeksha is a content writer at Ufaber EduTech. She writes well-researched, SEO-friendly articles to satisfy the reader's search intent. Until now, she has written over 300+ articles for various websites on different genres. She goes by the motto “flowing like a river, rather than an immobile pond.” She is a headstrong girl who follows her heart. Apart from this, she is a nature lover, bibliophile, dancer, artist and skilled cook. She is set on her journey to unveil the mysteries of life.