People know the degree of competitiveness of the civil service exam and how it is conducted under the Union Public Service Commission (UPSC). The dream of being an IAS officer starts paving its way after the candidate is selected for the training period of IAS in LBSNAA. LBSNAA is another world for civil servants, and here we will discuss it to an extent.

LBSNAA is an esteemed institute of India for the training of civil service aspirants. LBSNAA stands for Lal Bahadur Shastri National Academy of Administration located in Mussoorie, Uttarakhand. The purpose of the academy is to conduct the training of IAS civil servants and Group-A Central Civil Services. The Civil Service Office comes under the Department of Personnel of the Government of India. The director of LBSNAA is equivalent to the post of Secretary to the Government of India. The current director of LBSNAA as of 1st January 2019 is Dr Sanjeev Chopra.

How to Get Selected in LBSNAA?

For aspirants to get selected in LBSNAA, they have to crack the Civil Service Examination (CSE) scheduled by Union Public Commission Service (UPSC). Afterward, they are chosen for the LBSNAA training period as an Indian Administrative Officer or as a Group-B officer. The CSE examination consists of three phases, as follows:

#. The Mains Examination that consists of descriptive answers.

#. Personality Test which is a half an hour interview conducted by the board members after cracking the main examinations.

An individual candidate has to score minimum qualifying marks in every examination to move towards the further rounds. Once they have cleared all three games, they are selected for the LBSNAA training period as an IAS or a Group-B officer.

LBSNAA was founded by the then Home Minister, Govind Ballabh Pant. On 15 April 1958, the honourable Home Minister announced in the Lok Sabha of setting up a new National Academy of Administration where training would be given to the civil service recruits. Following the command of the Ministry of Home Affairs, the IAS Training School in Delhi and IAS Staff College in Shimla came together to form the National Academy of Administration at Mussoorie in 1959.

Induction Training for the Direct Recruits

Foundation Course is a 15 weeks course given to every Officer Trainee of All India Services at the LBSNAA. This includes trainees from Indian Administrative Service, Indian Police Service, Indian Forests Service, Indian Foreign Service, and various other Central Services from Group-A. After the completion of the Foundation Course, IAS officers continue their training at LBSNAA, whereas the officers from other services proceed for further studies in their respective staff college. The course is commenced once every year from September to December.

IAS Phase-1 is a 26 week-long course and it is divided into two parts.

After the completion of the Foundation Course, the trainees are divided into groups and are taken to tour India where they can learn the diversity and heritage of the country. The trainees get the privilege to meet higher dignitaries, including the honourable President of India. Every group is associated with a different executive/defence/administrative institution for an in-depth understanding. Part of the Bharat Darshan is a week-long stint at the Lok Sabha Secretariat, Delhi for Bureau of Parliamentary Studies.

The academic module involves a 15 week long LBSNAA training period. The day at LBSNAA for an IAS trainee begins at 6 in the morning with an exercise drill. The module has various academic sessions, including soft skills, land management, policymaking, national security, project management, e-gov, and many more. The trainees are also engaged in various activities during evening hours and holidays like cultural activities, trekking, adventure sports, horse riding, cross-country runs, etc.

District training is year-round (52 weeks) and is the most difficult one in the LBSNAA training period. Trainees are taken to the district level for on-job training. The district training helps the IAS trainees to learn the basic skills and work of administration.

IAS Phase-2 is approximately a six-week-long course. The focus of this course is to make the learnings of the trainees stronger which they have accumulated in the previous one year through different courses. It allows the students to share their learnings of the administrative practice. They also allow for the trainees to discuss various problems and strengths of the administration and governance. Special sessions are also conducted by distinguished subject matter experts from or out of the government.

Once the trainees have completed their induction training period of IAS in LBSNAA, they join their respective departments for the duties. However, a few years ago, a higher-level committee suggested that the IAS officers must hold a certain amount of experience of Central Secretariat’s working. Following that, now all the IAS officers receive the title of Assistant Secretaries. The IAS trainees work under their respective Joint Secretaries for a few months on a central deputation.

Also Read: What is the BIMSTEC? A Detailed Guide to BIMSTEC and SAARC for UPSC Aspirants

There are no IAS training fees at LBSNAA. The LBSNAA impose minimal monthly accommodation charges, which include electricity and water charges as follows:

This gives us a picture of how enriching the training period of IAS in LBSNAA is. The trainees are given the overall development so they can provide their best service to the nation. Afterwards, all the hard work of day-long studies and other preparation for the exams is paid off. So, if you also want to get selected for LBSNAA, then do join UPSC Pathshala and get all the study material and best preparations for the CSE. 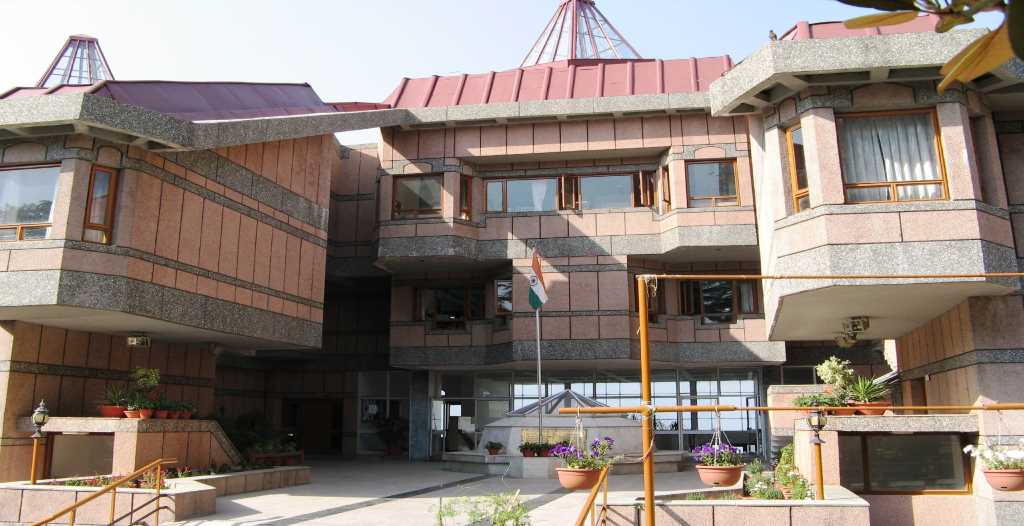 Article Name
Training Period of IAS in LBSNAA: Details of Courses & Field Training Provided by the Institute
Description
Humongous knowledge and experience lie behind the three phases of CSE in the training period of IAS in LBSNAA. Let us dive in and learn more about what those lucky aspirants learn at LBSNAA
Author
Shilpa dutta
Publisher Name
UPSC Pathshala
Publisher Logo

IAS Training Period Salary: Here’s the Payscale You can Get in the Initial Stage of the IAS Journey