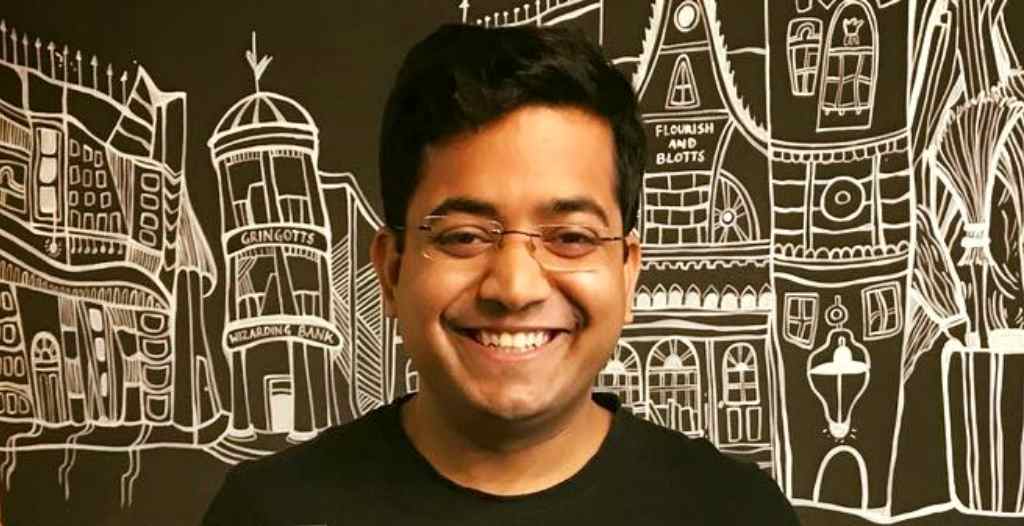 Who is Roman Saini? Wiki, Net Worth & Facts about Ex-IAS Officer

Who is Roman Saini? Wiki, Net Worth & Facts about Ex-IAS Officer

It is often said that followers can never know what a leader has been through, but going through Roman Saini wiki, one can gain some inspiration and have someone to look up to.

Now you would be intrigued by the question: Who is Roman Saini? What made him so unique and distinguished that people want to know him and follow his footsteps?

Roman Saini was born in Raikaranpura village, Jaipur (Kotputli Town) in a middle-class family on 27 July 1991. At a young age of 28 years, he is known for initiating one of the most successful online learning platforms for IAS aspirants.

Surprisingly Roman Saini wasn’t much into studies and disliked the idea of mugging up. Scoring high marks were never his priority. He claims to be the most active when it came to flying kites, cycling, rounds of PC video games, playing and watching cricket, etc. The people who know him believed that he had his values and ideologies when it came to prioritising essentials and non-essentials in his life.

Roman Saini has pursued his education from Rajasthan board and managed to get 85% during his high school despite not having much interest in studies. In his 12th standard, he scored 91.4%. He decided to give the exam for AIIMS (All India Institute of Medical Science) at the age of 16 and became the youngest to clear this examination. He went to AIIMS Delhi to further pursue his MBBS degree, where he also worked as a junior resident doctor.

When Roman went to medical camps, especially in poverty-stricken areas, seeing the genuinely poor faces of our country made him realise that something had to be done to uplift the society. So he decided to leave the medical profession and started preparing for civil services to solve issues from the grass-root level.

We all are aware of the fact that civil service exams are one of the most challenging exams in India, and millions of people clear this test at the rate of nearly 0.1% only. However, Roman Saini cleared this exam at the age of 22! After six months of working at NDDTC in Psychiatry, he resigned and decided to give his UPSC exams. He became the youngest IAS officer who was then appointed as a collector in Madhya Pradesh. When it came to studying resources for UPSC, he went for the Vajiram material and test series.

Medical science (optional subject) also helped him a lot. He followed the mantra, where he believed that one could achieve anything they want by overcoming the limits.

It gets difficult to cut down on resources when you have a vast amount of material and information around you. However, Roman Saini never relied on special coaching notes or classes. He went for resources like- The Hindu, Wikipedia, NCERT, IAS editorials, books, India’s yearbook important features, Moral Lexicon by Chronicle, ICERT official site, etc.

Roman Saini suggests – “As time is less, write in a precise manner instead of outdoing your introduction or answers or any diagrams for the record. To get into under that top 100 category, you must attempt at least 95% of questions.

You must be aware that UPSC isn’t much about depth or details, so don’t waste time on that. It’s better to keep a few keywords handy so that you can complete the word limit in a given time. You must have a command of your vocabulary and grammar!”

It is difficult to become an IAS as the interviewer analyses you from every angle possible. Roman Saini made some personal notes for the interview and gave a few mock interviews which helped him a lot during the final one, which lasted for 49 minutes. An impressive presentation of oneself matters a lot to set a good impression in these interviews. So, for the interview, Roman went for the light blue shirt with black pants and black shoes along with the most crucial ingredient ‘Confidence.’

Also Read : Who is Anand Vardhan Singh? How did He Achieve His Feat of becoming an IAS Officer?

To achieve anything, one must have some discipline and rules in their life. These principles make us distinct from the rest of the crowd. Roman led his life through some necessary code of conduct like not drinking or smoking, having a healthy diet, proper and sound sleep of 7 to 8 hours, and exercising daily. This routine helped him increase his cognitive powers and be more focused on his goals. During his journey, he learned many values and morals:

– It becomes your responsibility to make life decisions; otherwise, someone else will!

– Complaining about any irrationality won’t take you anywhere better; instead, it will just lower your level.

– Confidence only comes with an enormous amount of practice, but you can always have competence.

– A ship in the harbour is no good until it’s left on the water; similarly, one must at least take some calculated amount of risks in their life.

– Forget whatever everyone has ever said to you when you decide to give UPSC.

– Luck does matter, but you are lucky enough to get loads of information and knowledge, just a single touch away from the screen. So make the most of it.

Roman Saini never restricted his ambitions and goals for his career. Even though he published a research report in a very reputed medical journal, he still had that courage to leave AIIMS and jump in for UPSC full-fledged. He was all around the newspapers when he passed out his UPSC and secured 18th rank. Despite achieving the post of Assistant Collector Jabalpur, in 2016 he resigned and established an online learning platform for IAS aspirants.

A Different Side of the Coin

Now we all are aware enough about the tag of Roman Saini IAS, but he is much more to what he describes of himself. His personality helped him to become a motivational speaker and thrill millions of minds. Apart from travelling and solving puzzles, he has a huge interest in music and to water his hobby he not only listens to music but also plays well on guitar.

From starting as a medical student to clearing UPSC, Roman Saini has had quite an exciting journey. Currently, he provides webinars and free online tutorials to various aspirants through his platform. He has a dedicated team from all career fields that upload research and study material online. Their channel not only reached millions of views but has also helped many IAS aspirants to clear UPSC with great credentials.

This is the mark sheet of Roman Saini IAS of rank 18 in 2013. He also cautions people about time management skills because these papers are quite lengthy, leaving you significantly less time when it comes to writing long essays. Perhaps practice and revision is the only possible key. However, to get these good marks, he had to undergo a lot of mock tests.

It’s quite inspiring to read the footsteps of great personalities. However, don’t forget, you can be the next one too. How you utilise the 24-hours of a day is your call. In the end, Roman Saini’s story will keep motivating the students not only to achieve their dreams but also keep making their own rules.

Article Name
Who is Roman Saini? Wiki, Net Worth & Facts about Ex-IAS Officer
Description
Here’s everything you need to know about who Roman Saini is. Read on to learn more.
Publisher Name
UPSC Pathshala
Publisher Logo