Born on 25th June 1985,  in Agra, Uttar Pradesh, Durga Shakti Nagpal is a braveheart IAS who has not only been on toes for serving the country whenever and however needed, she is also seen as an inspiration to the women of our nation.

A lot of news is trending right now on the internet about IAS Durga Shakti Nagpal, her suspension, rank, current posting, biopic and many more things. Here is this article, we are going to unfold every page of this famous IAS officer’s life. So, without wasting any more time, let’s dig into the details of Durga Shakti Nagpal biography.

Let’s have a look at these quick wiki facts before we dig deeper into Durga Shakti Nagpal biography.

#Grandfather- Ghanshyam Nagpal. He was a police officer who got murdered in 1954 while serving the nation in Sadar Bazaar, Delhi.

#UPSC Rank- She achieved an All India Rank 20 in the UPSC exam.

#Husband- She is married to Abhishek Singh, an IAS officer turned actor.

Want to know more about who is Durga Shakti Nagpal? Keep on reading the article.

This fearless Indian Administrative officer began serving the country in the Punjab cadre in June 2011 just after cracking the UPSC. She was a trainee IAS officer there and in the period of fourteen months of her stay, she pulled out a land scam in Mohali. This was just the beginning of the undaunted IAS, Durga Shakti Nagpal.

After this, in 2012, she got married to Abhishek Singh and got designated as the sub-divisional magistrate of Gautam Budh Nagar, Uttar Pradesh but before that, she was the SDM of Sadar, Noida.

This lady IAS took a brave step forward against the sand mafia in Greater Noida. She was determined to put an end to all the illegal sand mining in the Yamuna and Hindon river banks. To stop those activities, she developed a special investigation team and ended up confiscating 24 dumper trucks, 300 trolleys and also arrested 15 people who were engaged in that illegal operation.

Fast Wiki Facts on Her Designation

#SDM of Gautam Budh Nagar, UP.

#Board of Revenue, Lucknow.

The UP government suspended IAS Durga Shakti Nagpal for demolishing a wall of an under-construction mosque in Kadalpur village, Greater Noida. The government filed a charge sheet against her and said that she had no authority to demolish that wall and her action was causing communal tension.

What was the Reaction of the Public after Nagpal’s Suspension?

Witnessing the massive protest from all sections of the society, the UP government revoked her suspension on 22nd September 2013 and she was appointed as the Joint Magistrate of Kanpur Dehat on 5th October 2013.

Where is Durga Shakti Nagpal Now?

IAS Durga Shakti Nagpal’s current posting is in the Department of Commerce, Ministry of Commerce & Industry, Government of India. She has been working as the Deputy Secretary there since 19th July 2019.

In the year 2013, Durga Shakti Nagpal IAS became the headline of all the newspapers and channels due to her brave step in putting an end to illegal mining of sand from the Ghaziabad area.

Inspired by the fearless journey of IAS Durga Shakti Nagpal, renowned film producers, Sunir Kheterpal and Tobby Grewal on 9th December 2019 announced that they will be collaborating to bring the biography of Durga Shakti Nagpal on the big screen.

As per the press release, released by makers, the biopic will be produced by these two famous personalities for Red Ice productions.

Kheterpal stated, “Inspirational stories are the ones that need to be told and this one is about a brave soul who is an epitome of courage. Durga Shakti showcases a kind of courage and grit that inspires everyone to choose the right path which is of idealism and righteousness”.

Nagpal’s Take about Her Biopic

Nagpal said about her biopic, “My biopic must inspire girl child, parents. Given a chance, I would love to revive it all again as within a span of 3-4 months I learn more than what I would have learned in 4-5 years. Whatever I am is because of my parents and upbringing. They made me brave, bold and courageous. I want that to be portrayed in the movie”.

Inspiring real-life stories always helps you get motivated enough to focus more. Biographies like Durga Shakti Nagpal’s help you even better. So, how did you like this inspiring journey of this braveheart IAS? Motivating enough? Do you also want to become a part of the most prestigious occupation in the world? Dreaming of becoming an IAS? Well, all your dreams can come true if you start preparing for the upcoming UPSC with the right strategy.

To become a successful civil servant, it is important that you start preparing for the exam on a very serious note and take each part of the exam very seriously, be it the preliminary test, optional subjects, mains or the interview round. To get the desired rank and success, you must start now.

Waste no more time daydreaming and looking for the right guidance here and there. Check out these fabulous courses offered by UPSC Pathshala and pick the best for yourself. Let’s ace UPSC this year with the best strategy. Best of luck! 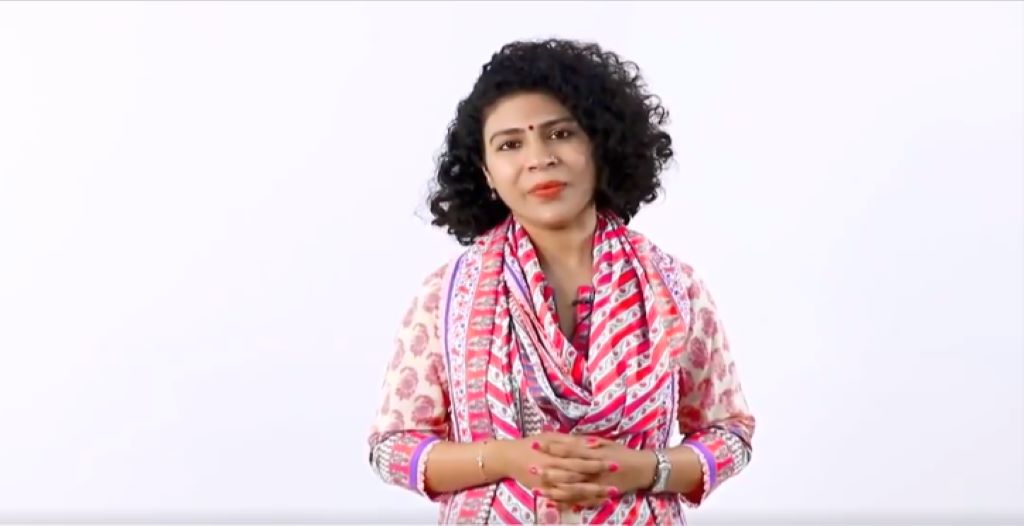 Environment and Ecology Books for UPSC: Here’s the Syllabus & the Best Books to Refer